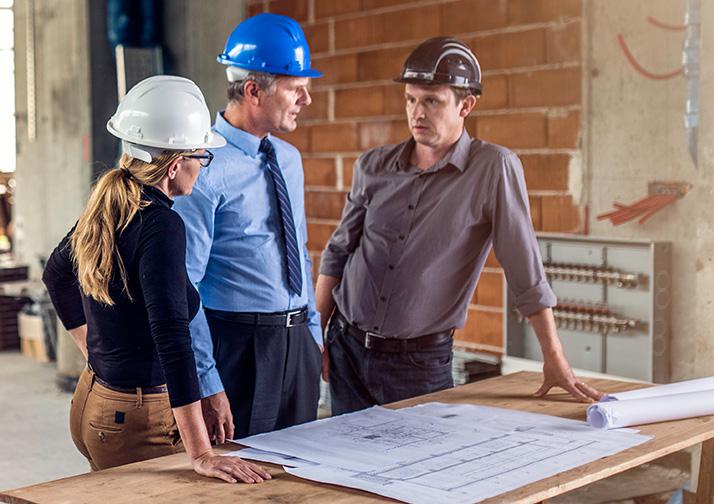 Construction projects involve highly complex planning and execution, and although things are usually designed to go right the first time, it is always possible for something to go wrong. In these instances, a building dispute can pose serious problems for everyone involved, with the clearest example of this being delays to the construction project and the resulting financial loss. It’s often hard to plan for disputes because they can often relate to a multitude of things – disputes may involve a disagreement over the interpretation of a contract term, incomplete or defective execution of the project, variations to the scope of works or charges for items related to the project. To give you a better idea of wat occurs in such a dispute, in this article we take a look at what your available options might be.

It’s not too difficult to tell when a construction dispute lawyer is required to be brought in, but there are also oftentimes times when it is not so clear. For instance, bringing a building dispute matter before a relevant legal body can quickly serve to worsen the issues between the respective parties. This, of course, leads to even further delays of the project and spiralling costs – not just from the project, but the costs related to the tribunal appearances. Increasingly strained relationships make moving forward even more difficult in these instances – for this reason, a third party is a good idea to introduce some clarity to the situation. A relevant third party in this case would potentially be Alternative Dispute Resolution, or ADR for short. The ADR process involves an impartial third party offering assistance in reaching an early settlement of the matter (which is something both parties would ideally like). It is also the case that construction contracts often contain ADR clauses that specify the approach to be used in the case of a dispute developing – the associated ADR method may be termed as being facilitative, advisory or determinative.

The different approaches to ADR

Different ADR approaches and their implications should be understood before undertaking a project, as well as the ability to apply the most suitable ADR type to the right circumstance. In the case of facilitative, a building dispute may be resolved through mediation which involves a neutral third party meeting with the parties to assist them in working through the issues that are being disputed. From there, options are explored in a way to most easily reach a solution. Basically, this mediator walks the parties through the issues and encourages them to engage in productive negotiations – this way it is also possible to preserve a commercial relationship. Advisory ADR also involves the appointing of a third party who will then provide advice regarding the facts and appropriate law and possible resolutions. this third part provides non-binding evaluations of the strengths and weaknesses of each side, relevant liabilities and an estimate of damages. Finally, determinative ADR involves an independent expert with appropriate technical making a determination related to the respective parties’ written submissions, statements and evidence. It is also possible that the construction expert may conduct their own investigations.

The right solution for you

The resolution approach you decide to take will often depend entirely on the relevant contracts and requirements of the dispute itself – regardless of the approach you choose, though, ADR can certainly help parties resolve a matter without the huge cost and fallout of a tribunal resolution. Feel free to contact Roth Capital for the right solutions for you.