The death of Florida nursing home residents whose air-conditioning failed last week during Hurricane Irma highlights the tragic consequences of some of our most vulnerable citizens during a natural disaster.

So, it’s easy to assume evacuating nursing home residents in such situations is the safest option.

But our review shows evacuation can cause more harm than staying put. So we need to take that into account when planning for the next natural or man-made disaster.

Disasters can be caused by natural hazards (an environmental process or phenomenon, like a cyclone) or man-made ones (technological or industrial conditions, like a nuclear accident).

And disasters are more likely to affect older people because they are physically frailer and often require supportive care. For instance, when Hurricane Katrina battered the US Gulf Coast in 2005, almost half of the people who died were over 75.

Disasters from natural hazards, like Australia’s recent Tropical Cyclone Debbie in Queensland, are expected to increase in frequency and intensity due to climate change.

We analysed the results of ten studies involving nursing home residents who had been evacuated during natural or man-made disasters.

The most common cause of death was pneumonia, which was attributed to poor living conditions once evacuated.

Residents most likely to die after an evacuation were over 80, frail, dependent on others for their care, men, and those with multiple illnesses.

Why can evacuations kill?

Standard evacuation procedures might not work so well for nursing home residents for a number of reasons. Residents’ cognitive impairment and lack of mobility could compound the physiological stress of evacuation. This stress, coupled with unintentional changes and errors in how residents are cared for during a disaster, may increase their risk of dying prematurely. 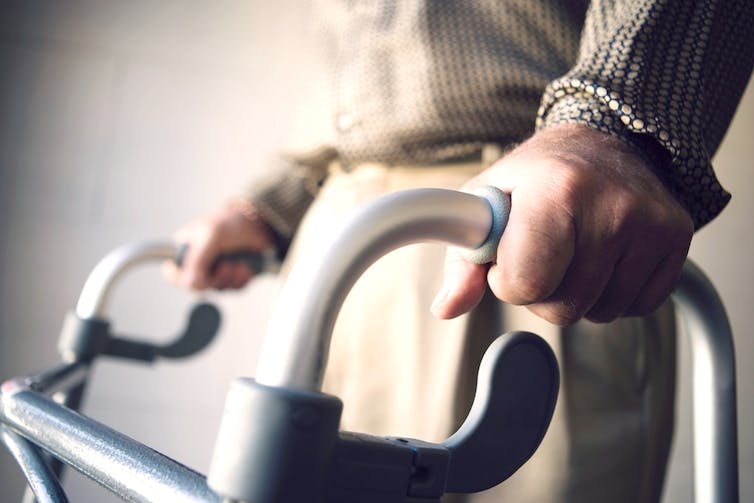 Evacuations can lead to direct injuries, like falling over, or indirect problems, like existing heart disease worsening because of the increased mental and physical demands in relocating.

Similarly, the disaster can cause direct injuries, like drowning in a flood, or indirect ones, like a flood preventing essential resources (like food and medications) from reaching residents.

People with a family member in a nursing home should be made aware of the home’s disaster response plan. This includes plans to respond to likely scenarios specific to its local area, and where residents could be evacuated.

It might be better to evacuate in some disasters (for example, nuclear disasters). But for others, it is better to seek other alternatives, like sheltering in place (for example, cyclones). In reality, the preferred response may not always be available or practicable.

The unpredictability of disasters, lack of appropriate transport, immobility of residents or the availability of a safe place to go poses challenges. Similarly, sheltering in place may not be practical due to a lack of staff, supplies and power generators.

How do we plan for future disasters?

This heightens the need to have a well-prepared evacuation plan that includes the preferred response and contingency plans.

When planning for future disasters we need to identify residents who are more likely to benefit from being evacuated and those who need to shelter in the nursing home.

We also need to plan for managing a nursing home after an evacuation. While it’s easy to focus on the needs of residents, this is also a time of mental and emotional stress for carers, who may be short-staffed due to death, injury or exhaustion, dealing with their own grief, and caring for residents. 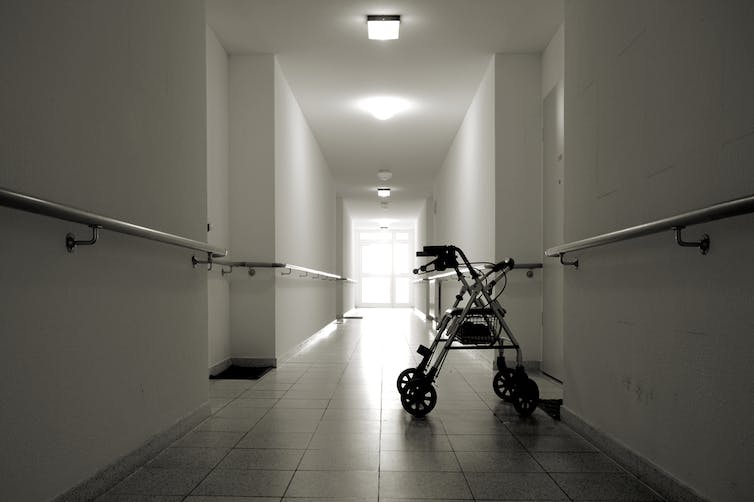 We also need to plan for what happens in nursing homes after some residents have been evacuated, and staff are under pressure. from www.shutterstock.com

Including nursing homes in state or national disaster plans could improve outcomes for residents in disasters. During Hurricane Katrina and Rita in the USA, nursing homes received little support from federal, state and local response agencies during or after the disasters.

We also need to coordinate disaster plans with multiple agencies. This includes nursing homes, which may both evacuate and shelter residents and emergency services, which may help to develop and prepare people to implement those plans. Governments, hospitals, search and rescue agencies and those who provide the necessary supplies and equipment should also be part of a coordinated approach disaster planning.

Plans might include giving priority to vehicles carrying nursing home residents where there’s lots of slow-moving traffic. This would shorten travel times and reduce residents’ stress.

Communicating with residents’ carers should be a high priority during evacuations. Specific protocols should also be in place to ensure residents receiving the right type of ongoing care both during and after evacuation. This must include carers being able to access residents’ medical records.