If same-sex marriage is legalised, Safe Schools and others like it will be mandatory in schools. 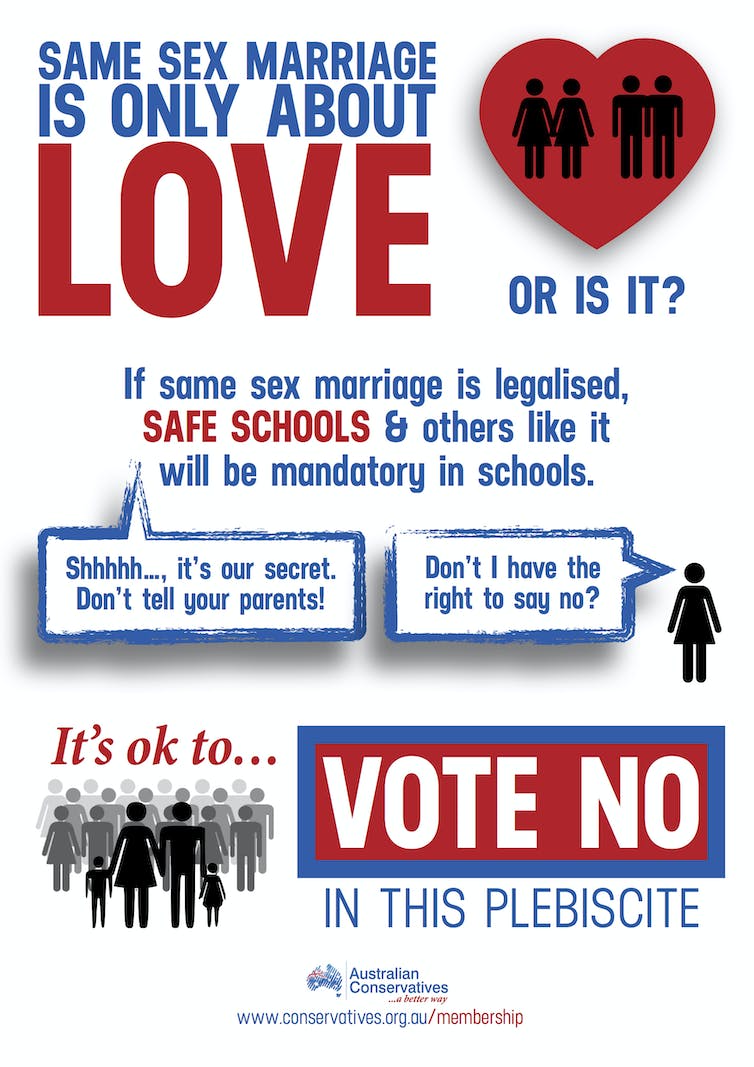 Campaigning for and against same-sex marriage continues as Australians respond to a national voluntary postal survey asking whether same-sex couples should be able to marry under Australian law.

“Vote No” campaign material distributed by the Australian Conservatives, a political party founded by Senator Cory Bernardi, claims that “if same-sex marriage is legalised, Safe Schools and others like it will be mandatory in schools”.

Let’s look at the facts.

The Conversation contacted the Australian Conservatives requesting sources to support the claims made in the party’s “Vote No” campaign material, but did not receive a response.

The information published in the Australian Conservatives “Vote No” campaign material is incorrect and misleading.

There is no link between the federal Marriage Act and the Australian Curriculum.

The Safe Schools program is a resource for schools and teachers to use at their own discretion. It is not a “mandatory” part of any national, state or territory curriculum – and never was. Making such programs mandatory in the classroom would be inconsistent with curriculum policy and practice in Australia.

There is no link between same-sex marriage and Safe Schools

However, because such claims are being made, let’s take a closer look.

What is the Safe Schools program?

The Safe Schools Coalition Australia was first established by the Victorian Government in 2010. It’s now a national network convened by the Foundation for Young Australians, and delivered by partner organisations in several Australian states and territories.

The Safe Schools program provides optional resources for secondary schools, including professional development for teachers and one classroom-level teaching resource designed for Year 7 and 8 students.

All of the Safe Schools resources are optional, and not a mandatory component of any national, state or territory curriculum.

Schools that choose to participate in the Safe Schools program are expected to make their own judgements about which policies and practices they adopt and which resources they use.

The Safe Schools program is supported in some form by several state and territory governments. But it is not a compulsory part of the curriculum in any Australian jurisdiction.

The Safe Schools program received federal funding for four years, but this ended in June 2017. Some state and territory governments have committed to continue funding the program to make it available for government schools. Independent (non-government) schools set their own policies about which programs they will fund and/or implement.

Victoria, the Australian Capital Territory and Western Australia will continue to fund the program. South Australia is funding a revised version of the Safe Schools program.

Safe Schools will continue to provide professional development for teachers in Queensland, although the government is yet to confirm whether it will fund the program when its federal allocation runs out in October.

Tasmania and New South Wales will not be funding the program, with both states replacing it with other anti-bullying resources.

In March 2017 the Victorian Department of Education and Training took responsibility for the delivery of Safe Schools in that state. The Victorian government has said that it will expand the program “to all government secondary schools by the end of 2018”. But as the government has outlined, schools will have discretion about using the program:

The Safe Schools program helps schools foster a safe environment that is supportive and inclusive of LGBTI students. How this commitment is realised is determined by each school, based on its local context and the needs of its school community.

Safe Schools is not a subject in the curriculum, nor is it prescriptive in any way. Schools have the discretion to use as many or as few of the resources, training materials, and other support that the program offers to help them deliver their commitment.

Safe Schools is not a ‘mandatory’ part of any Australian curriculum

Investigate the benefits of relationships and examine their impact on their own and others’ health and well being.

Teachers following the Australian Curriculum are expected to teach this content, but there are no compulsory lesson plans, activities or textbooks.

The Safe Schools program is one of many sets of optional resources available for teachers.

Making any of these lesson plans or resources compulsory would be inconsistent with curriculum policy and practice in Australia, which regulates the subjects and content students are taught, not any resources used at a classroom level.

The verdict is valid. The explanation provided is accurate and balanced, and the source material is correct and appropriate.

The resources that teachers use in implementing their lessons is a matter of professional judgement in the context of the particular needs of their students.

There are no outcomes or content descriptions in either the Australian Curriculum or various state/territory curriculum documents that would require teachers to use the Safe Schools resources. – Philip Roberts

The FactCheck is correct. Whether or not same-sex marriage is legalised has no bearing on whether states or schools would engage with any particular teacher professional development or learning resource.

Others claim “curriculum” consists of all the planned learning offered to students. Using this definition, if an individual school or state required Safe Schools to be part of the student learning experience, then it would become a mandatory part of a school curriculum. Even in such cases, the engagement with any program would be the responsibility of individual schools. Again, this has no relation to the outcome of the postal survey, or any subsequent legislation.

In conclusion, the FactCheck verdict is correct. Safe Schools will not be made mandatory in schools as a result of same-sex marriage being legal in Australia. – Murray Print 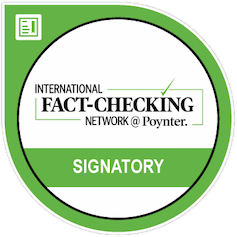