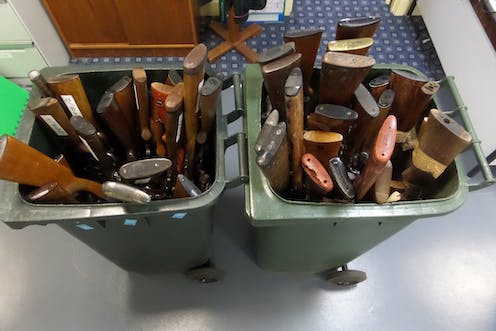 America’s worst mass shooting in recent history has left some in the US looking to Australia for lessons on how best to implement gun control.

While there are important questions we should be asking about the current state of gun control in Australia, many of the claims about how well or poorly it is working oversimplify the issues of control and compliance.

Further reading: Imported factoids should have no place in Australia’s gun control debates

Left up to the state and territories

Australia has largely been considered the global poster child of gun legislation since the Port Arthur massacre in 1996 inspired the National Firearms Agreement.

The agreement is a national guideline; each state and territory has the responsibility and jurisdiction to implement their own legislation. Differences between states are therefore inevitable.

Like all legislation, firearms laws also evolve and change over time. This is the right course of action: policymakers ought to respond to society’s changing needs. In some instances, this may mean tightening restrictions. In others, it may mean loosening restrictions that are not contributing to community safety.

Some of these similarities and differences between Australian jurisdictions include:

Each state must decide how best to implement the National Firearms Agreement in ways that allow them to enforce it and foster compliance. Each will have its own capacity to do so, as well as its own political, social, and community contexts that shape the state’s laws.

The agreement’s most pertinent provisions remain intact. One of its primary benefits is not the specific ways in which it has been implemented, but that it provides a basis for the socialisation of firearms. It provides important norms about how and why firearms should be used, how to store them safely, and how to prevent them from getting into the hands of those who pose a danger.

A recent report claimed that despite restrictions, all Australian states and territories allow minors access to firearms. In general, a minor’s access to firearms is allowed under specific conditions, and this is a departure from the original 1996 agreement and its revision in 2017. However, this is an over-simplification of reality.

Young people growing up on rural farms will inevitably need knowledge of firearms to use them responsibly. Early socialisation under adult supervision is hardly problematic in this instance. If people choose to take up firearms for sport or use on the land, we should want them socialised into responsible users of these firearms from an early age.

There is no peer-reviewed evidence we know of that suggests minors with access to firearms under these conditions in Australia is problematic.

Further reading: How US gun control compares to the rest of the world

Compliance hinges on co-operation and a common-sense debate

Compliance with firearms legislation requires co-operation between lawmakers, police, gun dealers, and those with a legitimate interest in using firearms.

There are many instances of this type of co-operation working well. For example, the recent firearms amnesty, which aimed to reduce the number of unregistered firearms in Australia, was supported by several groups that represent legal gun owners.

For co-operation to continue, discussion of firearms legislation, implementation and compliance must refrain from extreme views at either end of the spectrum.

Extreme views do not allow a commonsense debate to take place. Instead, they restrict the ability of law enforcement and policymakers to respond to concerns about gun-related crime and violence.