If more sightings of an endangered species are recorded, does that mean its numbers are increasing? Australia’s native forest logging industry is arguing yes.

On the basis of an increase in sightings of Leadbeater’s possums, advocates for Victorian native forest logging industry has proposed to downgrade the possum’s conservation status from critically endangered (thus facilitating ongoing logging in and around potential habitat in Victoria’s Central Highlands).

But while this sounds reasonable, increased sightings aren’t always a reliable measure of endangered species’ viability. Often, an increase in sightings can be attributed to two things: either more people are trying to spot the animal in question; or new work that has used different parameters to previous studies.

Read more: Victoria must stop clearfelling to save Leadbeater’s possum

Why more sightings may not mean species recovery

One of the ultimate achievements in successful conservation is to downlist a threatened species – for example from critically endangered to endangered, or from endangered to vulnerable. But this requires high-quality, long-term survey data that shows substantial recovery, as well as proof that the key threats to a species’ persistence have been truly mitigated.

An example of a failure to do due diligence was the woylie in Western Australia, (also known as the brush-tailed bettong). It was downlisted in 1996 but then within 3 years suffered an enormous and still not well understood population crash (from which it has still not recovered). Its conservation status was uplisted in 2008. 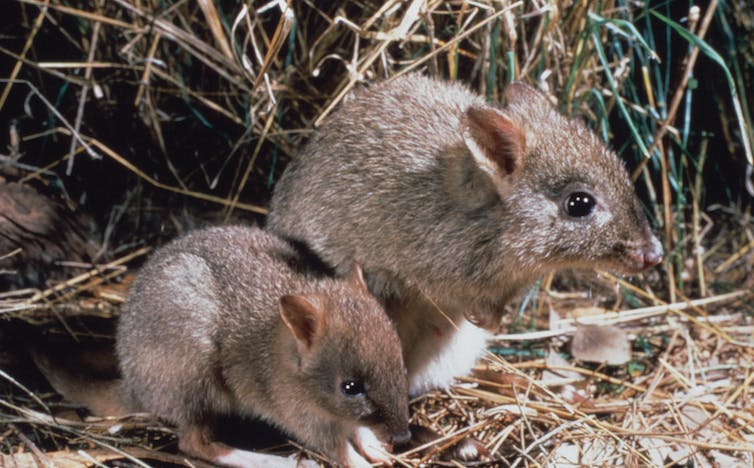 There have been more records of Leadbeater’s possum in the last few years, but this growth is most likely a function of a large increase in the amount of effort invested in trying to find them.

In areas zoned for timber harvesting, locations with a confirmed Leadbeater’s possum sighting are excluded from logging. This has motivated large numbers of people who are concerned about the plight of the possum to devote many hours to finding animals.

The detection of more animals with greater searching is a well-known phenomenon in ecology and other disciplines. Last year, for example, sightings of wild tiger populations rose by 22% – but further investigation found that the increase was most likely caused by changes in methodology and greater effort in surveying.

In fisheries this relationship is termed catch per unit effort. For example, even with rapidly declining numbers in a fishery, the number of fish caught can stay the same or even go up when more efficient and targeted techniques are adopted. Sadly, this intensified effort can often cause fish stocks to collapse.

The real evidence on Leadbeater’s possum

As stated earlier, the first critical piece of evidence required to justify downlisting is robust evidence of long-term improvement in population size. So what does the evidence tell us about Leadbeater’s possum?

For more than 34 years, the Australian National University has monitored Leadbeater’s possum including at more than 160 permanent sites since 1997. This large-scale, long-term data set shows that the possum is in significant decline. Over the past 19 years, the number of survey sites where the possum was detected has dropped by almost two-thirds.

The second critical requirement for delisting is evidence that the key processes threatening the species have been mitigated.

One of the principal threats facing Leadbeater’s possum is the rapid ongoing decline in large old trees which are the sole form of natural nesting sites for the species.

As part of ecological surveys in the wet forests of Victoria, which have been running since 1983, the Australian National University has been collecting information on hollow-bearing trees. The most recent analysis of this large and long-term data set suggests that if current declines continue, by 2040, populations of large old trees may be less than 10% of what they were in 1997.

Another key threatening processes which has not been addressed is fire. Victoria’s wet ash forests are extremely fire prone, in part because forests that regenerate after logging are significantly more likely to burn at elevated severity.

The significant risks facing the mountain ash forests in which Leadbeater’s possum lives has resulted in the forest itself being classified as critically endangered.

No grounds for reducing the conservation status

Efforts to downlist Leadbeater’s possum are misguided at best. The greater number of records in recent years is most likely a reflection of greater survey effort. In contrast, robust long-term monitoring data clearly shows a significant decline in population.

Most importantly, the key processes causing the decline of Leadbeater’s Possum (and other threatened species in the same area, like the greater glider) have not been mitigated; indeed they are intensifying (such as the increasing fire burden with increasing area of logged forest).

There is little room to gamble with these species. Leadbeater’s possum and the greater glider currently do not breed in captivity, so expensive fallback options like captive breeding and reintroduction are not viable possibilities if wild populations crash.

The loss of these animals from ill-informed downlisting would add to Australia’s already appalling record on species loss. Approximately 10% of our mammal fauna has gone extinct – the worst rate in the world, and 30 times worse than places of equivalent size, such as the United States.

More formally protected areas, and not downlisting their conservation status, is the most scientifically robust option for the conservation of this iconic animal (and others like the Greater Glider).