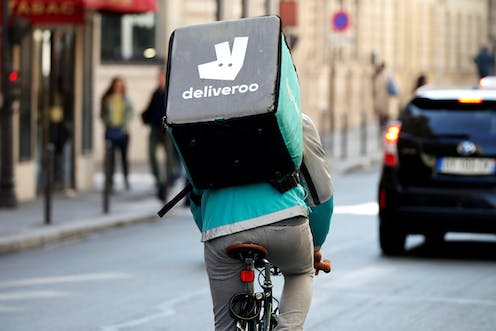 As a brave new generation of Australian workers enter the gig economy (such as Uber drivers, Deliveroo riders, etc), serious questions remain over how these workers will fare financially in the long term.

The gig economy creates cohorts of new workers (contractors) who potentially won’t have enough retirement savings. According to a recent study, around 100,000 workers (or 0.8% of the workforce) who make their living through the gig economy are likely to miss out on superannuation payments.

The gig economy compounds the problem of Australian workers being left under-covered by their superannuation. This follows an increasing trend of non-compliance by employers with the Superannuation Guarantee laws.

According to Industry Super Australia, employer non-compliance in 2013-14 amounted to A$5.6 billion. Over 2.7 million workers were affected. Non-compliance takes various forms, but in the end it is a cost-reduction measure by employers.

To protect the financial interests of gig economy workers, we need to act fast to create new work categories that will ensure these workers are not left financially crippled in retirement.

Superannuation is big business in Australia. Over A$2 trillion is invested in the super system. This is largely a result of the Superannuation Guarantee regime introduced around 25 years ago.

The law compels employers to make superannuation contributions on behalf of employees. The policy goal is to provide enough retirement income for workers, ultimately relieving pressure on the publicly funded age pension.

However, non-compliance has significantly undermined this goal. The gig economy compounds the threat because work arrangements can be tailored to fall outside the current definition of employment.

Sham contracting is common in the gig economy. This involves employers claiming the worker is not an employee as defined in the Superannuation Guarantee legislation but is instead an independent contractor.

A Senate report highlighted the seriousness and scope of sham contracting. It’s a particular concern for workers who will have most reliance on Superannuation Guarantee savings in retirement.

Uber provides a case in point. Uber’s determination to classify itself as a technology company belies the relationship it has with its drivers. Uber exercises a high degree of control over conditions of work, pricing and performance expectations.

Uber is a significant example due to the number of drivers it has attracted. The Australian Tax Office estimates that more than 100,000 people have been paid for ride-share work in Australia in the past two years.

A recent landmark case in the UK rejected Uber’s assertion that its drivers are self-employed. The court ruled that they are therefore entitled to a minimum wage, holiday and sick pay. The ruling, which Uber has appealed, affects 40,000 Uber drivers in Britain and will be a signal to other jurisdictions internationally, including Australia.

In contrast Airtasker, the digital platform enabling the outsourcing of everyday tasks, operates more as a a third party by linking customer and worker and taking a cut of the negotiated rate. Although third-party work relationships are not new – labour hire arrangements have long been a feature of the commercial world – in the gig economy they are central to the employment model.

With the gig economy growing at an extraordinary rate (with estimates of 80% growth since 2010), the problems associated with sham contracting have increased markedly.

Another significant threat to workers’ retirement incomes arises from the current exclusion from Superannuation Guarantee obligations where an employee earns less than A$450 in a calendar month from an employer. By its nature, the gig economy has many workers who are at risk of exclusion under this rule.

Aside from the gig economy, casualisation of work means many lower-income workers and those with multiple jobs, including precarious workers, are excluded from the Superannuation Guarantee.

Providing for a second category of worker (such as a dependent contractor) for Superannuation Guarantee coverage would better serve the interests of more workers while not departing from the original intended target worker of the legislative regime.

Moreover, it would reduce the capacity for sham arrangements by providing an even clearer signal to the shammers (and their cheated employees) that the Superannuation Guarantee applies to them.

Extending super to all workers

If the gig economy, like outsourcing in the traditional economy before it, leads to lower levels of overall employment but more non-employees, fewer workers will have sufficient retirement savings under current settings.

This is setting up a generation of Australian workers for dependency on the aged pension. That’s an outcome at odds with the policy aims of the Superannuation Guarantee. The result will be a social policy problem that we will be dealing with for years to come.

The way Australians work is changing rapidly. The gig economy presents many policy challenges, but one of the most pressing issues is the need to reconsider whether the notion of “employment” should remain the only criterion for Superannuation Guarantee coverage. Extending it to include dependent contractors is a very good place to start.