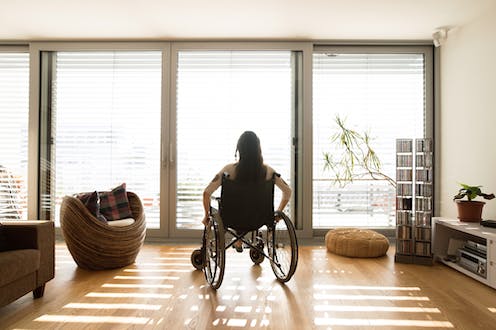 It’s widely known there are significant problems with the way the National Disability Insurance Scheme (NDIS) is operating. These problems have been reported at regular intervals over the past few months.

While we should expect hiccups with any large-scale social reform, we need to ensure we are not too easily allowing this to become a blanket response to any or every problem identified. While acknowledging the inevitability of bumps along the way, we need to keep in mind that some issues with the scheme cannot be put down simply to “teething problems”.

One such issue is that of letting participants view their draft plans for disability supports before they are finalised. The NDIS was set up to enable people with disabilities to have choice and control over their own lives. But what kind of control is there if people can’t review their plans before they’re finalised?

The issue with draft plans

When participants enter the NDIS, they go through a planning process to determine the reasonable supports they need. They then receive a plan that contains funding for them to purchase supports from providers of their choice. One widely criticised element of the process is that participants are not given an opportunity to view a draft of their plan before it is finalised.

This means the participant does not have an opportunity to correct any errors or misrepresentations in the plan. The first time they see their plan is after it has already been approved by the National Disability Insurance Agency (NDIA) that oversees the scheme. And if there are any errors, they have to go through a similar planning process all over again.

Read more: How does the scheme work and am I eligible for funding?

In June 2014, a parliamentary committee recommended NDIS participants be given the opportunity to view a draft of their plan. The committee had received evidence this was not happening in the trial sites, which was causing serious problems. This recommendation was accepted and incorporated into the planning process, with the NDIA acknowledging it would “provide an opportunity to rectify errors and to confirm the substance of the plan”.

Until the end of the trial period in June 2016, it became standard practice for participants to view a draft of their plan prior to final approval. But from July 1 2016, the NDIA decided to return to the earlier practice, causing the same set of problems all over again. No public announcement or explanation was given for this change.

We might accept this was a teething problem the first time around, but this time we need to ask some harder questions.

Why should we see a copy of the plan?

I have experienced first-hand the problems this has caused. In the 12 months since my daughter has been a participant in the scheme, we’ve had numerous problems. Many of these could’ve been avoided had we been able to view a draft of her plan.

For example, when we received her plan in early November last year, we were surprised to read our daughter lives at home “with her parents Damian and Samantha”. My wife’s name is not Samantha – not even close. Our daughter’s plan had to be reviewed immediately due to this flaw and a number of others.

This provided an opportunity for my wife’s name to be corrected, but when we received the reviewed plan – again without being given an opportunity to view a draft – I was, according to the NDIA, still married to “Samantha”.

This error – which may seem trivial but could cause significant problems – cannot be corrected without our daughter’s current plan being cancelled and a new one generated. This produces significant paperwork, taking time and energy from an already stretched family. Thankfully it does not stop us from having a functioning plan, but imagine the impact a more significant mistake might have on someone’s ability to live their life.

Read more: A history of disability welfare from ‘deserving poor’ to consumers in control

It has been suggested this will be changed as part of the NDIA’s new pathway, to “significantly improve the experience people and organisations have” with the scheme. But this has not been confirmed in the material released by the NDIA. And even if there is a change and participants are given an opportunity to view their plan, this would still not be an example of a “teething problem” being identified and rectified – because this change had already been implemented and was then reversed.

It should be noted this is not only a matter of the administrative difficulties caused by this approach. There is also the matter of treating people with the dignity they deserve.

At the heart of the NDIS is the commitment that people with disability will be enabled to have choice and control over their own lives. This cannot possibly happen if plans are being devised for people’s lives, and they do not get to see a draft. As author and NDIS participant Micheline Lee has observed:

It is not my plan if I haven’t had the chance to sign off on it or even see it!

Some of the problems with the NDIS are far more than teething problems, and it’s time for some brutal honesty about this.