Spiders are a traditional part of a Halloween scare and for some people they have been a source of fear for years. But in reality, spiders deserve to instil a sense of amazement, not fear.

Here are eight reasons (one for each leg… or eye!) to love, not hate spiders.

There are many species of spider that have evolved to look very unspiderlike in order to avoid being eaten or to sneak up on their prey.

One fantastic example is a group of spiders that look like bird poo when they curl up on a leaf. They even leave a white pool of silk to complete the effect. 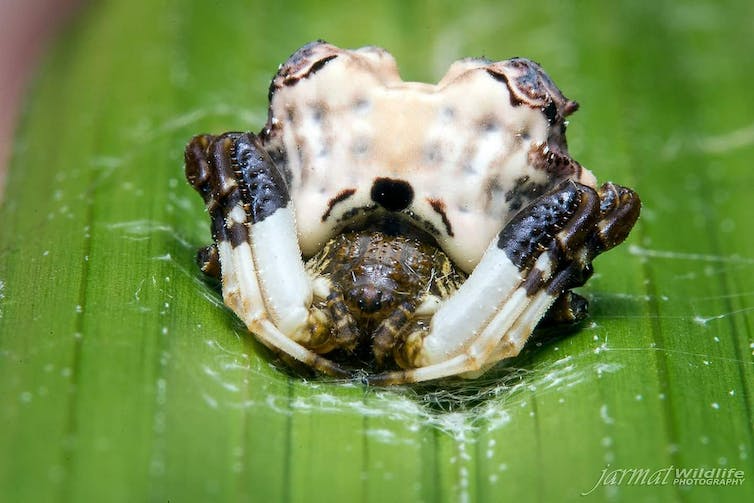 This is a sneaky strategy to avoid predation by birds, and can fool even the sharpest of eyes.

Other spiders have evolved to look like ants to such an extent that it’s very difficult to distinguish between the spiders and their hosts.

To complete the illusion these spiders even move like ants and often hold up their front two legs to look like antennae. 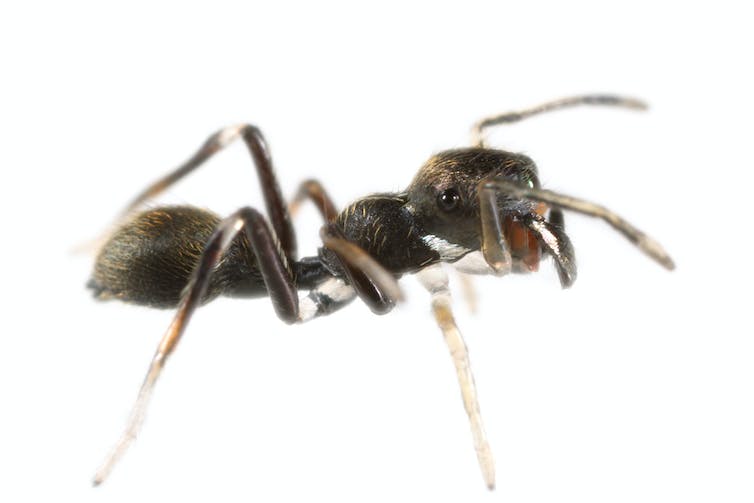 2. They love their kids

You might think they are cold-blooded killers, but some spider mums will do anything for their kids.

A wolf spider mum will carry all her offspring around on her back until they are big enough to avoid predators and catch food on their own. 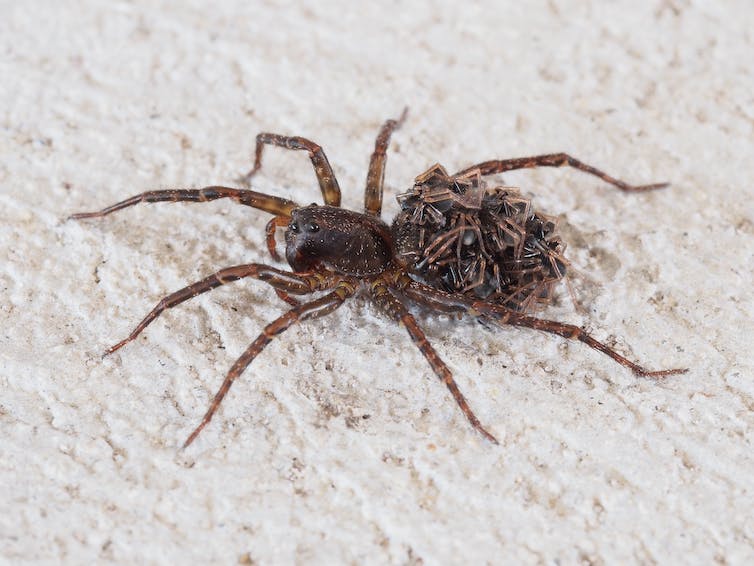 Wolf spider mums carry all of their babies around on their backs. Patrick Calmels, Author provided

There is even a spider that loves her kids so much that after they’re born she fills her body with delicious nutrients and lets her babies eat her while she’s still alive. Now that’s dedication.

Unlike your average housemate, spiders definitely pull their weight around the house.

They are quiet, clean, considerate and will happily clear out all of the unwanted bugs living under your cupboards.

Spiders are generalist predators that play important roles in controlling pests, including cockroaches and flies around your house if you’ll let them. 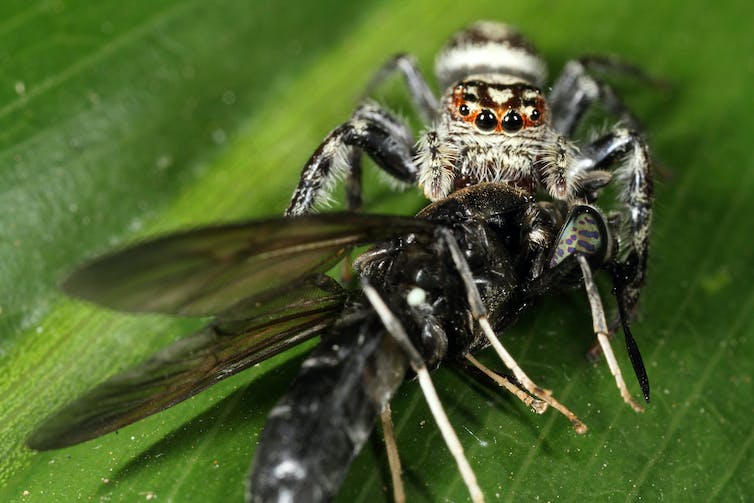 4. They have an artistic side

The large circular webs that some spiders build are primarily used to catch prey, but they can also be a canvas for spiders who like to create masterpieces.

St Andrews cross spiders are common across Australia and are well known for the striking white cross in their webs which helps them to attract prey.

But for some reason the juveniles like to get creative and often draw a circle of zig-zags. 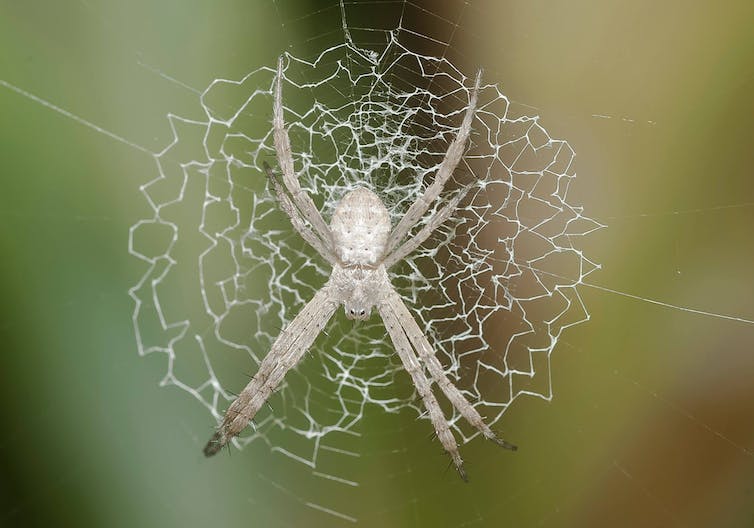 Other spiders are hoarders and store interesting things like bits of old food, snail shells, flowers and leaves in their webs.

There are even spiders who use debris to draw images of larger spiders – presumably to trick predators into thinking that they are larger than they actually are. Or perhaps it’s a self portrait.

A spider might not be the first mate you would choose to take on a fishing trip, but Dolomedes spiders are great anglers.

They live in and around the water and are able to catch small fish, tadpoles and even frogs. They can also catch you insects to use for bait. 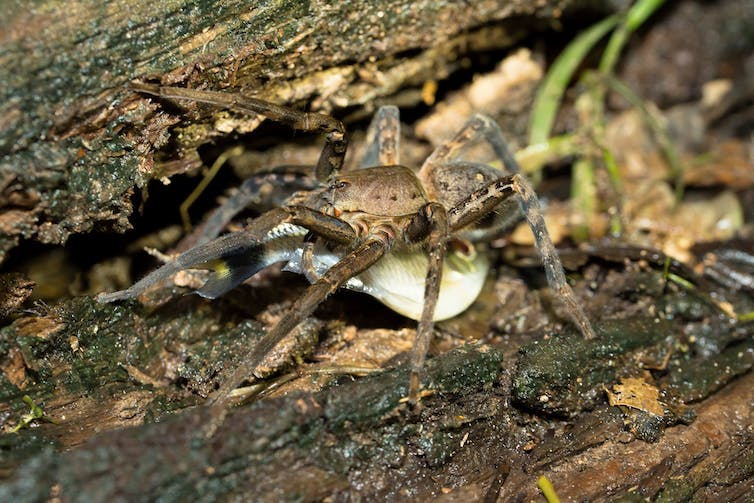 Some spiders are able to catch and eat fish. Frank Scheelings, Author provided

6. They dress (and dance) to impress

We all know it can be hard to catch the eye of that special someone, but the little peacock spiders have courtship down to an art.

In addition to the colourful patterns on their flared abdomens, the males dance with their back legs and drum with their front legs to attract a female. 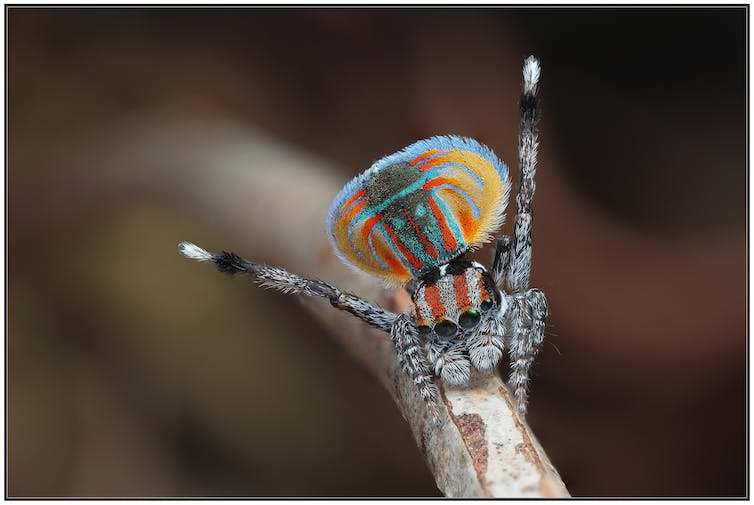 7. They can be social butterflies

Social insects such as bees and ants have communal living down to an art. But did you also know there are also social spiders?

Sociality has evolved several times in spiders, and groups will often work together to catch food and raise offspring.

In Australia there are social huntsmen who live in groups of up to 300 individuals under the bark of trees. These groups usually consist of one dominant female and many of her daughters who will help her to raise the younger generations. 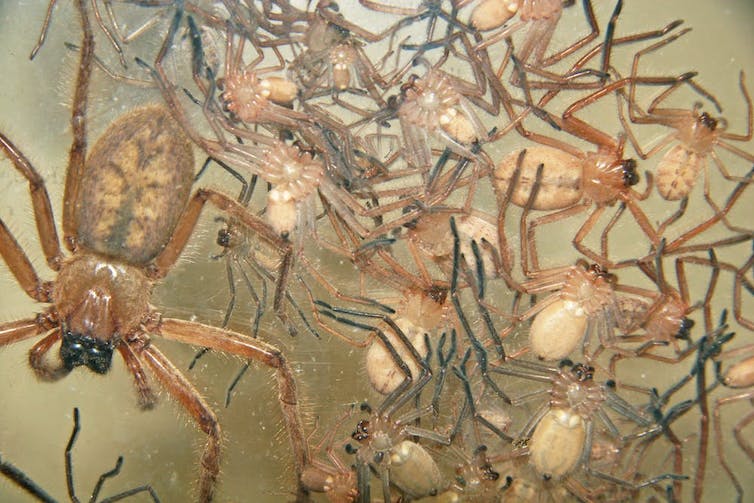 A recent study showed that less than 0.5% of all spider species pose a threat to humans, and even fewer can actually kill you.

Australians do need to watch out for redbacks and funnelwebs, but the vast majority of spiders are beneficial and will do a lot more harm than good. 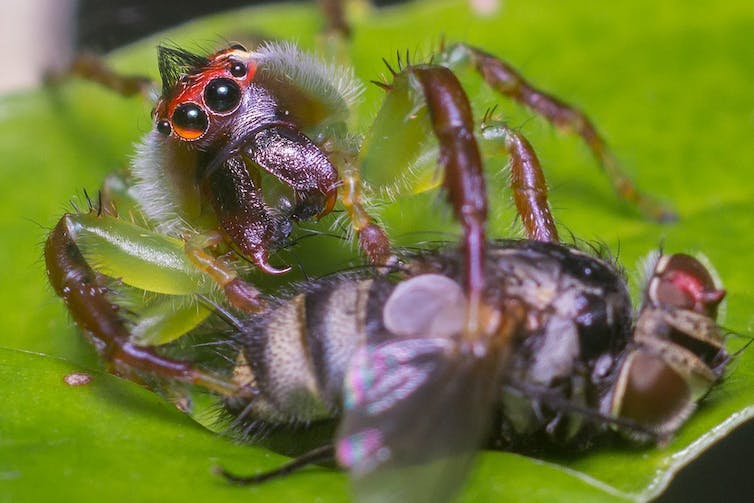 Spiders just want to help out by catching all the flies. Teale Britstra, Author provided

So don’t be spooked by any Halloween spiders you encounter this year.