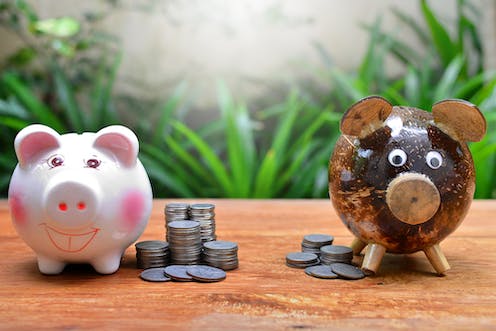 Two decades of reforms, reviews and inquiries appear to have better served the financial sector than the interests of super fund members.

At first glance Australia’s 214 major superannuation funds are performing well, giving a healthy 9.2% return on the A$1.4 trillion we have deposited with them. But there are issues with our publicly mandated but privately controlled superannuation system.

Admittedly, our current system provides a range of benefits - increasing retirement incomes, giving us plenty of choice between funds (in theory if not in practice), and investing in the Australian economy.

But the operating expenses for Australian funds consistently and significantly outstrip those in other OECD countries. Fees are high and there is little evidence that higher fees lead to better services.

In 2009 the Inquiry into Financial Products and Services in Australia recommended there be an annual check on the quality of advice. The only superannuation-related survey that has been undertaken to date found that 39% of advice was poor and only 3% was good quality. No further surveys have been conducted.

Australians are forced to contribute to superannuation funds, without the right of exit, but they aren’t protected from high fees or bad investment strategies. A nationalised superannuation system, or one that combines private and public super funds, could simplify the system and reduce costs.

Australia’s system wasn’t originally intended to be entirely privately-run, which has left us without many necessary protections (such as appropriate disclosure of fees and charges).

Australia was almost alone among OECD countries in reaching the 1980s with no national employment-related retirement income scheme. There had been at least ten attempts to set one up between the 1890s to the 1970s. All failed to win support from employers, existing superannuation funds, life offices and state governments.

An additional attempt was made in the last Parliament of the Liberal government in 1972. The incoming Whitlam Labor government also tried to introduce a national superannuation scheme in 1973, establishing the Hancock inquiry.

Consistent with its recommendations, the Hawke/Keating Labor government intended to move forward with a national scheme. However, against the backdrop of past nationalisation failures, recession, high inflation, a wage freeze, strikes, declining union membership, and the increasing discontinuation of superannuation products, the government instead privatised it.

Thus, the Hawke/Keating Labor government was a major winner of a privatised scheme gaining electoral support from a coalition of private interests.

Absent from this coalition were the fund members. There is no evidence of any consultation process with either the fund members themselves and/or any consumer representative groups prior to the development of our present, privatised regime.

The Superannuation Guarantee scheme introduced a minimum employer contribution to superannuation for most employees. This scheme was a windfall for the financial sector, as they received a guaranteed, trillion-dollar stream of superannuation contributions to look after with no exit rights for members.

The union movement would also appear to be a winner from privatisation. The privatised system allowed the unions to expand the number of their existing industry funds to earn more administration and investment-based fees. The 41 industry funds currently hold A$545.2 billion, compared to the A$587.8 billion held by the 128 for-profit retail funds.

It could be argued that the losers in this mandatory regime are the fund members who were marginalised from the outset. As it was originally intended to be a government-run system, many of the administrative processes necessary for an efficient and effective privatised system were originally absent.

For example, there were no codified accounting, reporting and disclosure requirements. No mandatory requirements for the disclosure of fees and charges. No codified audit report requirements. And, for nearly a decade, the regulator did not have appropriate constitutional powers to enforce civil and criminal penalties against non-complying trustees.

Two-decades of reforms have remedied the constitutional, auditing and accounting issues. But significant issues remain, including limitations in the disclosure of fees and charges and the related issue of conflicted payments.

In theory, there are alternative superannuation models for Australia to consider. For example, there are nationalised schemes such as the government-run Canadian Pension Plan.

All of the funds from the Canadian Pension Plan are invested by Canada’s Pension Plan Investment Board, which operates with a clear mandate to maximise returns, without undue risk of loss.

Nationalising the superannuation industry in this way appears to have benefits - members would receive the same return for equal contributions, employers and employees would only have to deal with one fund, and the amount spent on running the fund (for example on administration, marketing) would be reduced.

There is also the option of adopting a combined system, as in Norway, which features both national and privately-run superannuation funds.

In reality however, given the coalition of vested interests that have forged Australia’s existing, publicly mandated, privatised system, only the voice of the members themselves can force an honest and open debate on this important issue.