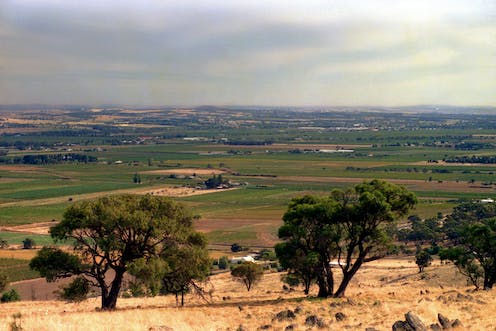 Keen students of climate politics might recognise November 30 as the anniversary of the opening of the historic Paris climate summit two years ago. But you might not know that today also marks 30 years since Australian scientists first officially sounded the alarm over climate change, at a conference hailed as the dawn of the ongoing effort to forecast and monitor the future climate of our continent.

November 30, 1987, marked the start of the inaugural GREENHOUSE conference hosted by Monash University and attended by 260 delegates. The five-day meeting was convened as part of a new federal government plan in response to the burgeoning global awareness of the impending danger of global warming.

The conference’s convenor, the then CSIRO senior research scientist Graeme Pearman, had approached some 100 researchers in the months leading up to the conference. He gave them a scenario of likely climate change for Australia for the next 30 to 50 years, developed with his CSIRO colleague Barrie Pittock, and asked them to forecast the implications for agriculture, farming and other sectors.

As a result, the conference gave rise to a book called Greenhouse: Planning for Climate Change, which outlined rainfall changes, sea-level rise and other physical changes that are now, three decades on, all too familiar. As the contents page reveals, it also tackled impacts on society – everything from insurance to water planning, mosquito-borne diseases, and even ski fields.

Read more: After Bonn, 5 things to watch for in the coming year of global climate policy

Internationally, awareness of global warming had already been building for a couple of decades, and intensifying for a couple of years. While the ozone hole was hogging global headlines, a United Nations scientific meeting in Villach, Austria, in 1985 had issued a statement warning of the dangers posed by carbon dioxide and other greenhouse gases.

Pearman wasn’t at that meeting, but he was familiar with the problem. As he wrote after the 1987 conference, the strength of the Villach statement was “hardly a surprise, as recent evidence had suggested more strongly than ever that climatic change is now probable on timescales of decades”.

Meanwhile, the Commission for the Future, founded by the then federal science minister Barry Jones, was seeking a cause célèbre. The Australian Academy of Science organised a dinner of scientists to suggest possible scientific candidates.

The commission’s chair, Phillip Adams, recalls that problems such as nuclear war, genetic modification, artificial intelligence, were all proposed. Finally, though:

…the last bloke to talk was right at the far end of the table. Very quiet gentleman… He said, ‘You’re all wrong – it’s the dial in my laboratory, and the laboratories of my colleagues around the world.’ He said, ‘Every day, we see the needle going up, because of what we call the greenhouse effect.‘

The GREENHOUSE 87 conference was hailed as a great success, creating new scientific networks and momentum. It was what we academics like to call a “field-configuring event”.

British magazine New Scientist covered the conference, while the Australian media reported on Jones’s opening speech, the problems of sea-level rise, and warnings of floods, fire, cyclones and disease

The GREENHOUSE conferences have continued ever since. After a sporadic first couple of decades, the meetings have been held biennally around the country since 2005; the latest was in Hobart in 2015, as there wasn’t a 2017 edition.

The Greenhouse Project helped to spark and channel huge public interest in and concern about climate change in the late 1980s. But politicians fumbled their response, producing a weak National Greenhouse Response Strategy in 1992.

The Commission for the Future was privatised, the federal government declined to fund a follow-up to the Greenhouse Project, and a new campaign group called Greenhouse Action Australia could not sustain itself.

Meanwhile, the scientists kept doing what scientists do: observing, measuring, communicating, refining. Pittock produced many more books and articles. Pearman spoke to Paul Keating’s cabinet in 1994 while it briefly pondered the introduction of a carbon tax. He retired in 2004, having been reprimanded and asked to resign, ironically enough for speaking out about climate change.

As I’ve written previously on The Conversation, Australian policymakers have been well served by scientists, but have sadly taken little real notice. And lest all the blame be put onto the Coalition, let’s remember that one chief scientific adviser, Penny Sackett, quit mid-term in 2011, when Labor was in government. She has never said exactly why, but barely met Kevin Rudd and never met his successor Julia Gillard.

Our problem is not the scientists. It’s not the science. It’s the politics. And it’s not (just) the politicians, it’s the ability (or inability) of citizens’ groups to put the policymakers under sustained and irresistible pressure, to create the new institutions we need for the “looming global-scale failures” we face.

While researching this article, I stumbled across the following fact. Fourteen years and a day before the Greenhouse 87 conference had begun, Don Jessop, a Liberal senator for South Australia, made this statement in parliament:

It is quite apparent to world scientists that the silent pollutant, carbon dioxide, is increasing in the atmosphere and will cause us great concern in the future. Other pollutants from conventional fuels are proliferating other gases in the atmosphere, not the least of these being the sulphurous gases which will be causing emphysema and other such health problems if we persist with this type of energy source. Of course, I am putting a case for solar energy. Australia is a country that can well look forward to a very prosperous future if it concentrates on solar energy right now.

That was 44 years ago. No one can say we haven’t been warned.