This month sees the end of Pap smears every two years for women aged 18-69 and the start of a new screening regime for cervical cancer.

As has been much discussed, women will now start testing at age 25 with a test for the human papillomavirus (HPV), then tested every five years until they are aged 70-74.

Even though the more sensitive HPV screening program will only screen women around ten times in their lifetime (instead of the current 26 times), it will save more lives.

The new screening program should also make it easier for women who have missed out on screening (or have skipped a few Pap smears) to take part.

That’s a sizeable number of women. At least one million Australian women are more than a year overdue for cervical screening. And only about 60% of women are screened every two years as recommended, a statistic that hasn’t moved in over a decade.

What makes reaching under-screened women so important is these are the ones most likely to be diagnosed with cervical cancer. About two-thirds of all cervical cancers are found in women who have never been screened or are more than 18 months overdue for screening. 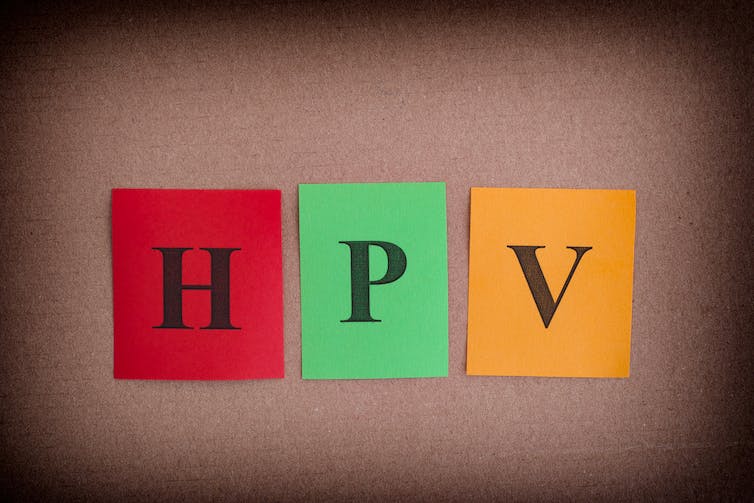 The switch from the old Pap smear to the new test for human papillomavirus (HPV) should make it easier for under-screened women to be screened for cervical cancer. from www.shutterstock.com

Easier to be screened

From this month, under-screened women should find it easier to be screened for two main reasons.

First, a new reminder system will invite all women for screening by letter on their 25th birthday, and every five years after their first HPV test. The current system only reminds women if they’re already late for screening.

Second, from next year there will be a new option offered specifically to under-screened women. Unlike the old Pap smear, which a GP or nurse collected, some women will have the option of collecting their own sample for testing (known as “self-collection”).

In trials, women who have never been screened or who are under-screened are more likely to take part in cervical cancer screening if they are offering “self-collection” rather than the reminder letters used in our current system.

Why don’t women get screened?

There are many reasons women are not screened regularly enough (or at all). These include feeling embarrassed, fearful or anxious about the procedure, perhaps after a bad experience in the past. Others say they’re unaware of the importance of cervical screening, or are too busy to make an appointment.

Read more: How to make your next sexual health check less, erm … awkward

For Aboriginal women, difficulty accessing culturally appropriate health services and education, or limited access due to remoteness are only a few factors in a complex picture of under-screening.

We know from a recent study using Queensland data that for at least a decade fewer than 40% of Indigenous women have been screened every two years.

Sadly, outcomes in terms of cervical cancer are worse for Indigenous women, with rates of new cases more than twice those in the general population.

Other women who may not be screened as often as recommended, and so are likely to benefit from the new self-collection option, include: culturally and linguistically diverse women, survivors of sexual abuse, women with disabilities, women living in disadvantaged areas, or in rural and remote areas, women who have experienced female genital cutting, and LGBTI women.

Who can take their own sample and does it work?

Women will only be eligible to take their own sample if they are aged 30 or older and are two or more years overdue for screening.

Eligible women will be able to collect a sample privately. A medical practitioner will still need to offer the self-collection option, and he or she will advise how to collect the sample.

While self-collection is not quite as effective as a doctor or nurse collecting a sample, it’s much better than not being screened at all.

Our study estimated the impact of different cervical screening decisions by a group of previously unscreened women who were eligible for self-collection tests. 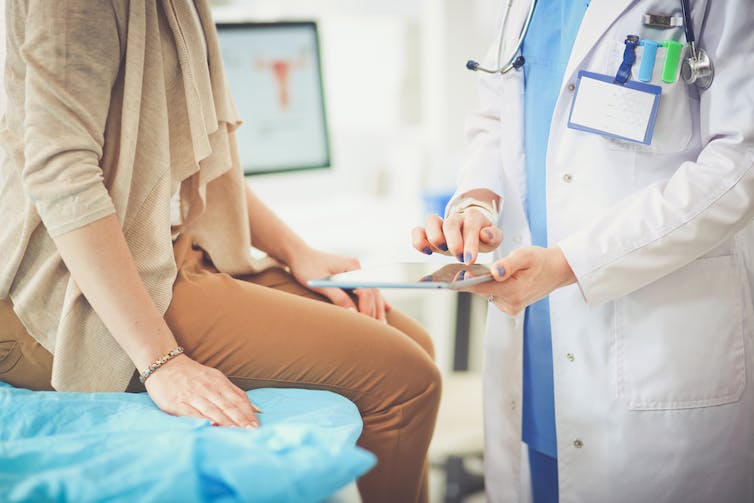 A doctor or nurse will tell you how to collect your own sample, which you can do in private if it makes you feel more comfortable. from www.shutterstock.com

We calculated that even one round of HPV screening using a self-collected sample would reduce cervical cancer risk by around 41% over a woman’s lifetime when tested at age 30-40, compared to the risk if she remained unscreened. Even at older ages, self-collection can offer important protection compared to remaining unscreened.

If unscreened women joined the routine screening program at age 30 (instead of a one-off screen at the same age), the number of cervical cancer cases and deaths that could be prevented doubles.

In absolute numbers, we estimated undergoing just one round of self-collected HPV testing at age 30 or 40 could prevent over 900 diagnoses and 360 cervical cancer deaths over the lifetime of 100,000 unscreened women.

If those unscreened women joined the routine screening program at age 30, there would be over 2,000 fewer cervical cancer diagnoses compared to them remaining unscreened.

Breaking down the barriers

These findings show the potential for self-collection to reduce cancer risk in under-screened and unscreened women. But we also have to find new ways of encouraging all women to attend for a clinician-collected sample, as we know this is even more effective in reducing that risk.

Breaking down the barriers that prevent some women from participating in cervical screening is important to further reduce cervical cancer rates in Australia. These include addressing cultural barriers in the health system, improving access to health services (including at convenient times for women), increasing awareness of the importance of cervical screening, and reducing any additional costs for women.

Lastly, if you have symptoms of cervical cancer – including pain or irregular bleeding – you should see your doctor, regardless of how long it’s been since your last screening test, and no matter how old you are.