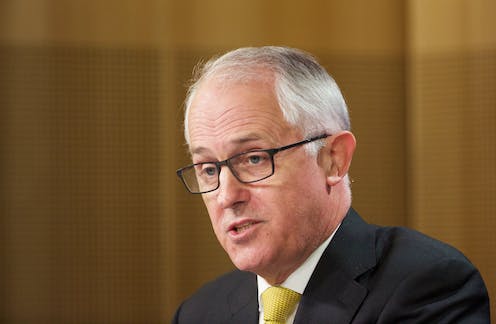 There is not a great deal to be said for Malcolm Turnbull’s reshuffle, and quite a lot to be said against it.

The immediate concentration has been on the angst it’s caused – and that is due to Deputy Prime Minister Barnaby Joyce, who has the right to nominate his party’s ministers.

Joyce’s decision to axe Victorian National Darren Chester from his cabinet line-up in favour of a first-term Queenslander, David Littleproud, trashes the notion of merit and calls into question the Nationals leader’s judgement, to say nothing of his loyalty to colleagues.

A competent minister who came through as a measured voice for the Nationals when Joyce was away on his byelection trail, Chester has been unceremoniously pushed out on the ground that his retention would make for one Victorian National too many in the cabinet.

To an extent, Chester invited his own execution. He successfully advocated fellow Victorian Bridget McKenzie for deputy leader, believing – as he put it after his demotion – that “our party needs to connect more with younger voters, with female voters, and Bridget speaks in a way on issues that perhaps not all National Party members speak about”.

Joyce would have preferred Queensland senator and fellow cabinet member Matt Canavan as deputy, although sources say he didn’t canvass in the contest. Joyce and Canavan are close – Canavan previously was his chief-of-staff. Canavan is also deeply conservative on social issues, and he and Chester were on opposite sides of the marriage debate.

Only Joyce can know whether these factors counted against Chester as well as his being from Victoria – he’s certainly not going to admit they did.

If Joyce wanted to deal with his Victorian excess in a much less disruptive way he could have swapped Chester with Michael McCormack. McCormack is a member of the outer ministry and from New South Wales, as was Fiona Nash, the previous Nationals deputy who was turfed from parliament by the High Court. That would have retained the old state balances.

But Joyce felt he had a Queensland problem – the Nationals from the north have been vociferous about wanting to boost their presence in the higher reaches of the government.

The intention was to demote Chester to an assistant ministry, opening a vacancy for him by sacking Queenslander Keith Pitt, with whom Joyce doesn’t get on.

But Chester declined the assistant minister offer. Meanwhile, Pitt – who believed he should be promoted – was furious. When an assistant ministry was offered back to him, he said no. The position went to Damian Drum – a Victorian.

Littleproud, who holds the outback Queensland seat of Maranoa, is spoken well of as a future talent. But he’s been in Canberra for the parliamentary equivalent of five minutes, and has had no frontbench role before now.

A cabinet minister has not just their own portfolio to think about, but they need to be strong contributors across government, which requires time to acquire skills and knowledge. Disgruntled Nationals say Pitt would have been a more obvious choice if it hadn’t been for the serious personality clash between Joyce and him.

So Joyce can boast that he has delivered a Queensland National into cabinet, but the cost has been creating resentment in his ranks and a bad vibe around the reshuffle generally. Turnbull appeared dismayed, distancing himself from the decision, describing Chester as an “outstanding” minister, and regretting his loss.

It is not just the axing of Chester that is a problem in this reshuffle.

Turnbull pressed Attorney-General George Brandis to take the London high commissioner job, despite Brandis recently warning Turnbull that his departure would diminish the Liberal voice from Brisbane. As it happens, Brandis’ Liberal replacement in cabinet, John McVeigh, represents Groom, based on Toowoomba.

Losing Brandis from cabinet will also weaken the voice of the moderates at the senior level of the government.

It will likely mean there will be less of a check on Peter Dutton and his new home affairs super-portfolio.

Incoming attorney-general Christian Porter has plenty of qualifications for the job – he was attorney-general in Western Australia. But he will probably be less inclined to be a tough watchdog on home affairs and its highly assertive minister than Brandis would have been.

The move is a prestigious one for Porter. But for a man who has been seen as a possible future leadership contender, it is one that takes him into something of a political cul-de-sac. It is not a portfolio that gives its occupant the exposure or sort of experience useful for climbing the greasy pole.

Brandis’ replacement as Senate leader, Mathias Cormann, is one of the most competent ministers, and a skilled negotiator with the crossbench. He will do a good job.

Michaelia Cash, who has been under criticism for the way she and her office handled what was a political pursuit of Bill Shorten’s union past, has been given expanded responsibilities.

Several changes are deck-shuffling, or unremarkable steps up.

And notably, the reshuffle has not increased the number of women in cabinet. All that’s happened on this front is one woman Nationals deputy has slid into the place of another.