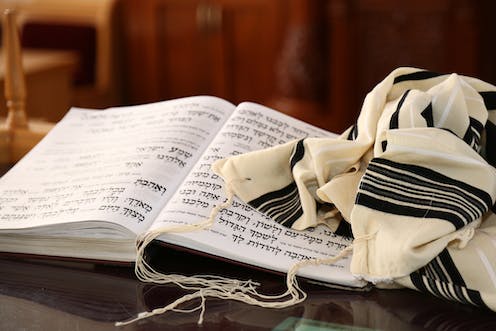 In November, Victoria became the first Australian state to legalise voluntary assisted dying. From mid-2019, competent, terminally ill adults who are stricken with an incurable and progressive physical or mental disease and unable to gain relief from their suffering will be able to access a substance that will let them end their lives.

The law reflects the contemporary secular approach to biomedical law and ethics, in which individual autonomy trumps the principle of the value of human life.

In line with this approach, competent terminally ill adults who find themselves trapped by disease from which they feel that their only deliverance is death may choose to end their lives in accordance with the law.

By contrast, Jewish law (halakhah) is obligation-based, and the preservation of human life is a cardinal commandment. Both suicide and self-endangerment are forbidden (Genesis 9:5; Deuteronomy 4:15). Maimonides explains that our bodies are Divine property and any deliberate attempt to destroy them is prohibited.

A similar view is attributed to Socrates in the Phaedo. He states that, in general, suicide is forbidden since it infringes on the property rights of the gods.

Jewish law recognises patient choice as decisive in some situations. This is not so much a value as a solution to a particularly difficult case involving a clash between two competing values.

Famed Jewish law scholar and rabbi Moshe Feinstein used this type of “soft autonomy” in a case in which a patient wanted to risk an assured but low-quality short-term lifespan for the possibility of gaining long-term life expectancy.

In another decision, he ruled that a competent, terminally ill adult ought not to be pressured into accepting artificial nutrition, even though failure to do so would precipitate his death. Here, Rabbi Feinstein took the terminal patient’s wishes into account. He laid down the principle of non-traumatisation of the terminally ill.

This soft autonomy model is also applicable to suicide.

In general, suicide is forbidden under Jewish law. Sanctions include non-observance of mourning rites and separate burial. However, there are situations in which a person may choose to take their own life because of a conflict between legitimate halakhic values.

The biblical account of King Saul’s suicide is interpreted to mean that one may take their own life to prevent the desecration of the Divine name by having a king of Israel fall into enemy hands.

Another view is that suicide may be committed to avoid physical or mental suffering. With regard to the permissibility of suicide during the Holocaust, Rabbi Ephraim Oschry permitted suicide to avoid the agony of witnessing the destruction of one’s family and community – but added that the decision should not be publicised.

The lesson to be learned from this is that any relaxation of the prohibition on suicide in cases of extreme suffering should be accompanied by a public education program. This program would be designed to both strengthen the value of life and deepen society’s understanding of its fundamentally sacred nature.