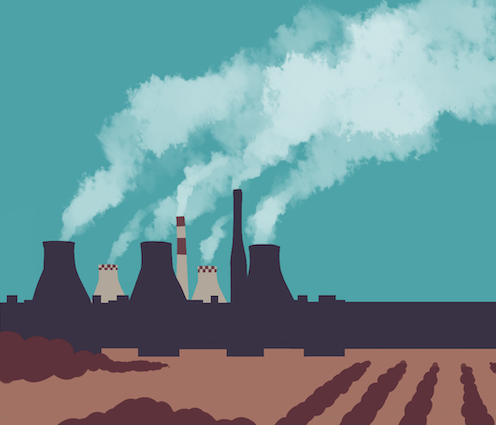 The federal government’s newly released Climate Policy Review is hugely disappointing, but far from surprising. It does not depart from what the Turnbull government has been saying for some time: it plans to loosen compliance obligations for emissions-intensive companies even further, reintroduce international carbon offsets, and implement the planned National Energy Guarantee.

The review was first announced November 2016, when Australia ratified the Paris Climate Agreement, committing it to a 2030 emissions target of 26-28% below 2005 levels. A year later, the final report claims that Australia is on track to meet this target with its existing climate change policies.

The review indicates plans to keep the Emissions Reduction Fund, a A$2.55 billion pot of public money from which companies can bid for funding to implement emissions reductions. But it does not promise new funding beyond the existing A$2.55 billion, nor does it address ongoing problems with the scheme.

The Climate Policy Review is also not surprising because it continues a longstanding, bipartisan tradition in weak climate policy formulation. It echoes four enduring features of Australia’s ineffective climate policy since the 1990s. We can think of them as a recipe for business as usual.

Read more: Australia’s 2030 climate target puts us in the race, but at the back

Australia’s 2020 and 2030 emissions targets are modest. The 2020 target of reducing emissions by 5% below 2000 levels (a reduction equivalent to 294 million tonnes of carbon dioxide) will be met largely on the back of a loophole Australia secured way back in 1997 when the Kyoto Protocol was negotiated.

The Turnbull government ratified the Paris Agreement in 2016, having pledged to cut emissions by 26-28% below 2005 levels by 2030. The review provides no clear answer as to how the 2030 target will be met. However, there are signs that domestic emissions will continue to rise, and that international carbon offsets will have to be bought to “balance” the national carbon account.

Step 2: Loosen obligations for industry as much as possible.

Weak compliance obligations for industry are the reason why emissions may rise in the future. The review signals changes to the Safeguard Mechanism – a key plank of its existing Direct Action policy suite, which aims to encourages large businesses not to exceed their historical emissions levels.

The problem is that the Safeguard Mechanism is already weak, and only covers around 140 of Australia’s most emissions-intensive firms.

The Safeguard Mechanism requires companies to report on their emissions against an historical baseline rate. If they exceed this baseline, they can meet their obligations by buying carbon credits. The baseline is already very flexible. For instance, companies can ask for their baseline to be recalculated if their overall emissions have increased but their emissions intensity (the amount of emissions per unit of economic productivity) has improved.

The Climate Policy Review says the government plans to increase this flexibility still further, and will work with industry to change baseline calculations. It makes the bizarre argument that the problem with baselines is that they reflect the historical activity of businesses which might be emitting more today if they increase production to remain competitive.

The proposed solution? “Broaden access to baseline increases”, which could mean the government plans to rewrite baseline rules to ensure companies are not obliged to reduce their emissions if their production grows. This goes against the very grain of climate policy, which should be to encourage high-emitting companies to change how they do business.

Of course, this isn’t the first time a government has sought to be generous to emissions-intensive industries. The Keating and Howard governments made emissions reduction schemes entirely voluntary.

The Rudd and Gillard governments also invented similar loopholes to the one suggested by the new review. Both Rudd’s proposed Carbon Pollution Reduction Scheme and Gillard’s carbon pricing scheme included incredibly generous industry compensation to the most emissions-intensive industries in the form of free permits and cash payments. These were weakly justified on the basis of international competition.

The review signals a return to another policy tactic to avoid cutting emissions in the domestic economy. In a major departure from the Abbott government’s position, the current review embraces once again the idea of buying international carbon credits.

Carbon offsets have been a longstanding part of Australian climate policy, dating back to early reports on emissions trading in the 1990s. More recently, the Howard government’s emissions trading taskgroup and the Garnaut Reviews both argued for international offsets as a source of “flexibility”.

Carbon credits are generated from projects that propose to reduce emissions, usually in industries and places not covered by national emissions trading schemes. In Australia, they are produced mostly in the land sector under the Emissions Reduction Fund, while globally these projects have been centred on China, India, Brazil, and rainforest nations.

The idea behind these projects is that they deliver “additional” emissions reductions that would not have happened without the investment from those buying the carbon credits. In reality it’s much more complicated. Carbon offsets shift the hard work away from industries and countries that should really be working the hardest – such as Australia’s electricity sector.

When it comes to helping the environment, it doesn’t matter if you’ve reduced a tonne of CO₂ here in Australia or in another country.

But it does matter. Sure, carbon offsetting allows flexibility in the short term, but it makes it much harder in the long term to move away from fossil fuels if we’re not investing in renewable energy infrastructure right now.

Step 4: Act as if it’s out of the question for governments to plan and build a low-carbon economy.

The National Energy Guarantee (NEG) requires electricity retailers to buy or generate electricity at or below a particular emissions intensity. The government is fond of telling us how the policy is “technology-neutral”, replacing the Renewable Energy Target which specifically encouraged low-carbon energy investments.

The details of how the NEG will be designed are still sketchy, but it is likely to take the form of a sort of market mechanism.

Market mechanisms will do little in the absence of structural change in the failing electricity market. The history of energy infrastructure development in Australia and across the globe tells us that concerted planning and public investment is essential for energy transformations.

Meanwhile, the more recent political and practical failures of carbon pricing show that a techno-market fix will not “solve” climate politics for the current or future governments.