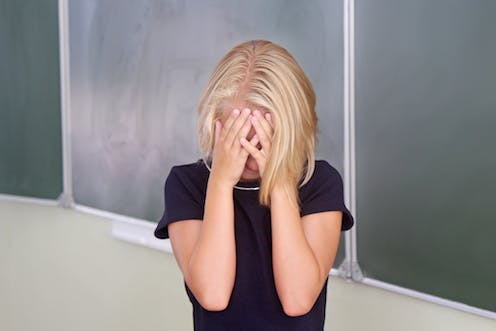 A national survey has shown Australian school students with a mental disorder can be almost three years behind in their studies by the time they sit their final NAPLAN test in year 9. Results also showed students with mental disorders had more absences from school and an increased likelihood of self-harm.

The survey, led by the University of Western Australia and Telethon Kids Institute, was the second Australian Child and Adolescent Survey of Mental Health and Wellbeing. It was conducted in 2013-14 and saw 6,310 families with children and adolescents aged four to 17 taking part.

Data was collected on the mental health of children, covering major depressive disorder, anxiety disorders, attention deficit hyperactive disorder (ADHD) and conduct disorder (extreme behaviour such as aggression towards people, destruction of property, theft, or other law-breaking behaviour). Over 5,000 survey participants agreed to provide access to NAPLAN records from 2008 through to 2016.

Mental disorders affected one in seven Australian students. They were prevalent in more males than females. This was largely due to the higher prevalence of ADHD in males, occurring in 12.2% of young males, and 9.3% of adolescent males. The most prevalent mental disorder for females were anxiety disorders, affecting approximately 7-8%.

The biggest change moving from primary to high school years was the increase in major depressive disorder, particularly for females where it went from 1.5% to 5.6%.

Students with ADHD and conduct disorder had the lowest academic performance of all mental disorders. Major depressive disorder was associated with increased risks of self-harm and suicidal thoughts and behaviours. Socio-economic factors were shown to impact negatively on academic performance as well.

Talking about suicide and self-harm in schools can save lives

Over the last 15 years, the availability and use of services in both the health and education sectors for children with mental health problems and their families has improved substantially. But there are still too many children who do not receive the help they need at the time they most need it. Parents face significant barriers when trying to access services. These include long waiting times, confusion about where to go for help, and problems getting their child to go to a service such as a child or school psychologist.

Early childhood interventions should continue to be improved to allow timely identification of at-risk children, and connect them with services. Mental disorders such as ADHD, conduct disorder, and anxiety disorders often start early in life and persist for many years. Many students with mental disorders are already below their peers in academic achievement in year 3 and then fall further behind as they progress through school.

Read more: Explainer: what is an anxiety disorder?

Teachers are not mental health professionals and should not be expected to diagnose and treat mental disorders. But student mental health is vital to schools achieving their educational goals. Programs such as Mental Health First Aid courses and Mental Health literacy training may help ensure all teachers can identify problems when they occur and seek appropriate help. School counsellors and psychologists also play a critical role.

Existing school-based and health care systems struggle to deal with the large number of children with a mental disorder. Consideration also has to be given to other ways to help children and families. This includes the option of self-guided online or mobile application based programs to supplement cognitive and behavioural based therapies used by psychologists.

This may also alleviate some concerns around the lack of effectiveness of infrequent treatment. Waiting times in between appointments to see psychologists can be longer than a month, which does not necessarily lead to effective treatment of symptoms.

Continuing to improve how we identify, treat and support students with mental health problems is critical to improving our children’s educational outcomes.