There’s no doubt you, dear readers, love science and technology.

Over the past 12 months, you were fascinated by octopus, intrigued by geology and obsessed with data and electronic devices. You watched space, wondered about our human ancestors, and queried your own behaviour.

Month by month, here’s a snapshot of the articles you enjoyed the most in 2017.

TIMELINE: most highly read Science and Technology stories in 2017. Use the arrows or swipe to scroll through the months.

For us as editors, in the Science and Technology section we aim to cover not just the biggest stories in the sector, but also issues that can fly under the radar of other news outlets.

This year we’ve featured many great examples of new research, unique analysis and compelling human yarns, not just in the modern era but also looking back in time and glancing outwards into space.

The 2017 detection of gravitational waves generated by collapsing neutron stars was heralded as one of the biggest science stories in half a century. Global interest in this discovery was phenomenal. We published analysis not just on the science itself, but also personal reflections that shared the excitement, the collaboration and the tenacity required when you’re a researcher.

Still in space, scientists and science-lovers alike watched the bittersweet finale of the Cassini space probe in 2017, as it plunged into Saturn after 20 years of travel and data transmission.

But we took comfort in the fact that Australia is the only country positioned right to communicate with the Voyager space probes as – 40 years post launch – they reach the outer edges of our Solar system.

The Federal government’s announcement that Australia will have a space agency seemed hastened by the International Astronautical Congress taking place in Adelaide in 2017. We analysed Australia’s space activities in the leadup to the conference, in our series Australia in space.

Digital technology featured heavily in our lives in 2017, creating a somewhat uneasy mix of delight and trepidation. We’re shopping faster, travelling easier and communicating quicker. But who owns our data, should governments be allowed to view it, and do we understand the place of machines in our lives? Our series Algorithms at work and Fighting crime across digital borders tackled questions around data, the law and ownership.

It was a year of heightened awareness of artificial intelligence and machine learning. Driverless cars seem just around the corner: but what does that mean legally and ethically? How will machines play a role if we go to war?

Our hopes and fears about technology are often played out in movies and other forms of cultural representation. It’s clear though that science does benefit from the involvement of artists.

Whatever emotions we do have, chances are Facebook has a good idea of what you’re feeling. We can’t seem to stay away from social media and digital platforms, but we’re still grappling with the best way to regulate internet content, particularly for our children

In Australia, just the act of getting online itself is still a problem - delivery of the NBN and access to the internet is inequitable in this country. Governments and the private sector are still working out the best way to tackle this as both a social and a technological problem.

Our series The future of batteries was symbolic of the section, pulling in expertise on technology, geological resources, energy and environmental considerations.

Getting back to nature, our research story about dolphins in Australian waters developing a unique approach to catching and eating octopus attracted huge attention from around the world. Giant extinct swans and penguins confirmed that New Zealand is a place of unique biodiversity.

Geology was similarly popular, showing that even very complex science analysis can be enjoyed when presented in the right way, such as a map of ancient tectonic plates, trillions of cubic feet of buried gas and a simmering situation in New Zealand.

Exploding volcanoes are hard to ignore. Bali’s Mt Agung started rumbling in September 2017, and increased in activity over October and November. Things seem relatively quiet at the moment, but the mountain will always hold a special place for the Balinese people.

In 2017 Jenny Graves became the first woman to win the Prime Minister’s Prize for science. Jenny is well known for her suggestion that the male Y chromosome will self-destruct, and is a highly respected genetic researcher and mentor in Australian science. She is a regular author at The Conversation. 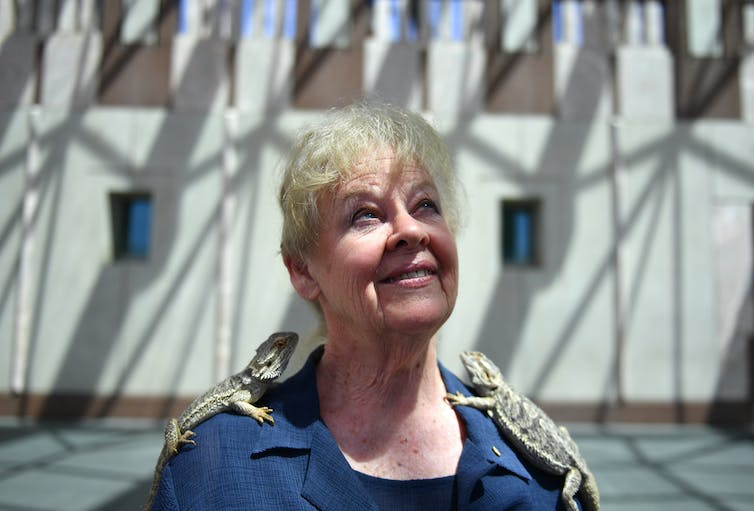 The stories of indigenous Australians are increasingly told through science. In 2017 we published analysis showing the first Australians were living and using technology in northern Australia around 65,000 years prior to the current day.

Fossilised teeth in Indonesia present a similar time frame for humans migrating into this region. The eyes of the worlds archeologists are increasingly turning to Asia and Australia to reveal the true details of the first human migrations out of Africa.

But science too reveals the worst aspects of human nature, with a unique study showing that Indigenous stories of a massacre in Western Australia in the early 20th century are supported by forensic evidence.

The very nature of what science is, what it isn’t and how to report science appropriately continues to present challenges to scientists, journalists and the general public. Our series How we edit science tackled many misconceptions head on, and will prove useful now and in years ahead.

More broadly, other analysis looked at how to apply evidence, and how to participate effectively in public discourse relating to important social issues such as same sex marriage and anti-science. We submitted an analysis of science journalism in Australia to a parliamentary enquiry into the future of public interest journalism.

Science and technology are central to understanding our past, to seeing how we operate as a society and to mapping our path into the future. We hope you can join us in 2018 to enjoy the ride with us further.