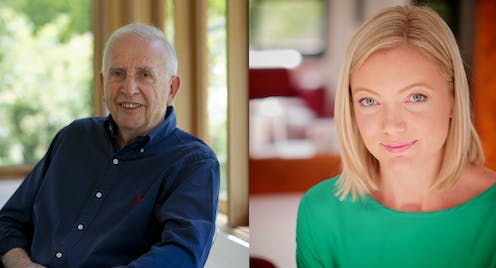 Mackay spoke in December with The Conversation’s FactCheck Editor Lucinda Beaman at the Sydney launch of The Conversation 2017 Year Book: 50 standout articles from Australia’s top thinkers. Among the essays featured in the book is Mackay’s enormously popular and thought-provoking article titled The state of the nation starts in your street.

The discussion, which you can hear in full on The Conversation’s Speaking With podcast above, touched on issues ranging from the rise of Donald Trump and what it means for Australian politics, to social dislocation and distrust in our institutions – and in each other.

“What is happening to Australian society is that we are edging in that same direction [as America]: more inequality, a growing number of people who feel as though the political narrative – such as it is – has got nothing to do with them,” he said.

“Fragmentation is the theme of 2017,” he said, citing concerns about loneliness and disconnected communities.

As for what we can do differently in 2018? Part of the solution, Mackay said, is getting off the screens and connecting with people in our local neighbourhoods.

“We’re like most species on the planet in our deep need of each other, our deep need to feel connected, to feel as though we belong to herds and tribes, neighbourhoods groups and communities.”

“So the first thing I would say is let’s recognise that this strange collection of people that I live with in my apartment block or in my street are my neighbours and the neighbourhood.”

“We’re all friendly with our friends and we all know how to be nice to people we like. The great thing about neighbourhoods is they’re full of people we may like or dislike, very different from us,” he said. “It’s very good for our moral development to have to learn how to rub along with people you didn’t choose.”

When you move into a neighbourhood, he said, “you have imposed upon yourself a moral obligation to engage with whatever that community turns out to be. Because in a crisis, you’re going to need each other.”

“If you know that someone in your street or in your apartment block is living alone and you don’t see much of them, make sure you’ve made contact. Just knock on the door and say ‘G'day, I’m Hugh, I’m not going to bother you but I’m here’,” he said.

“It’s a good time of year to be saying ‘what can we do?’. Because it’s the season when it doesn’t seem deeply weird to organise a street party, or to invite the neighbours in.”