As we see each year, funding is likely to dominate the headlines as major reforms across the early childhood, school, Vocational Education and Training (VET) and higher education sectors will be implemented.

But with the David Gonski-led panel set to deliver their final report and recommendations from the Review to Achieve Educational Excellence in Australian Schools, we look forward to education policy discussions extending beyond dollar values.

In 2017, federal early years education policy was dominated by changes to child care subsidies. The primary narrative was around affordability of child care and enabling parents’ workforce participation.

Preschool funding also hit the headlines as the National Partnership Agreement on Universal Access to Early Childhood Education was given a one-year extension, providing access for the 2018 cohort, but without any ongoing assurance to the sector.

Funding for preschool should be made an ongoing and permanent commitment, as it is in the school sector. But funding should not be an end point. 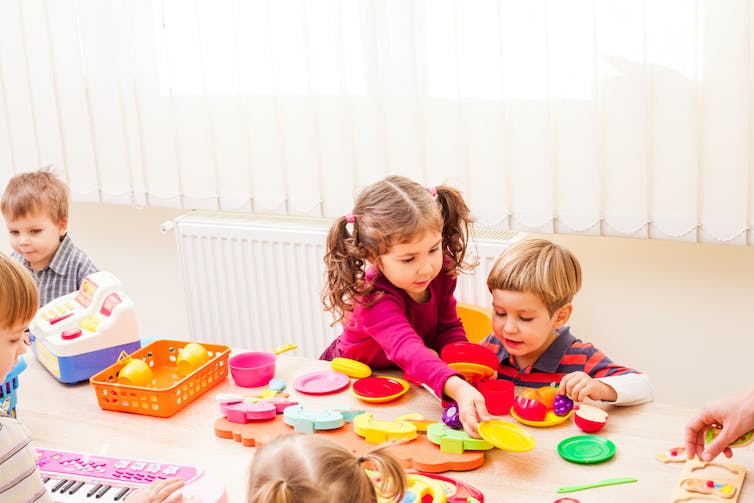 The international evidence base shows offering a second year of universal preschool can have a substantial impact on children’s learning. Unlike many of our peer countries, Australia has yet to embrace this opportunity. But we hope policy-makers progress towards scoping and running pilot programs.

Quality also needs to be a core part of the policy agenda. Since the introduction of the National Quality Framework in 2012, most services have been assessed, and 75% meet the minimum benchmarks for quality. This is not sufficient to lift all children’s educational outcomes.

Read more: How are we doing on early childhood education and care? Good, but there's more to do

Recent US research adds to the body of evidence supporting the positive long term impacts quality early learning can have on educational, social and health outcomes. In particular, researchers are starting to demonstrate these effects in state-based universal provision of early learning.

Early childhood educators play a pivotal role in supporting young children’s emerging skills, and are key to lifting quality in early education. Some of the most pressing policy work in early learning is in workforce strategy, ensuring improved conditions, and supporting educators to develop and share the knowledge and skills they need to improve children’s learning experiences.

Funding also dominated the schools space in 2017, with both sides of politics debating whose funding package benefited which schools the most. Little attention was paid to how the money can be best spent.

International testing also loomed large, with Australia’s relative lack of improvement on PISA and TIMSS sparking debate on how to improve education.

A brighter note was students in Australia performed well on the PISA collaborative problem solving test - ranking 10th out of 72 countries. This test is the first in a new suite of assessments PISA is conducting to measure not just what students are learning, but “what they can do with what they know”.

The 2017 NAPLAN Annual Report was released in December and led to extensive media attention on the under-performance of boys in writing. Other analyses focused on the socio-economic factors contributing to variations in performance.

Overall the results indicate little to no changes in performance across the board, and closer analysis shows some worrying trends such as students falling behind as they progress through school. 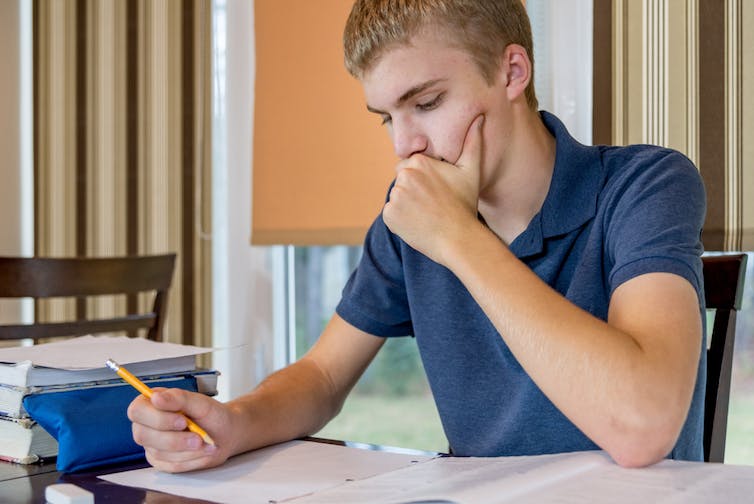 Female students out-performed male students on NAPLAN tests in writing, and grammar and punctuation across all year levels in 2017. Shutterstock

Testing will continue to dominate discussions in early 2018, with the Australian government continuing to attempt to persuade state governments to adopt a year one phonics screening. This would be a five to seven minute session one-to-one with a teacher to assess reading. Whether the screening is adopted will be dependant to a degree on the outcome of state elections.

Expect to hear a lot more about the Gonski 2.0 review this year, as the report is delivered to government in March.

The Independent Review into Regional, Rural, and Remote Education is also expected to be published early in the year.

Major reviews are also due out from the newly established Schools Resourcing Board, firstly into calculation of socio-economic status (SES) scores, and then loadings for students with disability.

The SES review is currently underway to assess the extent to which the current approach properly measures the capacity of parents to contribute financially towards the resource requirements of non-government schools. The board is tasked with making recommendations on the changes or alternative approaches needed to ensure confidence in the process. Public submissions on the issues paper are open until 20 February.

The Melbourne Declaration is primed for a renewed look. In 2008, the Declaration set aspirational goals for education around equity, excellence and ensuring all students are “successful learners, confident and creative individuals, and active and informed citizens”.

Yet, in the decade since we have failed to establish effective system-wide strategies for meeting and measuring these aspirations. Measuring all students along a singular ranking, as we do with the ATAR at the end of Year 12, may reflect to some degree who is a successful learner, but isn’t a strong reflection of these broader outcomes.

If these are the goals we continue to aspire to, then measuring students against them is a must. The general capability strands in the Australian curriculum provide a promising path and we hope to see sustained support for schools to cultivate these capabilities in their students.

Late in 2017 the Mid-Year Economic and Fiscal Outlook (MYEFO) revealed funding for Commonwealth supported places in universities would be frozen at 2017 levels over 2018 and 2019.

Meanwhile, vocational education expenditure fell further despite the critical role VET plays as a pathway for young people and in equipping the workforce with essential skills.

What’s ahead for VET and higher education

The changes to university funding will no doubt be a topic of discussion as university offers emerge.

Similarly in the VET sector, the Skilling Australians Fund which was announced in the 2017 budget is scheduled to commence in 2018. The fund is expected to focus on supporting apprentices and trainees, and will be financed through a proposed levy on firms employing skilled migrants.

There is an obvious disjuncture in policy approaches towards VET and higher education which has seen the VET sector go backwards in recent years. Projected employment growth is equally strong for people with vocational qualifications as university degrees.

Both sectors play a critical in training a high calibre workforce. So, policy and funding conversations should consider the two sectors as part of a different but connected system. In 2018, we’d like individual students to be able to see potential pathways for themselves and their aspirations in our tertiary education and training system.