I am a book. Pure fiction.— Zelda Fitzgerald.

Biography is the falsest of the arts.— F. Scott Fitzgerald.

Zelda and F. Scott Fitzgerald embody almost every hyperbole of early 20th-century American prosperity. Emblems of the jazz age, glamorous and gorgeous, they were also victims of the galloping excesses of their time. Together, they were modern America: rich, precocious, itinerant. 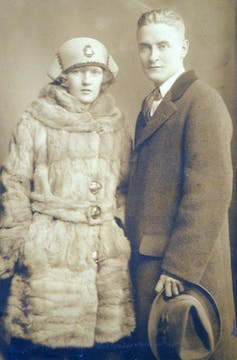 So in love with their lives, and so in and out of love with each other, what they loved most was to build another version of their lives through art. They were relentless self-documenters: their photographs, letters, diaries and drafts abound. Keenly conscious of their place in the public eye, their private selves became public property.

F. Scott Fitzgerald’s literary use of his wife’s words — conversations, remarks, letters, diaries and even medical records — has been hotly debated. He used her teenage diaries as material for Gloria Patch’s journal in The Beautiful and Damned. Her medical records from a clinic in Switzerland, Rive de Prangins, appear almost verbatim in Tender is the Night. 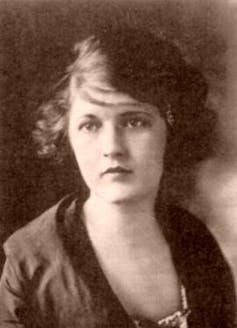 Biographer Linda Wagner-Martin argues that “Zelda gave … [Scott] the details, language, characters, emotions and plots … Zelda’s intellect and her passion were often the sources of his fiction.” Due to the socially sanctioned status afforded the male writer in the early 20th century, such acts were not especially questioned. However, feminist critics such as Lynette Felber label Fitzgerald’s use of his wife’s words as “household plagiarism”.

While it is impossible to say that this “plagiarism” led to Zelda’s mental illness, it certainly compounded it and precipitated her crises.

From the age of 27, she suffered from periodic depressions as well as visual and auditory hallucinations. Despite, at first, being treated in the most expensive sanatorium in Switzerland, she became the subject of barbaric psychiatric treatment for many years. She died at 48 in a hospital fire in Asheville. 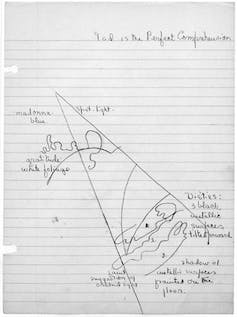 While Zelda was without doubt her husband’s muse, she was very much a writer and artist in her own right. Her creative output was astonishing: she trained intensively in classical ballet, wrote dozens of short stories, several journalistic pieces, a play, two novels, hundreds of letters, kept diaries and produced hundreds of artworks.

She deserves a place in literary modernism and in recent years, there has been a renewed focus on her story in fiction and film. Scarlett Johansson and Jennifer Lawrence have both been cast as Zelda in two forthcoming feature films The Beautiful and Damned and Ron Howard’s Zelda.

Zelda began her literary career with chatty and witty stories and articles about flapper heroines, which were published in the 1920s and early 30s in magazines such as The New Yorker and College Humor. Her later work became more experimental and challenging.

Both private and public writings reveal her to be a highly experimental writer, like those of other modernist and surrealists, even to the point of innovating her own language. After her lost generation/ballet novel, Save Me the Waltz, was published in 1932, her creativity was forced underground, as her husband forbade her to write. 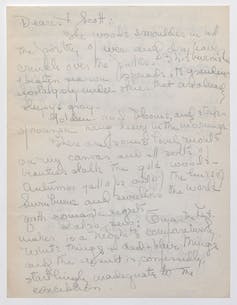 Zelda had to communicate in a very particular, almost secret way. This mode of writing also developed as a result of her many years of incarceration, which meant that, for the latter part of her life, she lived outside mainstream culture. My research, using previously neglected sources from Princeton University archives, demonstrates the conditions that curtailed her creativity: her highly conflicted marriage to F. Scott (a notorious alcoholic), the continual misunderstanding of her creativity by many of her doctors, and the misogynistic psychiatric practices she was subject to.

There was a persistent failure to acknowledge and comprehend her own creativity, subjective experiences, and contribution to her husband’s work.

While Zelda never stopped writing, her husband’s injunctions made her turn to painting instead. She used pastels, water colours, oils and gouache. She was inspired by the landscapes in Italy, the South of France and the Southern US, and the urban scapes of New York and Paris, all places where the Fitzgeralds had lived. In her fascination with flowers, human bodies and cities, her artworks convey vibrant energies and modernist impulses akin to those of Georgia O'Keefe, Picasso, and Charles de Muth. 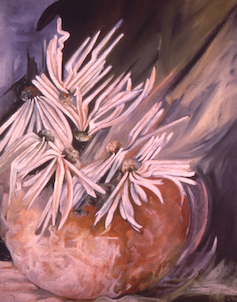 Over the last ten years, there has been a wave of fictional accounts of Zelda Fitzgerald’s life and marriage. Gilles Leroy’s prize-winning French novel, Alabama Song, for instance, was largely written from the point of view of Zelda interned in Highland Hospital in 1940. Another French journalist Agnès Michaux’s novel Zelda (2006) is written from third-person point of view. Four other fictionalised accounts of Zelda and F. Scott Fitzgerald written by American authors appeared in 2013.

Woody Allen’s Midnight in Paris (2011) seems to have started a new interest in portraying Zelda on screen. While Allen was content to depict her as a somewhat whiny and spoilt Southern Belle (played by Alison Pill), the Amazon series starring Christina Ricci, Z: The Beginning of Everything (an adaptation of Z: A Novel of Zelda Fitzgerald by Therese Anne Fowler), rendered a more fulsome portrayal of the heroine, despite Ricci’s much-criticised Southern accent. 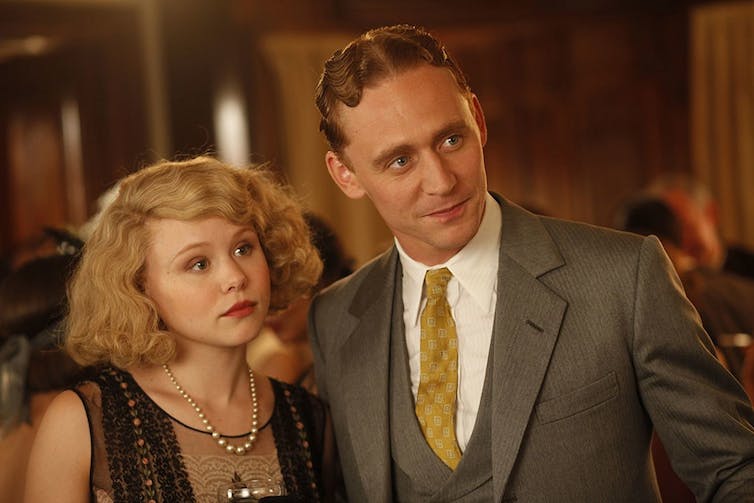 Why is there this continued fascination with Zelda Fitzgerald and her partnership with one of the most celebrated writers in history? There must be something mythic about the pattern of their lives: of wild excess and tragic decline; of innocence and lost youth; of burning love and dissipating madness. Their stories mirror the Icarian myth: try to fly too high and you’ll plummet to the ground.

Perhaps it’s retribution for going too far. Their lives point to the inevitable fall of great heroes. Perhaps, too, Zelda’s story speaks to the cultural moment as momentum grows for women creatives to be acknowledged equally to men.

Deborah Pike’s The Subversive Art of Zelda Fitzgerald will be launched at Gleebooks on 16 February.