Mosquitoes are coming. The Unicode Consortium has just announced that alongside your smiling face – or perhaps crying face – emoji you’ll soon be able to add a mosquito.

The mosquito emoji will join the rabble of emoji wildlife including butterflies, bees, whales and rabbits.

We see a strong case that the addition of the much maligned mozzie to your emoji toolbox could help health authorities battle the health risks associated with these bloodsucking pests.

Read more: Why I use emoji in research and teaching 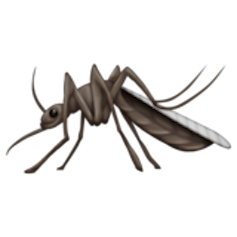 It may be small but it could make all the difference in battling mosquito-borne disease outbreaks. https://emojipedia.org/mosquito/

Given it is the most dangerous animal on the planet, the mosquito is more than deserving of an emoji. But will it make a difference to the way the science behind mosquito research is communicated? Could it influence how the community engages with public health messages of local authorities? Will more people wear insect repellent because of the mosquito emoji?

We won’t know for sure until the mozzie is released.

Where did the mosquito emoji idea come from?

A staggering sixty million emoji are shared on Facebook each day!

We’ve needed a mosquito emoji for a while now (although the blood filled syringe has been a useful substitute). While heavily promoted last year by the Johns Hopkins Center for Communication Programs and the Bill & Melinda Gates Foundation, it was one of us, an Australian virologist, who played a critical role in the emoji’s development by submitting the original proposal in June 2016.

The idea arose during the Zika virus epidemic in South America, when the mosquito-borne infection was triggering many questions and few answers. While the emoji doesn’t represent a specific mosquito species, it captures the distinctive shape of a mosquito. 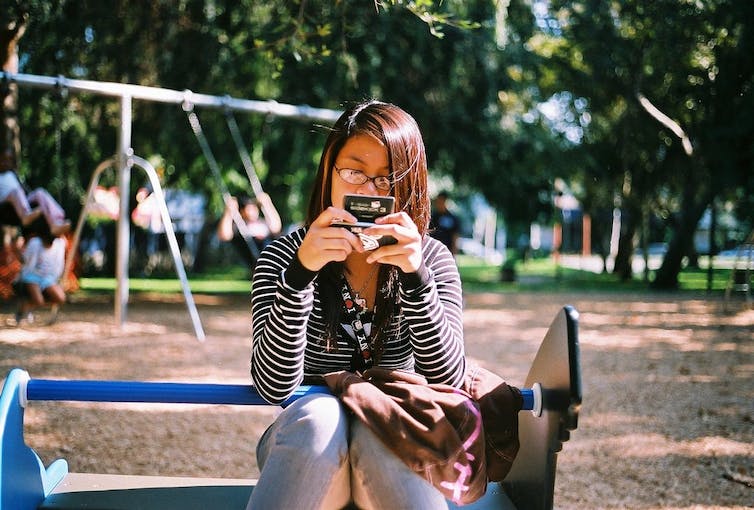 Time spent outdoors may be the perfect opportunity to employ the mozzie emoji. jiulliano

The mozzie emoji will give health professionals and academics a more relatable way to communicate health risks and new research using social media.

Surveillance programs across the world routinely monitor mosquitoes. Local health authorities could simply tweet a string of mozzie emoji to indicate the relative mosquito risk or identify that there is a risk. Adding in the new microbe emoji (currently in the form of a generic green microscopic shape) could even indicate the presence of mosquito-borne viruses such as dengue virus, West Nile virus or Ross River virus.

Emoji could remind us to tip out, drain or cover backyard water-holding containers that may be a source of mosquitoes following rain. Weather monitoring services or health authorities could simply add the mosquito emoji in alerts featuring a string of storm clouds and water droplets.

More than likely, it’ll be used by the public to punctuate those summer tweets complaining of bites and bumps following backyard BBQs.

Social media will continue to play a role in public health campaigns. Whether promoting better nutrition, encouraging exercise or addressing concerns over vaccine coverage, Twitter, Facebook, Instagram, and whatever platform comes next will remain important for the communication tool kits of local health authorities.

Smartphones have already been identified as tools for surveillance of mosquito-borne disease outbreaks.

The addition of a mosquito emoji, together with concise public health messaging, may increase the chances a message hits home, maybe even changing behaviour and reducing the risk of bites.

The usefulness of emoji as a communication tool has been shown in several fields of research. Emoji can accurately express emotional associations with commercial products, reflect state of mind in cancer patients and aid communication with sick young patients.

Applying these examples to the mozzie emoji, we predict it may aid citizen science – for example, if the community can signal how bad nuisance-biting mosquitoes are in their area. Perhaps this mobile surveillance network could help pick up the introduction of exotic mosquitoes such as the Asian Tiger Mosquito, a species often first detected because of reports by the community. Measuring a rise in mozzie emoji use may identify regions under attack by mosquitoes.

Read more: New mosquito threats shift risks from our swamps to our suburbs

Big corporations have already identified the usefulness of emoji, and fork out serious cash for hashtag-customized emoji. If branded emoji work for commercial enterprises, why not for public health and why not a mosquito? A simple image may provide a critical reminder to put on insect repellent, sleep under a bed net or get appropriately vaccinated for mosquito-borne diseases such as Japanese encephalitis or Yellow Fever.

It is increasingly difficult to escape our social media streams, and emoji use shows no sign of waning. Health authorities should embrace these tiny visual prompts to better engage the community with key health messages.

The mozzie emoji may pave the way for more medically important arthropods: perhaps the tick, flea, lice and bed bug emoji will be on their way soon. Perhaps even viruses and bacteria.

From the middle of 2018, we look forward to watching the creative ways researchers, health workers and the general public incorporate the mosquito emoji into their communications.