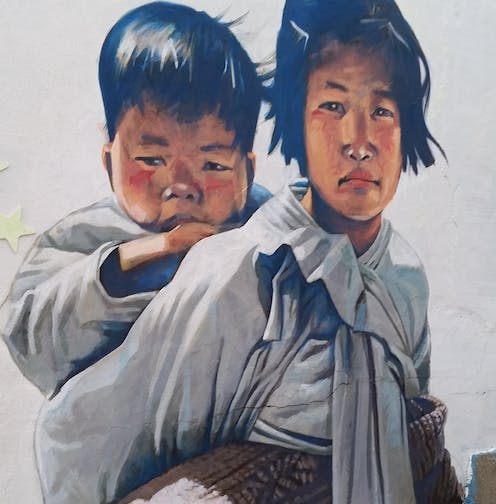 South Korea holding this year’s Winter Olympics comes 30 years after the country first hosted the Summer Olympics, in the capital Seoul. It has undergone huge social changes since that time, but there is still a long road ahead for South Korea to become a more equal nation.

As with all major sporting events, the Olympics places a host country’s social issues firmly in the international spotlight.

Read more: Two Koreas working together on Winter Olympics is a small but important step toward peace

In 1988, South Korea was still under the authoritarian rule of Chun Doo-hwan and – later and to a lesser extent – Roh Tae-woo. The country’s rapid industrialisation and urbanisation had only begun in earnest under Park Chung-hee (the father of ousted former president Park Geun-hye) in the 1960s and 1970s. This came at enormous human cost and sacrifice.

Occasionally, hosting an Olympic Games provides an opportunity for change. The 1988 Olympics shed light on South Korea’s institutionalised practice of international adoption; the country was criticised for being a baby-exporting nation.

At its peak in 1985, 8,837 children were sent overseas from South Korea for adoption. This amounts to about 24 children per day.

Efforts to curtail the number of children sent overseas were discussed after South Korea was internationally shamed. But although adoptions dropped to 4,191 in 1989 and 2,962 in 1990, they continued in the thousands well into the early 2000s. South Korean children continue to be adopted overseas today.

Since the Korean War ended in 1953, South Korea has systematically sent an estimated 200,000 children to be adopted internationally to the US, Western European countries, and Australia.

A fundamental issue about adoption since the 1980s – and particularly since South Korea joined the OECD in 1996 – is that most occur not due to poverty, but because of entrenched social discrimination against single mothers in a society that makes it incredibly difficult for single mothers to keep their children – even with modest financial support.

Some 90% of international adoptions from South Korea today are from single mothers owing to the deep social stigma they continue to face.

An estimated 2,000 Korean adoptees return every year to the country of their birth; many try to search for their birth family. There are also dozens who were adopted to the US who have been deported back to South Korea due to their adoptive parents and the system of adoption failing to ensure they have US citizenship. There are thousands of others who also may not have citizenship, and thus risk deportation.

Over the last 30 years, adult adoptees in South Korea and internationally have fought not only for their rights and post-adoption support for adoptees, but also for the rights of single mothers.

More recently, adoptees with Korean allies have been campaigning for a revision to the country’s 2011 Special Adoption Law (enacted in 2012).

Specifically, these groups are hoping to change post-adoption services to better connect adoptees with birth families, and to ensure adoptees are able to access information about their family history and the circumstances of their adoption. This is particularly important if their birth parents have passed away, if they cannot be found, or in case of a medical emergency.

In 2016, I attended a few of the candlelight demonstrations at Gwanghwamun Square against Park’s presidency; these were the biggest protests since the democracy movement of the 1980s. Protesters of all ages endured cold autumn and winter nights to stand against corruption and hope for a fairer South Korea.

I was adopted from South Korea to the US in 1983. In that year I was one of 7,263 babies to be adopted internationally. What I know of my Korean mother is that she moved away from the countryside to work in a printing factory.

As one of many single mothers without the support of her family and society more generally, she had no other viable option but to send me to an agency to be adopted overseas.

In 2018, it continues to remain difficult for adoptees to reunite with Korean family members. Only a very small percentage have managed to do so.

With the Pyeongchang Olympics in full swing and the world’s focus on South Korea, now is the time to reflect on what’s been gained since 1988 and how far there is still to go on social issues. A country that is capable of so much is surely also capable of real social and cultural change.