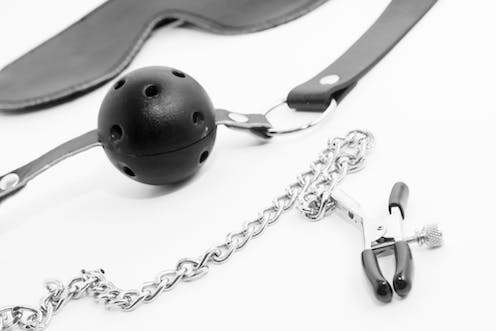 The worldwide #MeToo movement has brought with it a new platform to discuss the intricacies of human relationships and sexual consent. Key to these discussions is an understanding of when and how the criminal law recognises formal consent to sexual acts.

However, a far more surprising legal distinction also exists: when are sexual acts so extreme that consent is irrelevant?

In 1987, the UK Metropolitan Police discovered what they thought was a snuff film, depicting acts of violence and abuse of a group of young men. Some years later, the House of Lords upheld the conviction of five men who inflicted the horrible injuries. Problem was, the “victims” in this case never filed a complaint – indeed they asked to be injured.

The men convicted were not thugs, but hedonists, entering into a consensual sado-sexual arrangement with a group of younger men, all of whom consented to the acts performed.

The resulting decision of R v Brown is an infamous piece of legal history, establishing the legal precedent that certain “extreme” consensual acts – like heavy sadomasochistic activity – can be criminalised even without a victim complaint.

In Australia, how the law might interpret consent in situations like this is far from clear. In the current climate around sexual relations, the Australian High Court needs to clarify this confusing legal situation.

‘A culture of violence’ and the legacy of R v Brown

Let’s be clear, the kinky acts at play here weren’t 50 Shades of Grey-style fluffy handcuffs and a light spanking. Among the plethora of acts depicted on video were genital torture, branding and bloodletting.

But all of these boundary-pushing acts were consensual. In fact, the slicing and dicing had been going on between the men for over ten years.

Prior to this case, consent by an injured party was seen as a relatively safe “defence” to charges of assault or injury under British law. Previous court decisions on assault and injury offences had found boxing, rough-housing, surgery and macho sporting activities were all justifiable if the person hurt had consented.

But the House of Lords felt that S&M was different implicitly because of its sexual motivation, not to mention that it involved sex between men. Essentially, in the eyes of the law, it’s all fun and games until someone pierces a urethra.

Despite this obvious prejudice, the Lords spend a lot of time in their judgment making it clear that sex was not the major problem – it was the public interest they were concerned with. In the words of Lord Templeman:

Society is entitled and bound to protect itself against a cult of violence. Pleasure derived from the infliction of pain is an evil thing. Cruelty is uncivilised.

It is curious that Lord Templeman did not see a similar “culture of violence” surrounding boxing matches, long approved under law with consent. But his fellow Lords shared his concern regarding cultural effect.

Lord Lowry decried that it was “not in the public interest” that people cause bodily harm “for no good reason”. Pleasure from beating a man senseless was fine, as long as it occurred above the belt.

Over the past 20 years, R v Brown has been heavily critiqued for its misunderstanding of sadomasochism, its obvious homophobia (one of the Lords considered it a “comfort” that a “victim” involved had “settled into a normal heterosexual relationship”) and its reflection on early ’90s social mores.

But it also raises the question of whether consensual sexual acts that “push the boundaries” are at risk of criminalisation in Australia.

The impact of Brown in Australia

If you were to enter an Australian law firm with a whip in one hand and ask the nervous solicitor sitting behind her desk whether S&M was legal, she would probably stutter out something like “kind of”.

Clearly, the police are not overly concerned with what occurs between two consenting adults in their makeshift basement dungeon. Indeed we have seen very few charges laid for consensual S&M acts. But the law regarding such acts in Australia, particularly when actual injury is being inflicted, is quite unclear.

The only relevant Australian cases we have on the subject of consensual S&M involve situations where something has gone wrong and someone has died.

In the Victorian case of R v Stein – a farcical manslaughter case involving a sex worker, a pimp and a consenting client with a taste for bondage – Stein, the “pimp”, had placed a handkerchief gag in the client’s mouth, resulting in his death from suffocation.

In assessing Stein’s appeal of his manslaughter conviction, the court cited R v Brown for the proposition that consent was not relevant to the case, as the victim had suffered “significant physical injury” (namely, death).

Read more: Craig McLachlan, defamation and getting the balance right when sexual harassment goes to court

But how significant does an injury have to be before consent is irrelevant? Is it when a flog breaks the skin? Is it when a life is in danger? Unfortunately, the judiciary has given some mixed signals on the “public interest” line between consensual fun and criminal act.

In Q v Meiers, a man suffocated to death after being bound to a veranda pole with tape by his reluctant wife. In this case, the sentencing judge was highly dismissive of the consensual sadomasochistic activity undertaken, wishing to “make it clear to the community that the Court does denounce [such] conduct”.

This critical view can be contrasted to the judge’s words in R v McIntosh. In this case, a man was asphyxiated by his lover who pulled too hard (and for too long) on a cord wrapped around his neck. Unlike the Meiers case, the sentencing judge in this case made it clear that the sentence delivered was “not based upon any moralistic response to the sexual predilections of those involved in bondage or sadomasochistic activities”.

So, which is it? Are the courts OK with a bit of kink, or concerned about spreading a “culture of violence” in Australia?

Things are made even more confusing as the criminal offences the men were charged with in R v Brown – unlawful wounding and assault occasioning actual bodily harm – are different (but similar to) the assault and injury offences found in Australia. Moreover, UK cases have a “persuasive” rather than “binding” effect on Australian courts. Does this mean that R v Brown is limited to a certain time and place, or does it have a continuing impact on Australian criminal law?

The case for consent

The decision in Brown to place a limit on what two consenting adults can get up to is steeped in outdated views on sadomasochism, sexuality and harm. Given recent discussions about consent, it also highlights the importance of the law recognising the sanctity of consent to sex.

One can accept that amateur bloodletting and testicle clamps are probably not the safest of recreational activities, but a bit of squeamishness should not lead to the criminalisation of bodily autonomy.

Indeed, the best case against the status quo came from one of the two dissenting Lords in R v Brown. Lord Mustill noted the need to leave aside:

repugnance and moral objection, both of which are entirely natural, but neither of which are in my opinion grounds upon which the court could properly create a new crime.