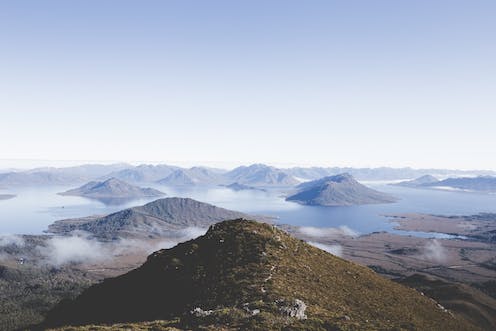 Australia is one of only 15 nations (a list that also includes Canada and the United States) that does not recognise the human right to a healthy environment at the federal level.

Last year, the Australian Panel of Experts on Environmental Law recommended that environmental democracy in Australia “must have as a foundation, respect for fundamental human rights and, in particular, an enforceable right to a clean and healthy environment”.

Read more: Is a healthy environment a human right? Testing the idea in Appalachia

Suggestions have also been made by various academics and environmental protection organisations to recognise the right in existing and proposed state human rights charters, including the soon-to-be-developed Queensland Human Rights Act.

So should Australia heed these calls and recognise the right? The global experience with environmental rights recognition suggests that it could be beneficial.

In 2012, Canadian environmental lawyer David Boyd published The Environmental Rights Revolution, an analysis of the dozens of nations which have already recognised the human right to a healthy environment in their constitutions.

Although there is no internationally accepted definition of the right, Boyd cites the Stockholm Declaration as its first formal recognition:

Man has the fundamental right to freedom, equality and adequate conditions of life, in an environment of a quality that permits a life of dignity and well-being, and he bears a solemn responsibility to protect and improve the environment for present and future generations.

His research found that across Latin America, Europe and Asia, the right to a healthy environment has helped to strengthen existing environmental protection laws and policies and encouraged the introduction of new stronger legislation. Significantly, it has also prevented governments from “rolling back” effective laws created by their predecessors.

Lawsuits utilising the right have been successful in achieving better protection for the environment, safeguarding crucial natural resources for current and future generations.

Whether Australia would enjoy similar benefits would significantly depend on the expression of the right and the form of legal recognition adopted.

Read more: The government vs the environment: lawfare in Australia

In Latvia, the right is expressed as a right to live in a “benevolent environment”, whereas in Brazil citizens are granted a right to an “ecologically balanced environment”. Exactly how the right would be expressed in Australia would be a question for parliament.

It’s highly unlikely the Australian Constitution would be changed to incorporate the right (since 1906, constitutional reform has succeeded only eight times), so it’s probable that Australia would recognise the right through legislation.

Although Australia has so far resisted introducing comprehensive national human rights legislation, the right could be recognised within a statutory bill of human rights based on the “dialogue model”.

The dialogue model of recognition

Recommended by the National Human Rights Consultation Committee, the dialogue model involves all three arms of government engaging in a “dialogue” about human rights protection. It requires public authorities to act in line with protected rights, and courts to (if possible) interpret legislation in a compatible manner.

However, one of the most powerful consequences of recognising the right within this model is that all future legislation would be scrutinised for consistency with the right.

Australia already has a Parliamentary Joint Committee on Human Rights, which examines the compatibility of proposed legislation with specified international human rights standards. Presumably, if the right was recognised in a federal bill of rights, the Committee’s mandate would alter to include consideration of all rights recognised under the legislation.

At present, the Committee is not required to consider the compatibility of proposed legislation with the human right to a healthy environment.

Ideally, the Committee would be empowered to consider the impacts of proposed legislation on the right to a healthy environment directly. This scrutiny process would help to ensure that proposals which jeopardise the government’s ability to protect, respect and fulfil the right could be identified and challenged before they pass into law.

A limited but useful tool

Under the dialogue model, the parliament retains the final say, meaning it would still be possible for the legislature to pass legislation manifestly incompatible with the right. The “safety net” of protection offered by this form of recognition would not suffice to address all potential and actual breaches of the right, or even guarantee its fulfilment.

Read more: We quibble over 'lawfare', but the law is not protecting species properly anyway

However, it would ensure that the right enters the legal and policy discourse around natural resources management and sustainable development.

In a time of unprecedented climate change, the right invites another way of thinking about our relationship with the natural world, and offers a useful tool for improving environmental protection in Australia.

This article is based on the author’s 2016 PhD thesis which proposed legal recognition of the human right to a healthy environment in Australia under a statutory bill of rights.