Smartphones and the internet have revolutionised society, commerce, and politics, reshaping how we work and play, and how our brains are wired. They have even revolutionised how revolutions are made.

For enthusiasts, these technologies enhance freedom and democratise the flow of information, putting more power in the hands of people to generate political change. In the aftermath of the Parkland shooting, high school students have used social media to provoke a public debate about guns in the United States. However, detractors counter that social media and the internet foster “slactivism”: weak, low-effort commitments that do little more than make users feel better.

It’s difficult to evaluate today’s communication technologies unless we understand how people communicated in the past. My own research looks back at how political activists used the phone in the years before the mobile phone revolution, using the records of activist groups and interviews to find out how phone talk shaped what they did and how well they did it.

The results higlight how important phone calls were in fostering a sense of community, intimacy and connection. This suggests that we have lost as much as we have gained with our high-tech gizmos.

The landline’s role in political protest 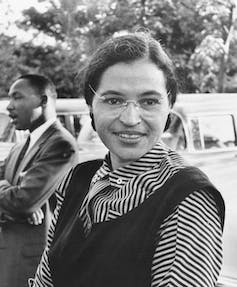 Rosa Parks sparked the Montgomery bus boycott when she refused to give up her seat to a white man. Wikimedia

Activist groups called people on the phone, as well as printing, mailing and – by the late 1980s – faxing information. In the second half of the 20th century, the phone was essential to political activism, and it helped to create lasting movements in which people felt emotionally bonded.

The phone was crucial for sharing information quickly. In the US in the 1950s and 1960s, when most Americans had telephones, the civil rights movement relied heavily on the telephone. Thousands of participants in the Montgomery bus boycott of the mid-1950s, for example, found ride shares by using phone trees.

In 1961, Wide Area Telephone Service (WATS) lines were introduced, allowing unlimited long-distance calls for a fixed fee. They saved the lives of some activists by giving grassroots workers who could not afford expensive long-distance calls a way to call headquarters to report dangerous situations.

By the 1980s, 1-800 calling cards had become common. Activists could call anyone from any phone while leaving the charges to be paid by headquarters. The number of calls made by activist groups exploded.

The power of the human voice

In 1986 Americans placed 1.97 billion calls a day – eight calls for every woman, man and child. They were having about seven times as many telephone conversations as they had had in 1950, and the number was still rising. One human rights staffer told me of his work in the mid-1980s:

All the work was done by phone. If I wasn’t in a meeting, I was on the phone.

Those calls were about much more than sharing information. Calling on a landline phone was a labour-intensive form of communication, but it provided immediate personal contact, an opportunity for genuine exchange, and an emotional depth that written communication lacked.

Read more: Why does using a period in a text message make you sound insincere or angry?

Calls were able to knit far-flung people into deeply felt communities because the phone transmits the capacities of the human voice.

The voice is one of our most powerful instruments, designed not only to communicate but also to build intimacy. Our voices convey emotion so effectively that we can identify emotions in speech even when the words themselves are muffled by walls. The voice indicates whether you are sincere – or whether you are drunk. 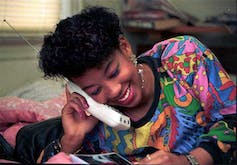 The powers of the human voice help to explain why talking on the phone can foster feelings of connection. Research on the telephone in the 1980s showed that a call made people feel wanted, needed, included, and involved.

This is why a recent Harvard Business Review study found that face-to-face requests were 34 times more successful than emails.

Critics of digital media say that it corrodes human relationships. The generation that has grown up on smart phones, which have become devices for avoiding talk, lack empathy and struggle to form friendships based on trust, according to one study.

In online communities, people tend toward narcissism and often dramatically fail to care about the feelings of others. Wael Ghonim, an Egyptian whose anonymous Facebook page in 2011 helped topple a dictatorship, concluded that social media facilitated “the spread of misinformation, rumours, echo chambers, and hate speech. The environment was purely toxic.” Empathy vanished, he says.

Read more: How the smartphone affected an entire generation of kids

Psychologists tell us that whether we are extroverts or introverts, we need human contact and feel more alive after connecting with other people. Phone calls created those connections. They made people more optimistic and resilient and broadened their mindsets. For activists, talking revealed connections they would otherwise have missed, and deepened their personal commitment to the cause and to one another. 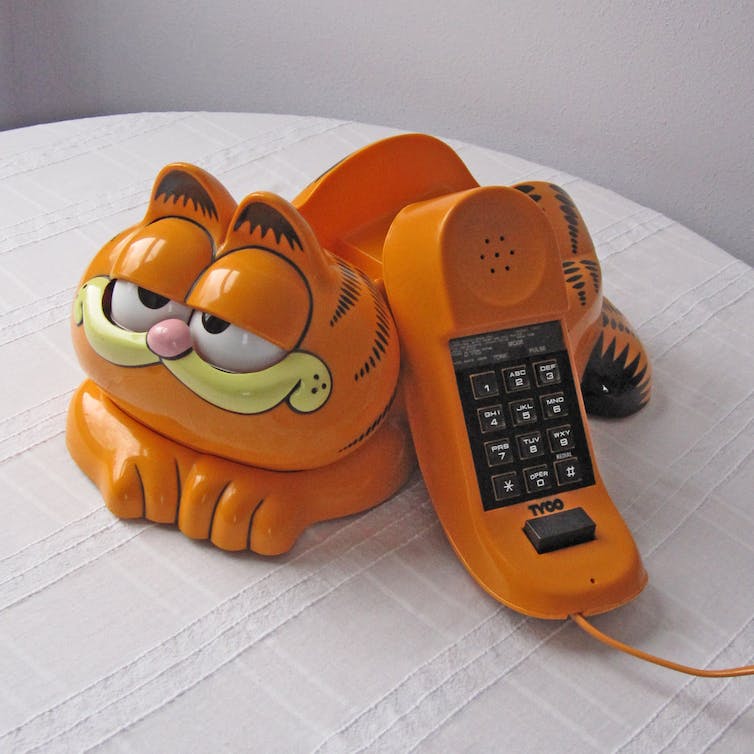 The Garfield phone was around in the 1980s. Flickr/echoesofstars, CC BY-NC-ND

The landline phone, of course, was not a flawless medium – static, missed calls, busy signals, dropped connections, prank calls and phone threats guaranteed frustration. You can bond over the phone, but you can also argue.

But the rise of smart phones – which Americans check 8 billion times a day – has not meant that we communicate better. More communication can mean that we hear each other less. Among American millennials, the number of voice calls they make is falling as texting soars. And that means we may be losing a powerful part of what connects us to each other.

Authors: Barbara Keys, Associate Professor of US and International History, University of Melbourne