After eight months of investigations, charges have been laid against Mohamed Noor, the police officer who fired the shot that killed Australian life coach Justine Damond in Minneapolis just before midnight on July 15 last year. Noor turned himself in to Minneapolis authorities on March 20 after a warrant was issued for his arrest.

Originally from Sydney, Damond made a 9-1-1 emergency call to police, reporting that she thought she had heard a woman’s screams outside her home. She approached the police patrol car when it arrived, only to be killed seconds later by a bullet fired by Noor.

There is no evidence Noor encountered a threat, appreciated a threat, investigated a threat or confirmed a threat that justified his decision to use deadly force. [He] recklessly and intentionally fired his hand gun from the passenger seat in disregard for human life.

Let’s put to one side the facts of this case, because the legal process is yet to reach a conclusion – and, until that time, Noor enjoys the presumption of innocence. Let’s instead use the tragedy of Damond’s death to look more broadly at the issue of keeping the public safe from the reckless use of police firepower. Let me offer some observations comparing the US and Australia in this regard.

US police officers are routinely armed. So are Australian police. But there is a marked difference between these countries in relation to fatal outcomes.

No-one can be certain exactly how many people are killed by police firearms each year in the US because there is no single repository for this information. The Washington Post newspaper counted 963 fatalities in 2016. A public interest group, Fatal Encounters, estimated 1,500 people were shot by police each year from 2013 to 2015. 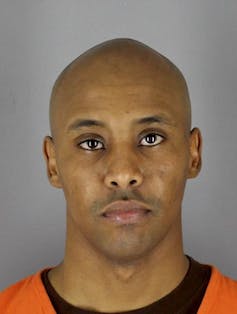 Let’s take a conservative approach and agree the number to be 1,200 deaths per year. The US has a population of about 326 million In Australia, on average, around six to eight people are killed by police firearms each year. We have a population of 24 million.

The literature tells us the number of civilian deaths caused by police firearms varies according to the standard of police firearms training, the rules that pertain to the police use of lethal force, and the gun culture in the society in which officers operate, including the level of militarisation of police forces.

There is little doubt that firearms training suffers when there are multiple providers and the lack of a common centralised provider. This is important in the US context, given that there are some 15,000 police commands in that nation.

In contrast, we have only eight police commands across Australia, namely the police departments of the six states, the Northern Territory Police, and the Australian Federal Police.

Also, the rules pertaining to the deployment of police firearms in Australia are extremely demanding. In contrast, American police officers need only have a “reasonable belief” that a firearm should be deployed.

Finally, there is little doubt that the gun culture of the US is a factor in police shootings of civilians. Officers in the US are primed to expect a gun on any routine encounter, given US citizens’ ready access to firearms. Indeed, a significant percentage – perhaps as high as one-third – of US households has access to a gun. Only about 6% of Australian householders own a firearm.

Read more: Shoot to kill: the use of lethal force by police in Australia

How do we prevent ourselves going down the path that the United States has taken? The answers are straightforward. We must continue to insist on high standards of accountability and training for those who have access to lethal force.

We should continue to champion non-lethal alternatives, too, and not lose sight of the value of best-practice negotiation skills, and training in high-level communication techniques. And we must continue to foster strong collaborations between police and mental health professionals.

It is imperative that each jurisdiction keeps up-to-date data on the circumstances in which police firearms are drawn and deployed, and when and where deaths occur. It is also imperative that we do not water down Australia’s gun control laws, in place since the Howard government’s strong policy stand in 1996.

Finally, it is sometimes suggested that police should have the benefit of a more liberal “shoot-to-kill” policy. Any such move should be fiercely resisted. The shooting of Justine Damond provides a tragic yet valuable lesson that a “warrior cop” mentality is inevitably counterproductive to the task at hand.