If you go by the ads for some language learning apps, you can “have a conversation in a new language in three weeks”.

But the experience of most Australians when trying to learn a new language is more likely to resemble that of our prime minister who, a few years ago, wrote:

Learning any language at school is…difficult because there simply aren’t enough hours in the school calendar for most students to achieve any real facility – as many Australians have discovered when they tried out their schoolboy or schoolgirl French on their first visit to Paris!

The time it takes to learn a language depends on what you mean by “learning a language”. If your definition is being able to order a “café au lait” or ask for directions to “les toilettes, s’il vous plait” on your next trip to Paris, three weeks is perfectly realistic.

But if you need to study using another language, perform your job with it and negotiate all your relationships through that language – the answer changes dramatically. You’ll be looking at six years and more, where more may well mean never.

Language proficiency is therefore best thought of as the ability to do things with words. The things a tourist needs to do with words are vastly different from the things a migrant needs to do.

Read more: Linguistic paranoia – why is Australia so afraid of languages?

Not only do different people need to do different things with language but their proficiency is usually assessed differently. A tourist will be considered highly fluent if they can have an everyday conversation. But the same level of proficiency would be considered too low if they wanted to take up university study where a more mentally challenging use of language is necessary to succeed. 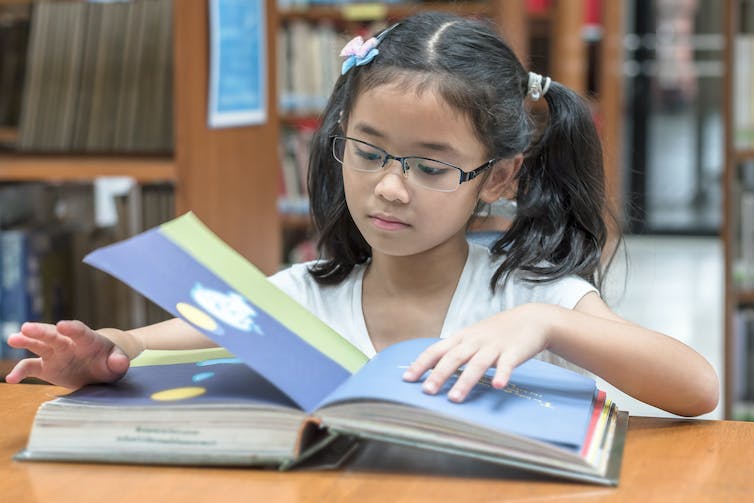 Learning another language requires a considerable investment of time, effort and commitment. Shutterstock

The problem isn’t just that the goal of “knowing a language” is variable but also that the pathway towards that goal is different for everyone. How much time and effort a person will require to get to a similar point on the spectrum depends on a wide range of linguistic and non-linguistic factors.

An important language factor is similarity. Similar languages are easier to learn than vastly different languages. From the perspective of English, Afrikaans and Dutch are quite similar while Arabic and Chinese are very different.

Read more: What languages should children be learning to get ahead?

Does this mean we should all be learning Afrikaans instead of Chinese?

Obviously not. And this is where non-linguistic factors come in. Many Australians are likely to be more motivated to learn Chinese than Afrikaans. They may find there are better Chinese learning resources (classes, textbooks, qualified teachers) within reach. And they may have more opportunities to practise Chinese than Afrikaans.

All this may align in a way that makes Chinese easier to learn than Afrikaans, despite the obvious difficulties of contending with the tones and the script. 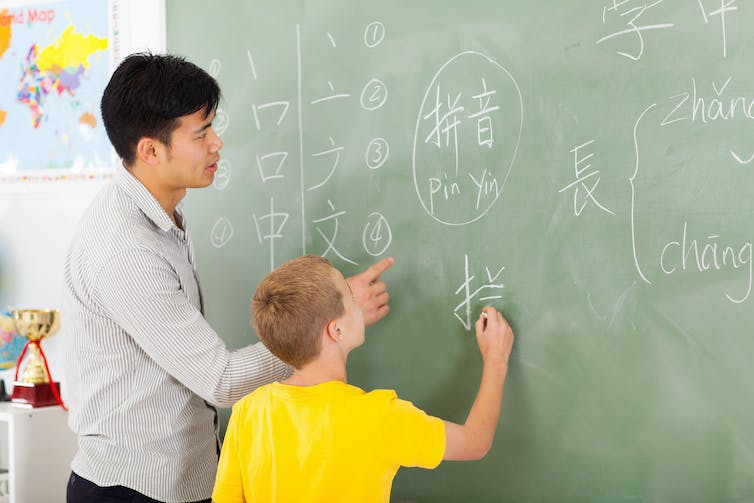 Similar languages have been shown to be a lot easier to learn than vastly different languages. Shutterstock

Individual learner differences also play a role in making language learning more or less difficult, such as age. Adolescence and young adulthood are particularly good times to learn a new language. At that age, the brain is still quite malleable as in the younger years. But adolescent and young adult learners have better strategies and problem-solving skills than younger learners.

Education, including good study skills and socioeconomic factors, also play a role. Being able to afford private tuition, for instance, will have an impact on learning a language.

English speakers can actually find it more difficult to learn another language precisely because they speak English. This is because the world has relatively low expectations of English speakers when it comes to their talent for foreign language learning.

At the same time, there is no shortage of enthusiastic English language learners keen to make good use of practising with native speakers. These dynamics are likely to make it harder for an English speaker to learn Korean than for a Korean speaker to learn English – although the linguistic challenge involved is theoretically the same in both directions.

Learning a language requires a considerable investment of time, effort and commitment. But it’s well worth it because another language opens a door to another life.