Protein supplements for athletes are literally sold by the bucketful. The marketing that accompanies them persistently promotes the attainment of buff biceps and six-pack abs.

In 2014, the protein supplement market in Australia was valued at A$545 million dollars, and is predicted to keep growing by about 10% per year. But do athletes really need them?

First, let’s consider what protein is and why we need it. Protein is an essential macronutrient in the diet. This means it provides energy to fuel the body but also has structural properties.

Read more: Health Check: here's what you need to know about protein supplements

Protein is formed by smaller units called amino acids. Amino acids are used by the body to make muscle and other essential body proteins that are used in the immune system, and also to regulate many of the processes in the body.

Protein is fairly ubiquitous in the diet – it can come from animal sources (fish, meat, offal, eggs and dairy), and in smaller amounts from vegetable sources (cereals and legumes).

How much protein do we need? 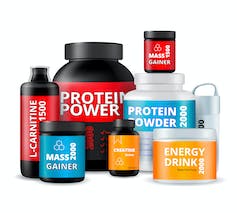 Protein supplements are literally sold by the bucketload. from www.shutterstock.com

Athletes need more protein as they are building and/or repairing muscle as well as connective tissue. Their requirements are two to three times the amount of protein as normal people, or between 1.4-2g per kilo of body weight per day.

This is a large range, allowing variation for the sort of sport they play. An elite endurance male may be in the lower range, as they have a smaller body frame and less musculature. A power sportsman, such as an AFL player, would require more.

Are we getting enough?

A 2011-12 survey found most Australians were consuming about double the recommended intake of protein per day. Almost all (99%) Australians met or surpassed the required intake.

But actually it’s the timing of consuming the protein that is most important to building muscle. After any sort of exercise or performance activity that results in muscle resistance, the muscle has to be rebuilt. For maximal synthesis to occur there needs to be adequate levels of amino acids circulating in the blood. It’s been determined that, to achieve this, around 20-30g of protein must be consumed within 1-4 hours after exercise.

This doesn’t mean you need to down a protein shake as soon as you leave the gym. If you’re having a meal within this time frame, you can consume the 20-30g in that meal (which most people would anyway). This amount of protein from animal sources includes enough of the critical amino acid, leucine, that is needed for muscle resynthesis.

This is the equivalent of 120g of beef or chicken, three whole eggs, 70g of reduced fat cheddar cheese or 600ml of skim milk. However if we look at plant-based foods, you would need the equivalent of seven slices of bread, 350g of kidney beans or lentils, or 900ml of soya milk.

So does anyone need protein supplements? 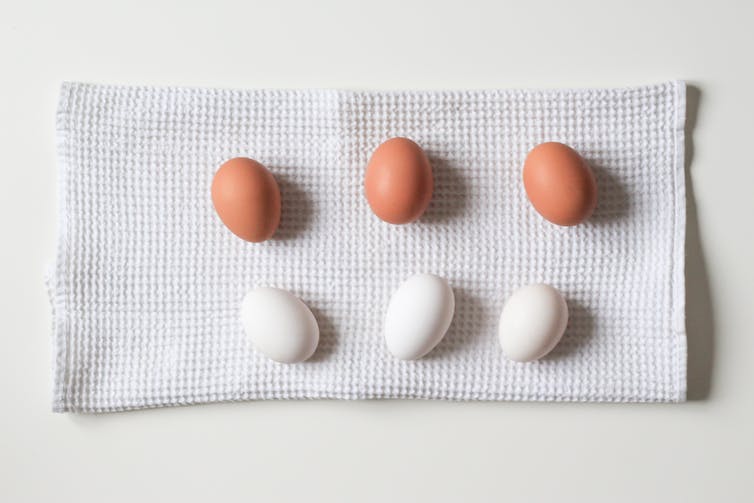 But of course protein supplements don’t have the other nutrients that natural foods contain, such as iron and zinc from red meat, calcium from dairy, or omega-3 fatty acids from fish.

Additionally, one needs to weigh up the risk of potential contamination with banned substances like anabolic agents, stimulants, and diuretics. This may be intentional by the producer (as their product will appear to be more effective in building muscle) or accidental due to an error in the manufacturing process or using ingredients that may have been contaminated.

Analytical studies have also shown there may be contamination with the heavy metals lead, mercury and arsenic. The other consideration for the athlete is the impact on the hip pocket and environment.

Read more: What are peptides?

Is there any harm in taking extra protein?

The question of “protein overdose” partially depends on exactly how much extra protein is being consumed. We can be reasonably confident levels up to 2-3g per kilo of body weight per day (so around 200g for a 75kg person) have no health risk. But there has always been concern higher levels of protein may accelerate underlying kidney disease (particularly if there is a family history) leading to a progressive loss of kidney capacity.

Athletes and weekend warriors should exercise caution if they’re considering intakes of protein beyond 2-3g per kilo of body weight per day. In these situations, athletes should seek advice from an accredited sports dietitian.