Of all the days to stay in bed, Friday the 13th is surely the best. It’s the title of a popular (if increasingly corny) horror movie series; it’s associated with bad luck and it’s generally thought to be a good time not to take any serious risks.

Even if you try to escape it, you might fail, as happened to New Yorker Daz Baxter. On Friday 13th in 1976, he decided to just stay in bed for the day, only to be killed when the floor of his apartment block collapsed under him. There’s even a term for the terror the day evokes: Paraskevidekatriaphobia was coined by the psychotherapist Donald Dossey, a specialist in phobias, to describe an intense and irrational fear of the date.

Unfortunately there is always one Friday 13th in a year, and sometimes there are as many as three. Today is one of them - and another comes in July. But no matter how many times the masked killer Jason Voorhees from Friday the 13th returns to haunt our screens, this fear is in our own minds rather than any basis in science.

One study did show a small rise in accidents on that day for women drivers in Finland, but much of the problem was due to anxiety rather than general bad luck. Follow-up research found no consistent evidence of a rise in accidents on the day, but suggested that if you’re superstitious, it might be better not get behind the wheel of a car on it anyway.

The stigma against Friday 13th likely comes from a merging of two different superstitions. In the Christian tradition, the death of Jesus took place on a Friday, following the presence of 13 people at the Last Supper. In Teutonic legend, the god Loki appears at a dinner party seated for 12 gods, making him the outcast 13th at the table, leading to the death of another guest. 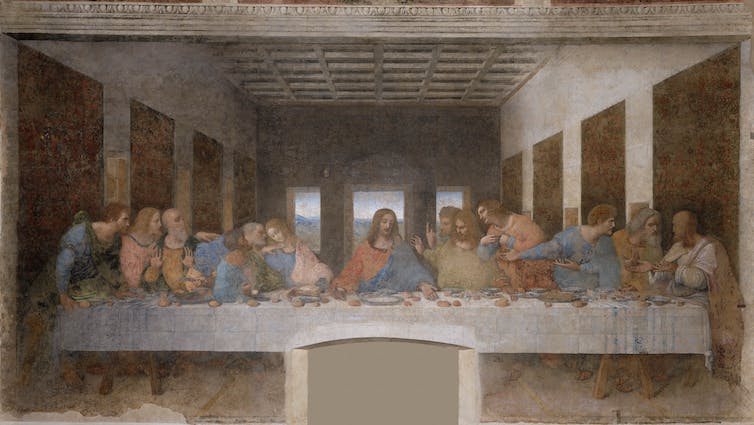 Elsewhere in the world, 13 is less unlucky. In Hinduism, people fast to worship Lord Shiva and Parvati on Trayodashi, the 13th day in Hindu month. There are 13 Buddhas in the Shingon sect of Buddhism, and there is mention of a lucky 13 signs, rather than unlucky, in The Tibetan Book of the Great Liberation.

In Italy, it is more likely to be “heptadecaphobia”, or fear of the number 17, that leads to a change of plans. In Greece, Spain, and Mexico, the “unlucky” day is not Friday 13th, but Tuesday 13th.

In China, the number four is considered significantly unlucky, as it is nearly homophonous to the word “death”. In a multicultural country like Australia you may find hotels and cinemas missing both 13th and fourth floors, out of respect for the trepidation people can have about those numbers.

Superstitions were one of the first elements of paranormal beliefs studied in the early 1900s. While many are now just social customs rather than a genuine conviction, their persistence is remarkable.

If you cross your fingers, feel alarmed at breaking a mirror, find a “lucky” horseshoe or throw spilled salt over your shoulder, you are engaging in long-held practices that can have a powerful impact on your emotions. Likewise, many students are now heading towards their semester exams. In the lecture rooms, they may take lucky charms such as a particular pen or favourite socks.

In sports, baseballer Nomar Garciaparra is known for his elaborate batting ritual. Other sports people wear “lucky gear” or put on their gloves in a particular order. The great cricket umpire David Shepherd stood on one leg whenever the score reached 111. These sorts of superstitions are humorously depicted in the film Silver Linings Playbook. It’s interesting to note that it’s often the successful athletes who have these superstitions and stick to them. 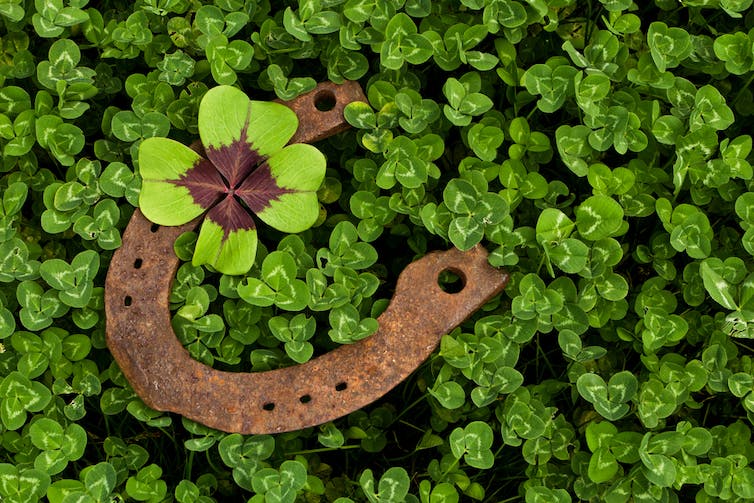 One key reason for the persistence of superstition is a psychological concept called a “discriminative stimulus”. An example of this is the gambler who notices he always seem to win when betting on “lucky 7”, and forgets all the times that same number has not been in his favour.

Charms do work in a fashion. If you wear your lucky underwear and succeed enough, you will feel distress that actually impedes your performance if you’re not wearing them. This then influences your performance – an “A” seems guaranteed because you walk in fully prepared.

But if you’re feeling a little anxious this Friday, try to remember there’s nothing different about it to any other day.