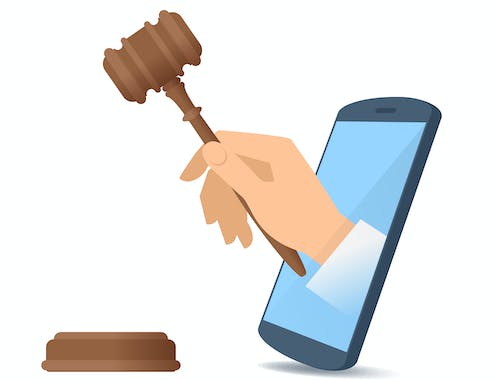 In April 2013, Adrian Bayley pleaded guilty to Jill Meagher’s murder. As the case was the subject of heavy media coverage, there would have been few Australians who were not well aware of it.

It’s worth pondering, then, what might have happened had – as was possible – Bayley pleaded not guilty. Would it have been possible to empanel a jury that could bring a fair mind to the assessment of Bayley’s guilt? If not, what ought to have been done?

It is difficult to imagine there could be many speakers of English living in Australia, even parts of Australia outside Queensland, in the years before the trial who had not been exposed to the massively unfavourable publicity that [Patel] received during these events. It was inflammatory, derisive and bitter.

Though the likes of Bayley and Patel are unlikely to attract sympathy, we should nonetheless give serious thought to the challenges involved in ensuring such defendants are able to be tried fairly.

The law insists any accused is entitled to test the charges against them before an impartial tribunal. This is one of the core values of our system of justice; it ought to be jealously protected.

The problems high-profile defendants pose are hardly new. But they are more pressing today than ever.

Prejudice in the modern courtroom

In an age of search engines and social media, the likelihood of prospective jurors being exposed to prejudicial publicity in the lead-up to a trial has never been greater.

Modern conditions have also cast doubt on the efficacy of traditional mechanisms – such as a change of trial venue, or the rules relating to sub judice contempt – for controlling such publicity and managing its impact.

There is also strong evidence that suggests such publicity can have a meaningful effect. A 1999 meta-analysis of 44 empirical tests, involving a total of 5,755 subjects, concluded that:

… the data support the hypothesis that negative pretrial publicity significantly affects jurors’ decisions about the culpability of the defendant.

Read more: Why the public isn't allowed to know specifics about the George Pell case

Faced with these difficulties, some have suggested that notorious defendants ought to, in some cases, be tried by judge alone, rather than before a jury. This course of action is not available in all parts of Australia. Where such trials are available, the conditions under which they are permitted vary.

The appeal of a trial by judge alone in such cases is founded upon the great confidence the law has in judges’ capabilities.

This conviction is deeply held. Yet when I and two other researchers examined whether this belief was empirically supported, a complex picture emerged.

In short, there is little clear empirical evidence to suggest judges are significantly more capable than jurors of putting prejudicial information to one side in decision-making. Despite having examined several empirical studies conducted over a considerable span of years, we were unable to identify a firm foundation for the overwhelming confidence in judges’ superior capabilities.

Two qualifications must immediately be made.

First, this conclusion does not call into question the integrity, commitment or diligence of either judges or jurors. To say both judges and jurors may similarly struggle with the impact of prejudicial publicity is not to say that trials of notorious defendants, whether conducted before a jury or by judge alone, are anything less than fair.

Second, it must be stressed there remains a real need for further research on this subject. The main conclusion we arrived at is that the assumptions that underlie the widespread faith in trial by judge alone merit continued investigation.

It is possible that further research may yield more decisive and satisfying answers than are currently available. If it leads to the conclusion the judiciary is more capable than jurors of ignoring prejudicial publicity, this may act as an impetus for the expansion of the availability of trial by judge alone.

Whatever the outcome of further investigation, we cannot afford any delay in carrying it out. The continuing growth and reach of social media means the problem of prolific, prejudicial online publicity is not one that will disappear with time. It is likely to become more – not less – crucial to find ways to moderate the effects of prejudicial publicity.