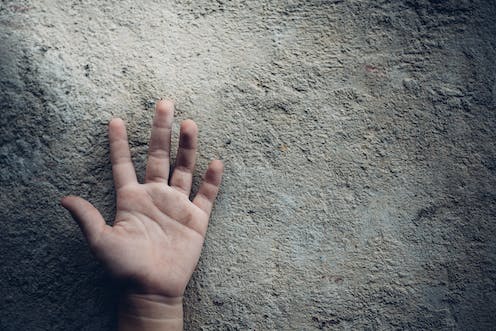 The public often feels intense loathing and anger towards paedophiles and those who sexually abuse children. A raft of sex offender policies such as Western Australia’s publicly accessible register of “dangerous and high risk offenders” has been introduced globally to appease an increasingly hostile, punitive and vocal community.

What the public thinks about the causes of child sexual abuse is important, because what people think causes a problem informs what they believe should be done.

Read more: What's in a name? Online child abuse material is not 'pornography'

My recent research examined what the public think causes paedophilia and child sexual abuse. I found there were four common causal explanations, and while each had some truth to them, they ultimately missed the complexity of the actual causes.

‘Born that way’ or cycle of abuse?

I analysed nearly 800 comments posted by members of the public to four online forums created following the announcement of a new program for reintegrating sex offenders in South Australia.

The forums are a rich source of data on public views about causality, particularly since people’s comments are “off the cuff” rather than telling the researcher what they want to hear.

The first common view was that paedophilia is a sexual orientation akin to homo- or heterosexuality. This is the belief that paedophiles are simply “born that way”:

They do it because their sexual orientation is children.

If their brain says it’s children [there is] nothing anyone can do to change that.

U can’t “cure” a persons eye colour! And u can’t cure the way these child rapists think or behave.

Others believe that paedophilia and/or child sexual abuse is caused by mental illness, making reference to “a mental health issue”, and the need for “mental health support” and to help “the mentally ill”.

[…] paedophilia is also a sort of mental illness. Their brain isn’t “wired” correctly, causing them to be sexually attracted to children.

[…] they have a brain malfunction and they cannot change.

In line with previous research findings from the US, I found that members of the public also commonly view paedophilia and child sexual abuse as a manifestation of the cycle-of-abuse theory.

This refers to the notion that child sexual abusers were themselves abused as children, and go on to perpetuate the abuse as adults.

For example, posters to the online forums repeatedly referred to the “vicious cycle” of abuse. Others claimed that:

Most of them have been sexually abused as kids.

They are almost always manifesting their own abuse.

First, it’s important to understand that paedophilia and child sexual abuse are not the same thing. “Paedophilia” refers to an enduring sexual interest in prepubescent children, which may or may not be acted on.

Not all those who sexually abuse children are paedophiles, with many abusers acting opportunistically or due to something other than a sexual preference for children. This distinction isn’t always well understood.

Secondly, the reality of child sexual abuse is far more complex than any of the four explanations suggest. While it is a truism that anyone who abuses a child chooses to do so, it is not the case that people with paedophilia choose to have this sexual attraction.

There is some truth to the cycle-of-abuse explanation too, but again the reality is more complex. It is clear that most victims of child sexual abuse do not become perpetrators. Most victims are female, while most perpetrators are male, and there is no direct link between victimisation and perpetration.

There is also some truth to the public belief that paedophilia and child sexual abuse reflects a mental disorder, but only in some circumstances.

According to the Diagnostic and Statistical Manual of Mental Disorders, paedophilia can only be classed as a disorder if it causes distress or impairment to the individual, or if acted on would cause harm or risk of harm to others.

So are members of the public right about what causes paedophilia and child sexual abuse? The short answer is “yes and no”.

While they adhere to a number of explanations that are correct in some circumstances, the problem is that most people strongly adhere to only one explanation.

In reality, the causes of paedophilia and child sexual abuse are multiple and complex. Given that public opinion influences law and policy, it is critical that the public is better informed about this important issue.