A dig in Luzon, an island in the northern Philippines, has uncovered fossils of an “Ice Age” rhinoceros that was butchered around 700,000 years ago. It’s the first evidence demonstrating the presence of archaic humans in the Philippines.

This exciting new finding, published today in Nature, suggests that early hominins were more widespread than previously thought in Wallacea – the vast network of islands located east of continental Eurasia. 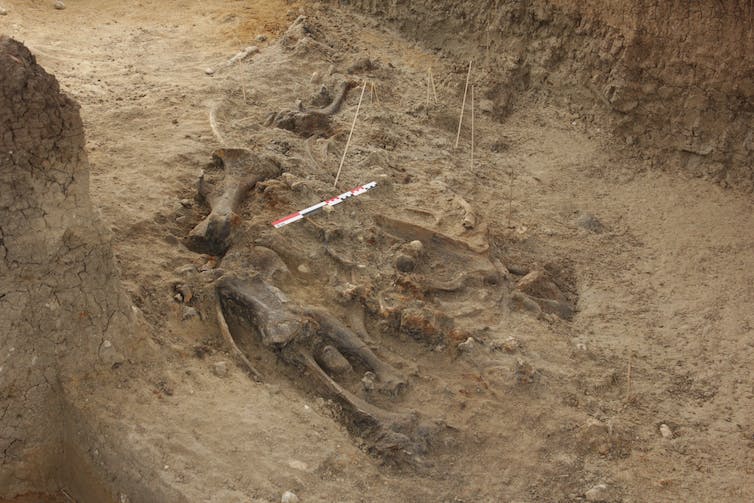 The work is published by an international research team, including French, Filipino, Australian and Dutch scientists.

They discovered the now-extinct rhino carcass during excavations at Kalinga in Luzon’s Cagayan Valley. Marks on the bones indicate slicing with sharp-edged stone tools, showing that hominins removed flesh and fat from this large animal which they either killed or found recently deceased. Simple stone tools were found near the rhino.

Read more: Ancient stone tools found on Sulawesi, but who made them remains a mystery

The rhino and tools were buried in river sediments. The team, co-led by Gerrit (“Gert”) van den Bergh from the University of Wollongong, has proposed an age of between 777,000 to 631,000 years ago for their discovery. We can be confident in these results because they used several independent dating methods that are all in agreement.

Who butchered the rhino?

In archaeological sciences, the term “archaic hominin” is generally used to refer to extinct forms of humans.

Prior research shows that archaic hominins had reached the islands of Sulawesi and Flores to the south of Luzon by at least 200,000 years ago and one million years ago, respectively. Like Luzon, Sulawesi and Flores are large Wallacean islands located relatively close to the edge of the southeastern tip of continental Asia (“Sundaland”). 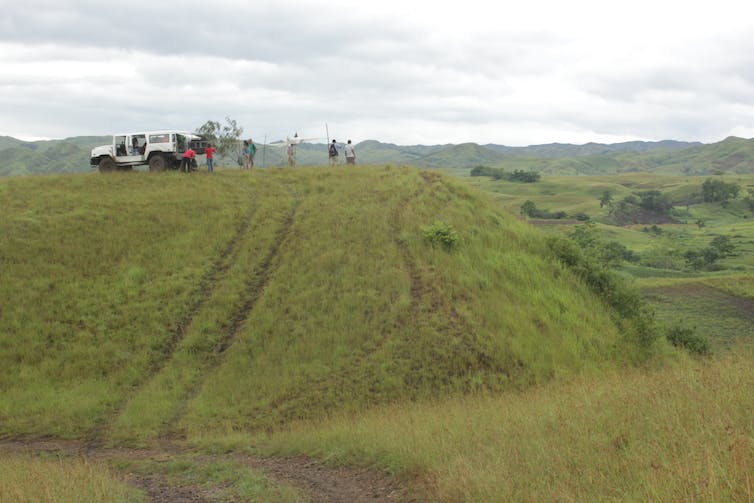 Given that archaic hominins were able to colonise Sulawesi and Flores, it stands to reason that they also could have made it to the Philippines – but until now conclusive evidence for this has been lacking.

At this stage we don’t know which species the early tool-makers in Luzon belonged to, owing to the lack of hominin fossils from the rhino site.

However, the most likely candidate is Homo erectus, a widespread species that inhabited Java from 1.2 million years ago, and was also in China – this would also include “the Hobbit” (Homo floresiensis) from Flores, which may be a dwarfed Homo erectus.

Read more: A 700,000-year-old fossil find shows the Hobbits’ ancestors were even smaller

That said, it is now clear that Wallacea is a highly enigmatic region with a complex role in the human evolutionary story, so I would not rule out the possibility that an entirely unknown species inhabited Luzon.

How did hominins get to Luzon?

The Luzon team concludes that hominins of some kind had established a presence in the northern Philippines during the Middle Pleistocene epoch (between 781,000 and 126,000 years ago), that they must have come originally from Borneo to the southwest or Taiwan to the north, and that they could potentially have used boats.

I think most scientists will be reluctant to accept the idea of archaic hominins paddling beyond Eurasia in purpose-built watercraft, even very rudimentary ones. This is not to say that such a scenario is impossible, but I think if it were so then we would already have evidence that archaic hominins got to more remote parts of the region, including Australia. 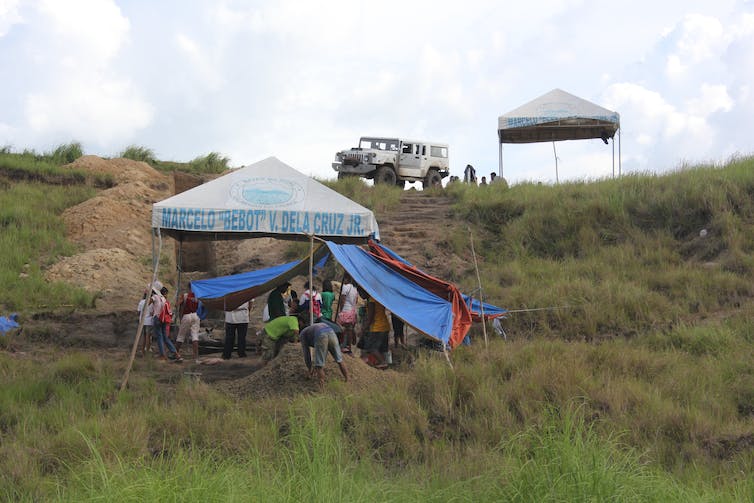 It is more likely that rare events are the mechanism behind hominin populations taking root on oceanic islands near Asia, like Flores, Sulawesi, and Luzon: for instance, hominins may have been swept out to sea by tsunamis and survived ocean crossings by clinging to floating vegetation.

Read more: Debris from the 2011 tsunami carried hundreds of species across the Pacific Ocean

What this means for the “Hobbit” story

The oldest stone tools on Flores date back at least one million years. The earliest hominin fossils from this island are 700,000 years old and belong to a Hobbit-like population that may be directly ancestral to Homo floresiensis.

The Luzon find is important to the Hobbit story because it now looks like the northern part of Wallacea was the source of origin for the hominin population that first reached Flores (via Sulawesi) on the southern fringes of Wallacea.

The “Hobbit trail” may begin in the Philippines!

The Flores fossils suggest that hominins cut off on this Wallacean island survived for hundreds of millennia and underwent unexpected evolutionary changes, including shrinking dramatically in both body and brain size. 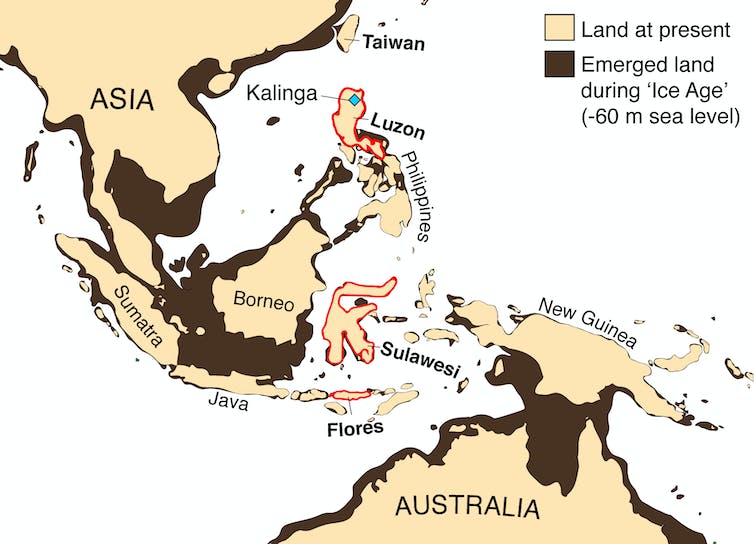 It is possible a similar story of hominins evolving in genetic isolation took place in Luzon; but, that said, the Luzon environments are distinct from those of Flores, so we can’t easily predict the outcome of a new evolutionary “experiment” with different parameters in this Wallacean island.

There may be some real surprises in store when a hominin fossil record is available in Luzon.

Did “archaics” meet “moderns” in the Philippines?

Finally, the biggest of big picture questions is whether archaic hominins in Flores and Luzon (and Sulawesi) persisted for long enough to come face-to-face with modern humans, who probably migrated into this area around 70,000 years ago.

We now know from ancient DNA studies that our species interbred with at least two (but probably more) archaic hominin species encountered by modern humans outside Africa: Neanderthals and Denisovans.

Could there have been other gene flow events involving unique populations of archaic humans scattered throughout Wallacea?

We don’t yet know the answer to that question.