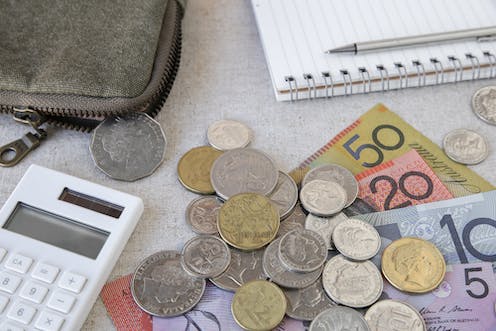 What a difference a year makes in budgetary politics. More to the point, what a difference the availability of better-than-anticipated tax receipts makes in framing an electioneering budget.

Burgeoning tax revenues – for now – have enabled Treasurer Scott Morrison to bring down a budget that will put the government in a better position to fight the next election than otherwise might have been the case.

This is a budget that, on the face of it, more or less accords with conservative principles of fiscal restraint and a commitment to reduce the tax burden.

This would not have been possible without a surge in government receipts. In that respect, the government has been lucky.

What Morrison has put together in this, his third budget, is the outline of a policy manifesto for the next election across a range of government activities, including its response to escalating energy prices, infrastructure bottlenecks and cost-of-living pressures.

Coalition members of parliament, including a conservative rump, should not be displeased with a document that will provide a reasonable platform for polls due by mid-2019.

In their pre-budget deliberations, Morrison and fellow members of the Expenditure Review Committee will have obsessed about four basic questions in framing the 2018-19 document.

The first is how to shore up support in the Coalition’s heartland seats to create a political Maginot line against an aggressive Labor challenge. The second is how to distribute largesse from booming tax receipts in a way that avoids criticism of fiscal irresponsibility. The third is how credible are the Treasurer’s claims of charting a course back to a budget surplus a year earlier than anticipated to enable paying down debt. And finally, how to differentiate the Coalition from Labor across a suite policies because in the end, elections are about product differentiation.

For the government, the question will be whether Morrison’s budgetary measures, including a redrawing of the tax scales, increased assistance to seniors, and a boost to infrastructure spending will prompt jaded voters to give the Coalition another look.

Can people be persuaded to look more critically at what Labor will have on offer, bearing in mind that it has already announced measures on cash-back franking credits, negative gearing and capital gains that will provide scope for it to match – or better – the Coalition’s tax cuts?

Those Coalition representatives sitting behind Morrison on the Treasury benches will be encouraged – not necessarily convinced – by his budget offerings.

A budget poll bounce may materialise, but it is hard to see the budget changing the political calculus in and of itself, in which Labor has maintained an advantage since the knife-edge election of 2016 .

In 2016, the Coalition prevailed by just one seat. This means that the forthcoming election, there is virtually no margin for error.

Tax reform stands as the centrepiece of this Morrison budget, with an immediate reduction in taxes for lower and middle-income earners, and a long overdue simplification of the tax scales over time.

Coalition supporters will be pleased a start has been made on more comprehensive tax reform in place of piecemeal measures adopted in recent times.

Whether lower and middle income taxpayers regard average tax reductions of $10 a week sufficient remains to be seen.

On the other hand, this is a budget that will provide challenges for Labor in framing a narrative that questions the government’s commitment to fairness in the allocation of resources.

In his press conference before his statement to parliament, Morrison was at pains to emphasise the budget’s “fairness”.

This is how a government – under pressure over perceptions it is indifferent to the challenges facing middle Australia – hopes the 2018 budget will be received.

Memories of an austerity 2014 budget, brought down by then Treasurer Joe Hockey and widely regarded as lacking fairness, have lingered.

In his three budgets, Morrison has steadily sought to reverse the negative impact of that 2014 budget on middle and lower-income earners.

Thanks to improving tax revenues, he appears to have succeeded to a significant extent in erasing lingering fallout.

What is striking about the 2018 budget is the marked difference in tone between what he had to say last year, and his relatively upbeat view of the way ahead this year.

In 2017, he reminded us that Australians had been obliged to “dig deep to keep the economy on track”, and he acknowledged “it’s been a fair while since hardworking Australians have had a decent pay rise”.

This year, he asserted the government had been making “real progress” in getting the budget “back on track”.

These projections could be said to be based on heroic assumptions about continued revenue growth over the next decade, and spending restraint. They need to be regarded sceptically.

A rejigging of the tax scales in favour of middle and lower income earners should help neutralise criticism the Coalition skews it policies towards higher income earners and the so-called “big end of town”.

Corporate tax cuts remain in the budget, but their passage against Senate opposition remains problematic.

Economist Chris Richardson gives Morrison credit for bringing down a budget that resisted the temptation to take advantage of a surge in tax receipts to splurge on election giveaways:

We had a dangerous combination of higher-than-anticipated tax receipts and a pending election, but despite this the Treasurer has been relatively restrained.

Richardson noted the budget was “tightly focused” on middle Australia, where the forthcoming election will be won and lost.

Economist Saul Eslake agrees that despite the “biggest movement” in revenues since the global financial crisis the government had been “reasonably prudent” in formulating an election-year budget.

Whether a public, which is seeing electricity prices going through the roof, and wage increase stuck in low gear, sees it this way remains to be seen.

However, Morrison has done a serviceable job with a budget that needed to be both prudent and relatively appealing. This budget will define the political narrative for the forthcoming election. Battle is joined.