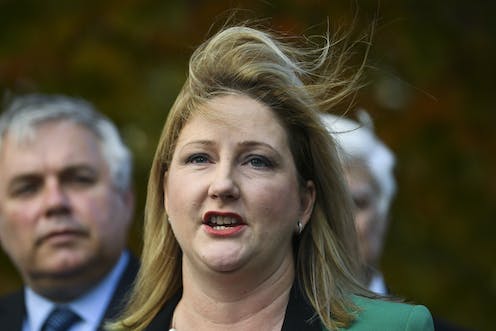 On Wednesday morning, the High Court disqualified Labor’s ACT Senator, Katy Gallagher. As a senator, Gallagher’s disqualification will not require a byelection; she will be replaced by Labor’s second candidate on its ACT ticket, David Smith.

By Wednesday afternoon, all four of these members had announced they would resign from Parliament and recontest their seats at subsequent byelections. With the Perth byelection that was required last week, there are likely to be five federal byelections on the same date.

All byelections will be held on 2016 boundaries, even if there has been a redistribution in the state in which the byelection takes place. As the incumbent will be recontesting, the byelections caused by section 44 are different from most byelections.

At the 2016 election, Labor gained both Braddon and Longman by defeating Coalition incumbents. Labor’s 0.8% margin in Longman, and 2.2% margin in Braddon do not reflect the “sophomore surge” effect.

If Longman and Braddon were held at a general election, Labor would expect to do better in those seats than nationally, as their new incumbents should receive a personal vote bonus, while the Coalition loses the personal votes of their previous members.

Labor has a 7.5% margin in Fremantle, and the Liberals are more likely to focus on Perth (Labor by 3.3%), where the incumbent Labor member is not recontesting.

In Mayo, the Centre Alliance’s Rebekha Sharkie (formerly Nick Xenophon Team) holds a 5.0% margin against the Liberals. However, Xenophon’s attempt to win the balance of power in the South Australian election failed dismally, as his party won zero lower house seats.

It is likely Xenophon’s failure will affect Sharkie, although her profile as a sitting member will help her. Sharkie’s interest would be best served by running as an independent, not endorsing Centre Alliance policies. The former Liberal MP Jamie Briggs was negatively perceived, explaining some of the swing to Sharkie in 2016.

On a two party basis, the Liberals hold a 5.4% margin against Labor, a 7.2% swing to Labor since the 2013 election. However, some of this swing is explained by Briggs, and Labor is unlikely to be competitive with a better Liberal candidate.

In summary, I think it is likely that Labor will hold all four of its seats, and that Sharkie is the most vulnerable at these byelections.

28% thought more funding for schools and hospitals most important for the budget, followed by 22% for supporting industries that create jobs, 17% for personal tax cuts, 12% for building infrastructure and 8% for fully funding the NDIS.

Every May, two or three of Tasmania’s 15 upper house seats hold elections for a six-year term. Currently the left has control with eight seats (four Labor and four left-wing independents). On Saturday, elections were held in Hobart and Prosser.

In Prosser, in a field of 13, Liberal Jane Howlett had 26.1%, Labor’s Janet Lambert 22.0% and independent Steve Mav 19.8%. Bonham thinks Howlett is most likely to win when preferences are distributed next Tuesday, the final day for receipt of postals.

If either Howlett or Mav wins in Prosser, the right and left will retain their seats, with no change to the overall balance of power.

I wrote for The Poll Bludger about the May 3 UK local government elections. According to the BBC’s projected national vote share, Labour and the Conservatives tied on 35% each. This was the first major UK electoral test since Labour surged back at the June 2017 general election to deny the Conservatives a Commons majority.

In Wednesday’s Malaysian election, the party that had governed Malaysia since independence in 1957 was defeated. Former PM, and current opposition leader, Mahathir Mohamad, will become the new PM, the oldest head of government in the world at the age of 92. The opposition parties gained 54 seats from the government.