Hobart is a city known for its risk of catastrophic fire, such as the devastating wildfires of 1897-98 and 1967. As the second-driest city in Australia, until last week it was easy to forget that Hobart is also vulnerable to serious flooding. Like many cities, Hobart’s closeness to nature can be a double-edged sword – the hilly terrain affords spectacular views of the mountain and the river, but makes the city especially prone to wildfire and flash-flooding.

Hobart’s lack of preparedness for the scale and intensity of the May 2018 flood is also partly attributable to the city’s postwar planning. So how can Hobart and cities like it become more resilient to increasingly frequent natural disasters?

Flash flooding turns the city of Hobart into a disaster zone.

Read more: Higher density in a flood zone? Here's a way to do it and reduce the risks

A history of vulnerability and risk

Like it or not, disasters are part of the urban landscape. So too is social inequality. And the two can be mutually reinforcing – socially isolated and disadvantaged residents are often less able to cope when disaster strikes. They may, for example, lack insurance or be less mobile.

Social cohesion is a key element in community disaster recovery, helping cities “bounce back” after an event. But good land use planning is also important to avoid creating future problems.

Read more: A healthy environment shouldn't just be for the rich

Like the rest of Australia, historically city planning in Hobart was characterised by disconnection from nature. Creeks and streams were filled in, built over or walled off (taming nature), creating risks of catastrophic failure in unexpected conditions. This approach also overlooked the important ecological functions of watercourses. 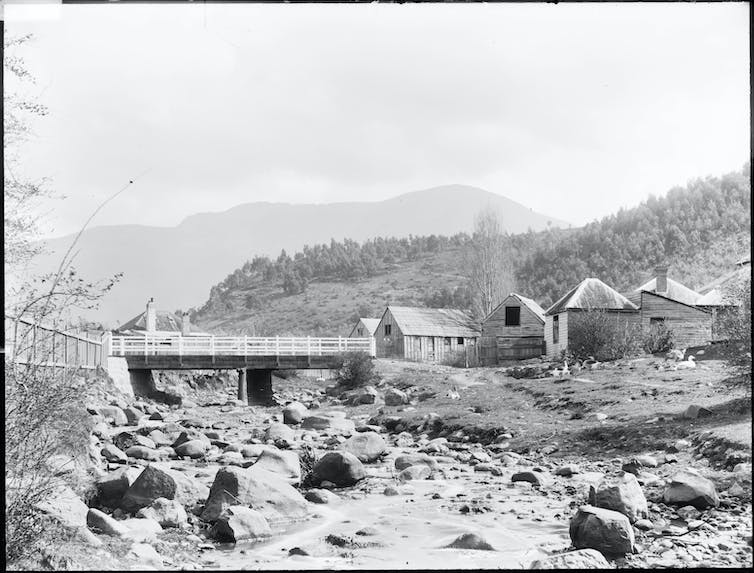 The recent storm event was not the worst on record. In the 1960s, the city experienced very severe flooding. There were also several bad floods in the 1930s. But Hobart has changed since then.

The city has grown significantly. As houses, roads and buildings increase the paved area, Hobart has lost some of its green cover, which acts like a sponge. And in recent times the city has had an influx of residents who lack experience with the city’s natural hazards. 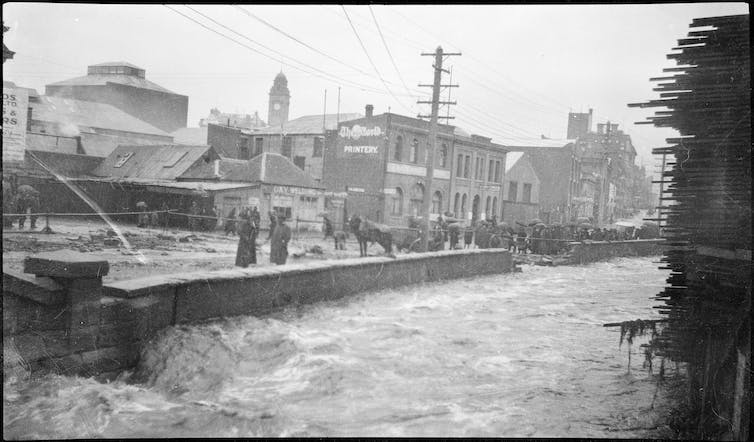 Over the decades, the record of flood events has been partly translated into planning knowledge. For instance, Hobart’s interim town planning scheme has overlay maps indicating places prone to flooding, landslide and wildfire.

Unfortunately for Hobart’s residents, many of these principles were devised after much of the city was already built. Planning is less effective at retrospectively requiring that buildings are upgraded or even relocated.

Given Australia’s system of property rights, planners can seldom relocate entire communities out of harm’s way – the response to the Grantham floods in Queensland has been an exception. The default approach has been to leave it to the insurance system to manage risk and recovery.

One of the drivers for the lack of policy on minimising disaster risks in Tasmania is the state government’s aim to reduce government involvement in risk management and shift responsibility onto households and businesses. This is placing a greater emphasis on disaster “self-help” through insurance and risk reduction – such as clearing firebreaks, cleaning gutters and so on.

We assume that if a flood or fire affects residents, then insurance will allow them to get back on their feet. However, half of residents may be underinsured, according to Victorian government estimates. The reasons include being unable to afford insurance or deciding they have more pressing financial priorities.

Insurance can also be inadequate because it is hard to estimate replacement costs. These costs may soar after a disaster. The Hobart repair bill has already climbed above A$20 million, and residents may discover their policy is inadequate. 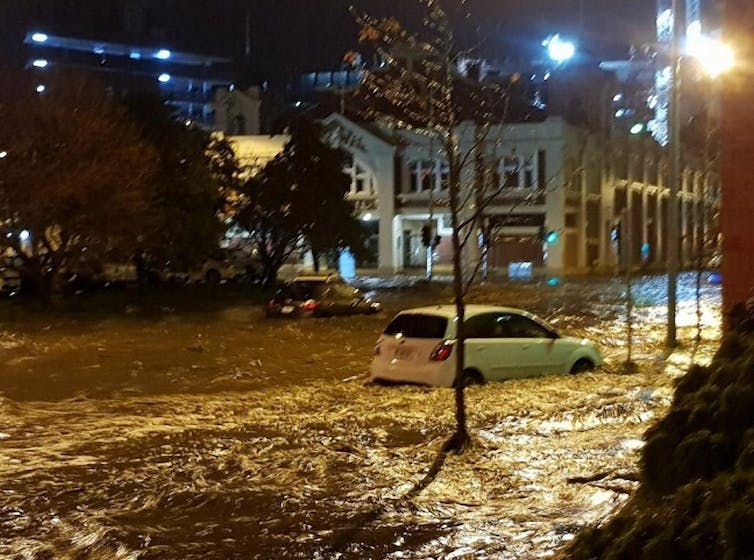 Even if residents have insurance – and many don’t – it may not be enough to cover their costs in the disaster recovery phase. Twitter

Read more: Properties under fire: why so many Australians are inadequately insured against disaster

What can planners learn from this?

Even though Hobart avoided loss of life in the recent floods, we might not be so lucky next time. Governments have a key role to play in getting the balance right between regional and large-scale infrastructure planning and self-help at the household level. Focusing on self-help at the expense of planning and broader-scale mitigation can increase a city’s vulnerability.

We need to learn from other places. Key actions should follow the principle of safe failure and may include:

Not all these solutions can be implemented immediately. Paradoxically, some actions – planting trees, for instance – could increase other risks, such as bushfires.

In cities like Hobart, by learning from past mistakes and experimenting with alternative solutions, good planning can avoid putting people in harm’s way in the future.

Read more: Natural hazard risk: is it just going to get worse or can we do something about it?