The Middle Ages might seem the last place feminists would go to seek inspiration. But from around the 1850s advocates for dress reform in the English-speaking world and Germany called for a return to the silhouettes of the classical and medieval world. 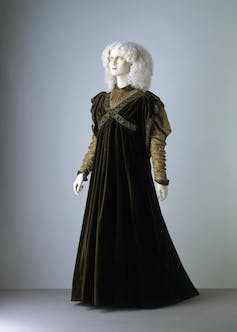 A dress made circa 1984 by designer Liberty & Co. Ltd. © Victoria and Albert Museum

In doing so they began a feminist tradition that continues today. We saw this most recently at the Met Gala where stars donned fashion inspired by the Roman Catholic Church’s long heyday from the year 500 to 1550, including Rihanna’s glittering papal mitre and cloak. It was hard to miss the pointed irreverence of Rihanna assuming (and sexing up) the supreme mantle of an institution in which women can’t hold office. Coming at a time when campaigns against sexual harassment are sweeping the entertainment industry, the theme was surprisingly pertinent.

Aesthete and feminist Mary Eliza Haweis’s admired treatise The Art of Dress (1880) and Anna Muthesius’s Das Eigenkleid der Frau (Women’s Own Dress, 1903) were among those manifestos urging women to shed their restrictive corsets and embrace the more natural “antique waist” of pre-Elizabethan times. These free-waisted shifts, produced by firms like Liberty of London, shared with garments such as bloomers and divided skirts the practical aim of increasing women’s physical emancipation and social mobility. Their recourse to old styles was firmly in the name of New Womanhood. 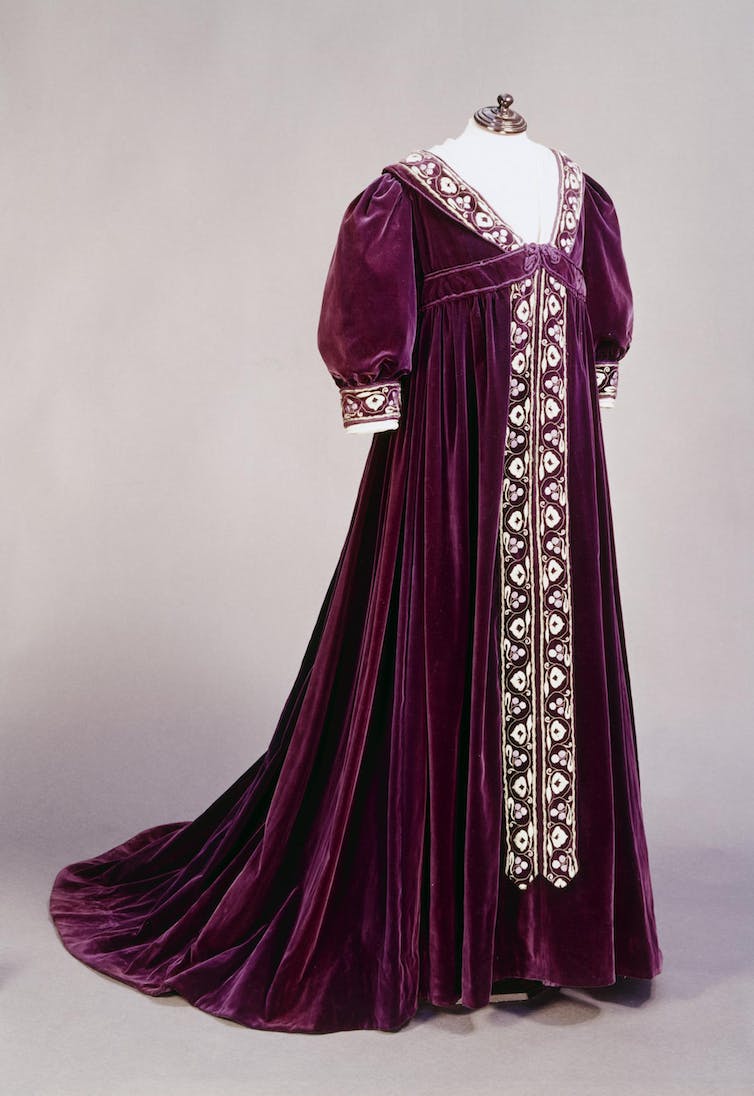 A tea dress made around 1900. © Victoria and Albert Museum

Women who adopted this dress were, predictably, ridiculed in conservative quarters. The cartoons in Punch magazine by George du Maurier depict “Aesthetic” women as decadent jut-jawed poseurs in their juliet sleeves (a long sleeve with a puff at the top), grotesque parodies of the painter William Morris’s wife and muse Jane, who epitomised this style. Despite the criticism, the Aesthetic style of first-wave dress reform returned in the years associated with the sexual revolution and the rise of second-wave feminism. 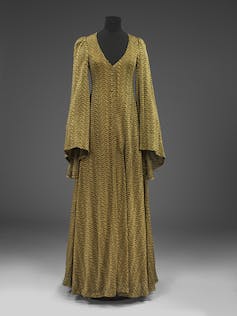 A 1970 gown designed by Biba. © Victoria and Albert Museum, London

In the 1960s and ’70s, fashion labels such as Biba created maxi-dresses that reworked the flowing skirts and trumpet sleeves of the medieval bliaut (a gown with sleeves hanging to the floor) as it had been interpreted by 19th-century dress reformers. While Biba’s Swinging London aesthetic and commercialism didn’t win favour among radical and Marxist feminists, its sexually libertarian ethos grants it a place in this feminist story.

Joan of Arc has offered an alternative medieval style since the earliest days of modern feminism. Lauded in literature, art and theatre as the apex of female heroism, her enduring legacy in women’s fashion comes from her iconic cropped hair, which inspired the bobbed haircut that freed women of their encumbering Edwardian coiffures in the early 20th century. First introduced in France in 1909, the year of Joan’s beatification, and called the coupe à la Jeanne d’Arc, this haircut later became synonymous with the emancipated flappers of the Jazz Age.

Unlike the flowing gowns that influenced the Dress Reformers, Joan’s armour has not inspired everyday fashions for women. But her distinctive style of martial gamine has led haute couture designers, including Paco Rabanne, Christian Dior and Alexander McQueen, to create Joan of Arc-inspired lines and runway shows.

Photographer Annie Liebovitz channelled centuries of Joan iconography when she photographed actress Emma Thompson, an avowed feminist, in mailshirt and armour for the February 1996 cover of Vanity Fair. The ranks of Joans on the red carpet at the recent Met Gala might, however, have had had a more immediate source in Game of Thrones’s conspicuously Joan-like Brienne of Tarth or even Cersei Lannister, whose look has morphed from flowing-tressed sylph to crop-haired general. 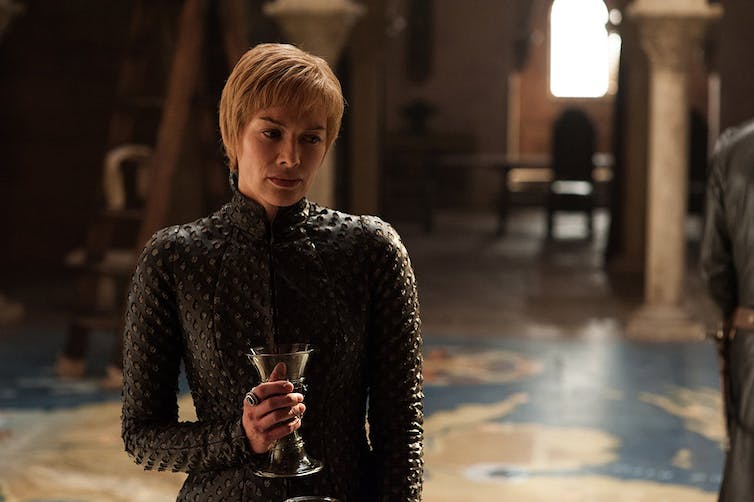 In later seasons of Game of Thrones, Cersei Lannister’s look has owed more to Joan of Arc. IMDB

One particularly welcome development at the Met Gala was seeing the mail coif associated with Joan adopted by women of colour such as Priyanka Chopra and Zendaya. This move distanced the saint from her recent nationalist and racist recruitment by Marine Le Pen of France’s Front National and reclaimed her as an icon of ferocity for all women.

In many ways Joan was an exceptional figure, a warrior among wives. Yet she is also inseparable from the Catholic Middle Ages, the culture that both enabled her remarkable ascent and ensured her violent demise.

She is symbolic of a woman who fights, but also warns us that a woman standing alone can founder at the impenetrable walls of masculine power. That’s why an army of Joans is needed, to expose and defeat the misogyny that has persisted for too many centuries.