While the ABC made the problem of specialist overcharging seem huge, the program did rely mostly on anecdotal evidence for the claims it made.

So, how big is this problem really, and what can we do about it?

Firstly we have to understand how specialist fees work and why this can lead to large out-of-pocket costs.

The Australian government funds consultations with, and procedures carried out by specialist doctors – outside public hospitals – through the Medicare Benefits Schedule. Medicare sets a schedule fee for such consultations and procedures. The fee is indexed to rise each year, apart from the past five years where these fees have been frozen. 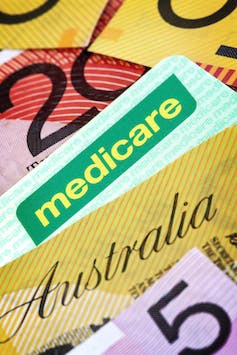 Medicare subsidises specialist doctor’s fees up to a point, but the gap the patient pays depends on what fee the doctor sets. from shutterstock.com

The Medicare rebate is a percentage of the schedule fee; for instance 75% for specialist items, 100% for certain GP items. But the schedule fee doesn’t restrict doctors from charging a higher fee (the gap), which may or may not be covered by health insurance for in-hospital items.

Health insurance in Australia can’t cover doctors’ fees for out-of-hospital consultations. Doctors are free to charge whatever fee they like; there is no restriction on their pricing.

Medicare publishes some data about bulk-billing rates and out-of-pocket costs. From this, we know only around 35% of specialists observe the schedule fee with an average out-of-pocket of A$75 in 2016/17. Worryingly, this average fee grew by nearly 6% from the previous financial year. But, these figures are nowhere near the extreme cases highlighted on Four Corners.

Read more: Why do specialists get paid so much and does something need to be done about it?

Relatively little is published about the highest fees. One recent study with access to data on the distribution of fees for specialist consultations showed that at the 90th percentile, out-of-pocket costs were between A$85-$212, across all specialties. This is just for initial consultations – total costs for operations (which may include anaesthetist’s fees and other costs) are substantially higher.

So while we know the cases highlighted on Four Corners are not representative of the average specialist, or even of the some of the higher-charging doctors, out-of-pocket costs for private specialists are still high and rising at twice the rate of inflation.

So, what can be done to keep a lid on these price rises?

The first potential solution is price transparency. Hopefully the government is seriously contemplating a system that would mandate all doctors publish their fees on a publicly accessible website.

On Four Corners, the Chief Medical Officer, Brendan Murphy, indicated this step is seriously being considered by the advisory committee on out-of-pocket costs that he is leading. It would be reassuring to see statements from ministers and the Australian Medical Association (AMA) to give this idea some real traction.

Read more: Many Australians pay too much for health care – here's what the government needs to do

And while transparency would be a good step, it still ignores the fact Australia is an outlier in allowing doctors such unfettered freedom to set prices as they see fit.

Other comparable systems where doctors receive fee-for-service payments such as France and Canada, don’t allow their doctors freedom to charge as they like. In 2010, Australia was identified as the only country in the OECD that allowed doctors complete price freedom. 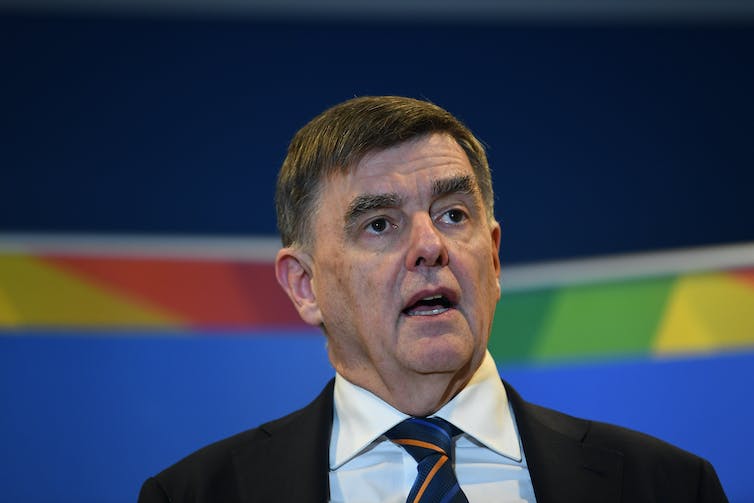 While a complete overhaul of our health system is unlikely in the short-term, we could still make progress in the existing system. A radical solution could use some of the power of the Medicare Benefits Schedule to give specialists financial incentives to keep their prices low.

This might seem like a tricky concept to implement, but it’s actually been done before, and successfully, with the so-called “bulk-billing incentives” for GP consultations. Introduced in the mid 2000s, these incentives pay an extra rebate of A$6-$9 to GPs for each bulk-billed consultation where patients pay no out-of-pocket fee.

These incentives seem to be at least partly responsible for a large increase in the bulk-billing rate over the past 15 years.

Similar “schedule fee incentives” could be introduced for specialists, which pay an extra Medicare rebate if the total fee is within some acceptable range. For example, specialists could be paid an extra incentive of A$10 if their total fee is no more than 10% higher than the schedule fee.

The amounts and conditions could be changed over time in response to how the market reacts to these changes. As shown by the impact of the bulk-billing incentives, the incentive amount might not have to be high to have a substantial impact in keeping prices low.

While not a silver bullet, radical reforms should be considered to mitigate the rise in specialist out-of-pocket fees before a full-blown crisis emerges.