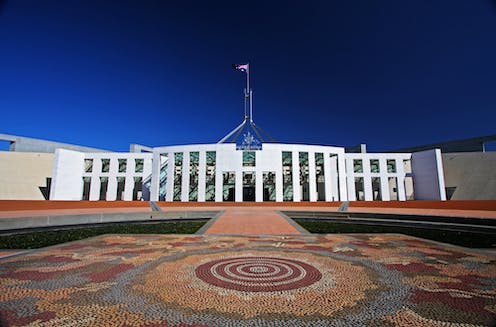 As the apocryphal Chinese idiom goes, we live in interesting times. We can give qualified agreement to Prime Minister Turnbull’s assertion that there has never been a more exciting time to be an Australian constitutional law expert.

So far, 15 members and senators have resigned or been ruled ineligible by reason of section 44(i) of the Australian Constitution. That section provides:

shall be incapable of being chosen or of sitting as a senator or a member of the House of Representatives.

All the disqualifications under s44(i) so far have related to the first part of the clause. These involved MPs who were “citizens” of a foreign power at the time they nominated for parliament.

However, s44 does not only disqualify “citizens”. It also disqualifies anyone:

entitled to the rights or privileges of a subject or a citizen of a foreign power.

The High Court has not yet ruled definitively on how this provision works. However, in light of the decision in the Katy Gallagher case, it appears the dual citizenship saga may not yet have run its course.

Entitled to the rights or privileges

Citizenship is a little like herpes: you might not even know you have it. One can contract the “rights and privileges” of citizenship without showing any outward symptoms.

What are the symptoms of being “entitled to the rights or privileges of a subject or a citizen”? In Nick Xenophon’s case, the High Court had to consider whether being a British overseas citizen disqualified a person under s44(i). It held it did not. The then senator remained eligible to sit in parliament because British overseas citizens were, essentially, only “second-class” citizens. The High Court found:

Someone without a right of abode will not be considered a citizen for the purposes of s44(i). Of course, this implies its opposite. Anyone who has a “right of abode” might fall foul of the second part of s44(i). Despite technically not being a citizen, they may be found to be “entitled to the rights and privileges of a subject or citizen”.

What is a right of abode?

One does not need to do anything to obtain the right of abode. The UK Home Office explains:

And as we learned in the Canavan decision, when it comes to s44, ignorance is no excuse.

Contracting a right of abode

Prior to 1983, British citizenship was patrilineal; a fancy way of saying deeply sexist. Only your father could pass it on. It took a change to the law in the British Nationality Act, which came into force in 1983, for women to be able pass British citizenship to their children.

This is where it gets complicated – and interesting. The operation of section 37 of the British Nationality Act and section 2 of the Immigration Act together mean that anyone born in a Commonwealth country before 1983 to a parent who is a UK citizen is granted a “right of abode” in the UK. Australia, of course, is a Commonwealth country.

If your father was a British citizen, or you were born after 1983, nothing changes. You would have been a British citizen by descent anyway, which means you already had a right of abode in the UK.

However, if your mother was a British citizen, and you were born prior to 1983, the British Nationality Act operates retrospectively to grant you a right of abode in the UK.

For many people, this newly discovered right will come as a welcome surprise. MPs born before 1983, who believed that they were not caught by s44(i) because only their mother was a British citizen, may find the surprise far less welcome.

Another round of section 44 cases?

One of the few things Malcolm Turnbull and Opposition Leader Bill Shorten will agree on is that predicting how the High Court will rule is a mug’s game. We will not know whether those who possess a “right of abode” in the UK will be excluded by operation of s44(i) until the High Court explicitly considers the matter. Even then, each case turns on its own facts.

However, in light of the High Court’s fairly blunt ruling in Katy Gallagher’s case, some MPs who may have inherited more than just an inexplicable love of Coronation Street from their mother might have good reason to be nervous.