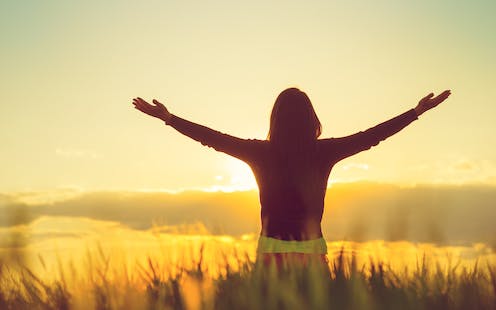 Nearly a third of Australians at the last census checked “None” when asked about their religion, up from 19% in 2006. What many people might not realise is that while some “Nones” are indeed atheists or agnostics, a substantial percentage do have faith. It’s just not in mainstream religion as we generally understand it.

The number of people identifying as “spiritual but not religious” appears to be rising in the western world. A 2017 McCrindle report suggests 14% of Australians belong to this category. In the US, a Pew Research Study pegs 27% of Americans as identifying as spiritual (up 8% from five years ago).

Perhaps Australia’s understanding of faith is starting to change - not because some groups are winning or losing adherents - but because the notion of “organized religion” itself has increasingly started to fall out of favour.

Whatever the reason, this trend is particularly pertinent given the recent completion of the Ruddock review of religious freedom. Given that Australia’s religious identity appears to be changing, I think that religious freedoms should be extended to people with spiritual beliefs too.

For instance, during the Vietnam War, the Supreme Court of the United States was asked whether conscripts who didn’t believe in a Supreme Being but had spiritual beliefs opposing war could qualify for “conscientious objector” status. The Court got it right in that case, determining that even people who don’t believe in God may have spiritual beliefs worth recognition and protection.

Common spiritual beliefs include divination (such as astrology and tarot cards), alternative healing (for instance, crystals and reiki), nature as having a spiritual essence, reincarnation, and the possibility of communicating with the spirits of the departed. The popularity of “New Age” or “Mind+Body” sections in bookstores is one testament to the interests and influence of these new spiritual “seekers.”

The common trait among them is that they take a personal approach to their spirituality, picking and choosing particular beliefs from a wide variety of religious traditions and then adding in, on an a la carte basis, notions from what may be derided by many as folklore, pseudoscience, or personal intuition. Legal scholar Rebecca French calls this “grocery cart religion”.

Read more: Christians in Australia are not persecuted, and it is insulting to argue they are

In the West, the fundamental right of freedom of religion developed alongside toleration — the idea that a nation could allow more than a single religious group to operate freely within its borders. The assumption, however, was that religion was practised by organisations.

Today, when courts inquire about whether someone’s right to freedom of religion has been violated, they ask for proof that the beliefs are religious in nature and that the individual was sincere in holding them. That proof usually involves demonstrating membership of a religious group that has established moral obligations the individual was trying to follow.

But courts have historically treated idiosyncratic spiritual beliefs as unworthy of protection. The reasoning, explicit or implicit, is usually that people with spiritual beliefs aren’t really religious because any beliefs they have were lightly adopted and can be lightly discarded.

For example, a 2013 American case involved a “spiritual counsellor” named Psychic Sophie, whose beliefs drew from the New Age movement, the teachings of Jesus, natural healing, and the study of metaphysics. The courts ruled that her religious freedom claim for exemption from licensing and zoning requirements had to fail because she drew from multiple religions and philosophies to construct her worldview. The courts said that these influences on Psychic Sophie’s “inner flow” did not transform her personal philosophical beliefs into a religion.

In my view, however, the judicial understanding of freedom of religion needs to evolve alongside religion itself. What matters is that those beliefs may be just as real to the “spiritual but not religious” person as the doctrines of any established church are to a regular attendee.

Freedom of religion is premised on the notion that matters of conscience — the most cherished and deeply-held moral beliefs a person may have — should not lightly be burdened by the government. In the spirit of tolerance and generosity that animates the doctrine of freedom of religion, more should be allowed to shelter under its umbrella.