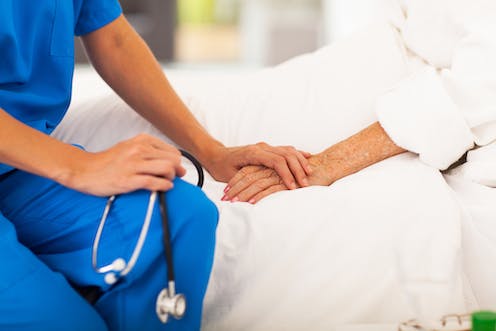 Many of us will have been in situations with older loved ones where a doctor says surgery is too risky given the patient’s advanced age. Why is it surgery becomes risky in the elderly, and is it based on chronological age or their health?

During surgery and anaesthesia, there are many changes in the body that occur in response to injury and trauma. This is known as the stress response to surgery.

The sympathetic nervous system is responsible for the “fight or flight” response and causes a rise in heart rate and blood pressure. The changes in the heart rate and blood pressure during surgery and anaesthesia create a state where the heart requires more oxygen, while the surgical stress response and anaesthesia often impedes the oxygen supply to the vital organs such as the heart and the brain. This is a result of less blood flow to the body organs during and after the operation.

Anaesthesia confers risks separate from the risks of surgery. These are mostly minor and easy to treat. But serious problems with the heart, lungs and other major organs are more likely during emergency surgery or in the presence of other health conditions. These factors may increase with chronological age, but frailty is the bigger factor for doctors in deciding whether a patient should undergo surgery and anaesthesia.

Read more: Why hip fractures in the elderly are often a death sentence

Frailty is a state where a person is vulnerable due to decline in body function. This in turn reduces their ability to cope with acute and every day stressors.

An apparently small insult such as a simple fall can result in a significant and disproportionate reduction in reserve and function. The need to have surgery, and the condition that has caused a need for surgery, would often be considered a large insult in a frail person.

There are certain health conditions that are more common in people who are frail, such as heart failure, chronic airways disease and chronic kidney disease.

How do we identify frailty and how does it affect health?

The Clinical Frailty Scale is a single descriptor of a person’s level of frailty using clinical judgement graded from one to nine. Level one is a very fit person; level four is “vulnerable” – where the person is not dependent on others for help with daily activities but does have symptoms that limit activities; and level nine is a terminally ill person.

It has been observed that people with a higher Clinical Frailty Scale were more likely to be older, female, have a degree of cognitive impairment and incontinence. The higher proportion of females will most likely reflect the longer life expectancy of women.

Frail people have a higher risk of recurrent falls and fractures and subsequent disability and reduced function. There have been many studies performed to examine how well frailty predicts outcomes after surgery.

In people who have surgery, frailty has been shown to be associated with a higher risk of surgical complications, a greater chance of requiring discharge to a residential care facility and a lower rate of survival. And the more frail the patient, the higher the risk the patient will require readmission after surgery, and the higher the risk of death.

As our population gets older and more frail people have surgery, this will become an important issue, and health care professionals in all areas will need to be more aware of it.