For some, jumping on the scales is a daily or weekly ritual; while others haven’t seen a set of scales for years. Some may still be scarred by memories of being weighed in public with results broadcast to all.

So, is it helpful to weigh yourself? And if so, how often should you do it?

For adults carrying excess weight and who are trying to manage their weight, the answer is yes: weighing yourself regularly can help you lose more weight initially, and keep it off.

Read more: BMI is underestimating obesity in Australia, waist circumference needs to be measured too

But for adolescents or those who have experienced disordered eating, it’s best to keep the scales out of sight.

Most studies have investigated the impact of self-weighing along with other weight-loss strategies such as a low-kilojoule diet.

These studies show self-weighing is an inexpensive technique that may help with weight loss and maintenance, particularly for men, who often respond well to structured “weigh-ins”.

Only one study has investigated the use of self-weighing as the sole weight-loss strategy. This US research study invited 162 adults who were wanting to lose weight to a single educational weight-loss seminar. 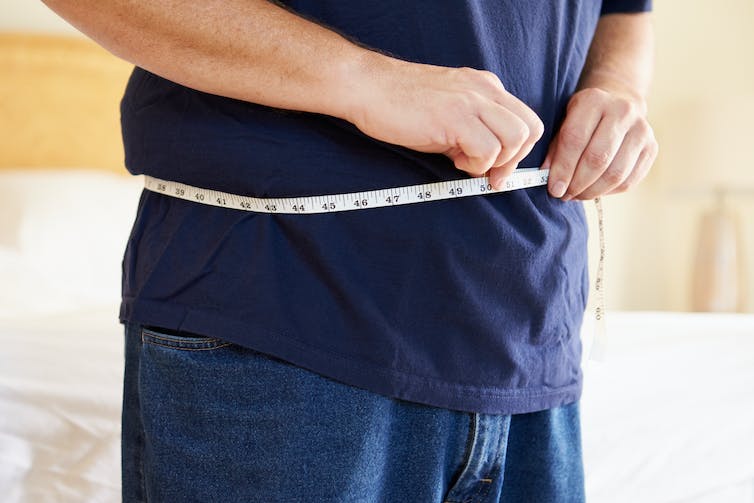 Keeping track of your weight can help you avoid gradual weight creep. Shutterstock

During year one, men in the daily self-weighing group lost more weight than the control group, but women did not. The average number of times people weighed themselves a week was four.

In the second year, men in the daily self-weighing group maintained their weight loss. Those in the control group, who had now started daily weighing, lost weight, while the women stayed the same.

Having regular weigh-ins with a health professional can also help. A review of more than 11,000 overweight people attending a weight management program in GP clinics in Israel found those who had regular weigh-ins with the nurse or dietitian were more likely to lose more than 5% of their body weight. This amount of weight loss is associated with a major reduction in the risk of developing type 2 diabetes.

How often should you weigh yourself?

A review of 24 randomised controlled trials found there was no difference in weight loss between those who weighed themselves daily versus weekly.

No matter what other features the weight-loss program includes, the key to better results appears to be regular self-weighing, which means at least weekly.

Making yourself “accountable” for weigh-ins either by having a set day to weigh-in or joining a weight loss program can help you lose more weight.

Another important point is that not weighing yourself regularly when you are on a weight-loss diet is a risk factor for weight gain.

Read more: You don't have to be the biggest loser to achieve weight loss success

Regular weighing is not recommended for adolescents. Research suggests it doesn’t help with weight management and can negatively impact on young people’s mental health, especially for girls.

A ten-year study of the relationship between self-weighing, weight status and psychological outcomes of almost 2,000 teens in the US found that self-weighing had no helpful impact on weight or BMI.

However, it was associated with weight concerns, poor self-esteem and trying to lose weight though unhealthy methods such as excessive fasting.

Over the ten years, more frequent weighing was associated with a decrease in body satisfaction and self-esteem, and an increase in weight concerns and depression in the young women. 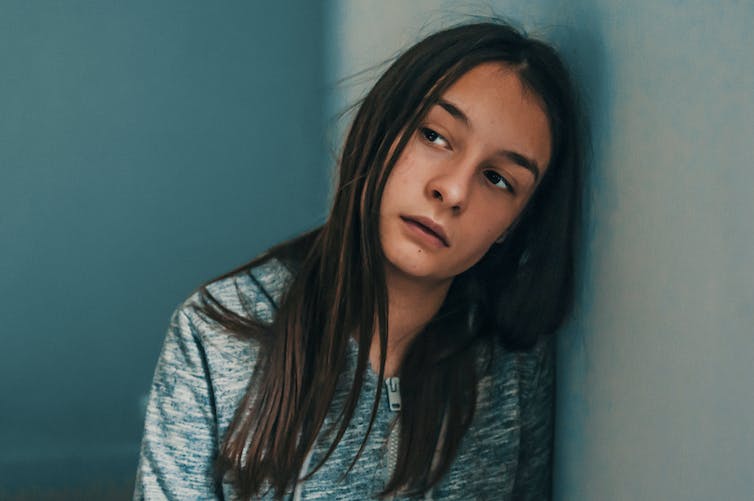 Self-weighing has few benefits and many potential harms for teens. Dragana Gordic/Shutterstock

For young men, with the exception of weight concerns, there were no significant relationships between self-weighing and other variables.

An increased frequency of self-weighing throughout the high school years may flag the need to investigate an adolescent’s overall well-being and psychological health.

Self-weighing can also affect the self-esteem and psychological well-being of adults, especially women. This is of particular concern for those with eating disorders, as weighing frequency can be associated with greater severity of eating disorders.

For some people, self-weighing could be the key to losing or keeping weight off, while for others, it may do harm. Consider your life stage, pre-existing health conditions and your mental well-being when deciding whether regular weighing is worth it for you.

Read more: Why now is the best time to go on a diet, or the science of post-holiday weight loss