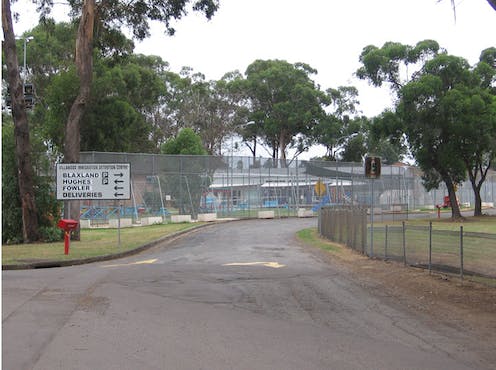 US President Donald Trump’s policy of separating children from their families at the Mexican border has sparked outrage in recent months, both in the US and abroad. It became so heated that he eventually ended the separation of families, though their fate remains unclear.

Currently, over 200 children are in asylum-seeker detention, including on Nauru, in mainland detention centres and in community-based detention. Many have endured prison-like conditions, with no clear date for their release for months, if not years.

While most children remain with one of their parents, my research has found that separation of families is common. This includes the removal of young men on their 18th birthdays from their families with no warning or follow-up as to their whereabouts.

The mandatory incarceration of asylum-seeker children is an uncommon practice globally. It contravenes important human rights instruments to which Australia is a signatory, most notably the Convention on the Rights of the Child. This states:

No child shall be deprived of his or her liberty unlawfully or arbitrarily … (This) shall be used only as measure of last resort and for the shortest appropriate period of time.

The degree of despair felt by children and their families is well-documented and goes back many years.

In 2004, the Human Rights and Equal Opportunity Commission (HREOC) published A Last Resort? National Inquiry into Children in Immigration Detention. This document outlined the privations of the lives of those held in detention centres in Australia, including the famous case of Shayan Badraie. He was detained for nearly two years, witnessing attempted suicide, self-harming and violence that resulted in several hospital admissions before the family was released.

A Last Resort not only documents terrible human rights abuses, but the ongoing effects on those who experienced them. But, far from ending the incarceration of children and their parents, the policy of detention as deterrence has continued. In this regard, Australia is unusual, being the only developed country that imposes mandatory detention on people arriving by boat.

In 2014, the HREOC conducted another investigation, The Forgotten Children. This report documents in detail ongoing breaches of human rights, unsafe living conditions, medical neglect and physical and sexual assault.

Dehumanisation occurs on every level. One 16-year-old boy stated:

Children are also constantly exposed to the trauma of other detainees. One father said:

The word of “suicide” is not an unknown word to our children anymore. They are growing up with these bitter words. Last week a lot of women took action to suicide in Construction Camp. All the kids were scared and crying. How do we remove these bad scenes from our kids’ memories?

The report documents other cases of despair. A 13 year-old-boy detained on Nauru expressed to the treating doctor “a complete loss of hope; despair”. The doctor described how “[h]e had no appetite and no will to eat. He lost over 10 kilograms, which would be about a quarter of his body weight.”

The Australian government has tried to hide the conditions experienced by those held in places like Nauru and Manus Island. In particular, the Border Force Act (2015-17) imposed criminal sanctions on workers who speak publicly about what they see.

However, there is overwhelming and easily accessible evidence that Australia’s policies cause both immediate and ongoing trauma to children, and indeed all those incarcerated in detention. We must recall that Australia is a signatory to the Refugee Convention and that seeking asylum is enshrined in this instrument.

So while we can express moral outrage about things that occur far from home, our own policies ensure human rights breaches that cause unnecessary suffering and trauma for long periods of time.

There is now substantial evidence of the poor treatment of asylum-seeker children. This has come from a plethora of reports from human rights organisations, healthcare providers and detainees like Behrouz Boochani, who document and publish the conditions of incarceration.

They remind us of what the Holocaust historian Yehuda Bauer said: “Do not be a victim; do not be a perpetrator; and above all, do not be a bystander.”