These behaviours and interests appear to be made up of two dimensions. The first is a pattern of overly regulated thinking: obsessions and intense interests; a strong preference for maintaining sameness; and ritualistic or habitual patterns of behaviour, such as fiddling, or motor tics like blinking or throat clearing.

The second dimension is the rocking, twisting, flapping behaviour often associated with early depictions of severe autism in the media.

The origin, or function, of the behaviour in each dimension appear to be different.

And while behaviours in the first dimension are particular to autism, behaviours in the second are related to cognitive development and sensory stimulation. They are common in typically developing pre-school-age children but, when sustained past school age, may indicate an intellectual disability.

Autism is a behavioural diagnosis. This means it is diagnosed by recognising the cluster of behaviours and the intensity and frequency of them. However, to understand how restrictive and repetitive behaviours and interests work, it’s important to understand the different thinking style associated with autism.

Contrasted with neurotypical thinkers (those without autism), people with autism have less abstract thought. They tend to be visual processors of information, with less strength in linguistic coding, or using language to explain their thoughts.

They are also less able to put themselves figuratively in other people’s shoes and guess what they’re thinking and feeling.

In effect, people with autism think of concrete stuff rather than the abstract self-talk related to feelings. Without a conscious effort, they’re less likely to generalise and have more difficulty recognising like or similar situations. The impact is a thinking style that is not concept-based but, rather, compartmentalised. 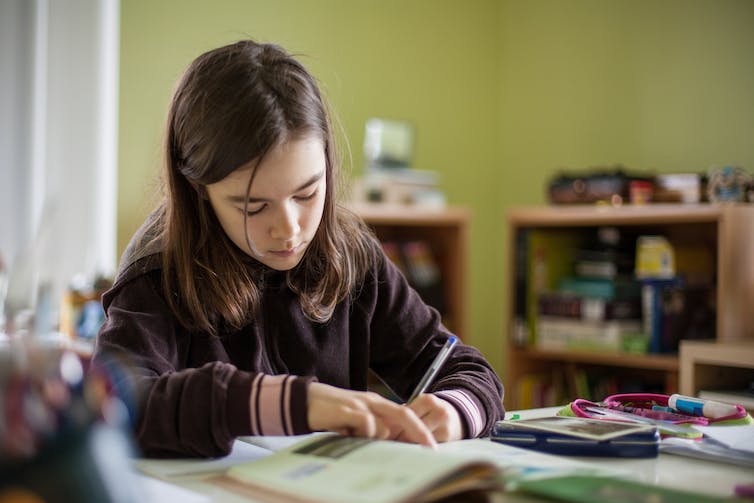 When faced with change, the difficulty people with autism have in recognising like or similar experiences – out of their familiar thought compartment – results in anxiety. This anxiety is not labelled and, as an abstract concept, is not recognised.

The information that people with neurotypical patterns of thought take for granted, such as how people around them may be feeling and the link to expectations, is missing or dampened in people with autism.

Second dimension: pushy anxiety and getting locked in

Even though people with autism are more likely to think about concrete stuff rather than abstract feelings, anxiety still exists and, if not recognised, continues unmediated in the background.

Anxiety is a very pushy feeling. Think of the cave people and the flight or fight response. In more recent times, think of the thing that is created by deadlines and pushes you into activity when your threshold level has been reached.

When we recognise anxiety, we can get action-oriented, or we can choose to soothe the anxiety. If anxiety is operating in the background unrecognised, it continues to push and gain momentum.

For people with autism, this can push to obsessions and intense interests or provide the fuel for extraordinary efforts to resist change.

Excess anxiety fuel may also leak into habitual motor activity, such as fiddling or motor tics, and ritualistic behaviours. Or it can push the person into behaviours and thinking that operates to filter out the noisy demands of the world, like obsessive behaviour and rituals.

This can turn into a cycle of increasing anxiety. Picture this scenario: a new after-school routine triggers anxiety in a young person with autism. They filter this out by becoming increasingly obsessed with gaming. It’s clear they’re not responding to the demands of the new after-school routine, so the pressure – and therefore, the anxiety – increases. So too does the filtering (gaming). As this continues, the young person is drifting further from the behaviour needed, while getting locked in to the obsession.

This can be compounded by not recognising the feelings and expectations of those around, prompting intense conversations and yet more anxiety. 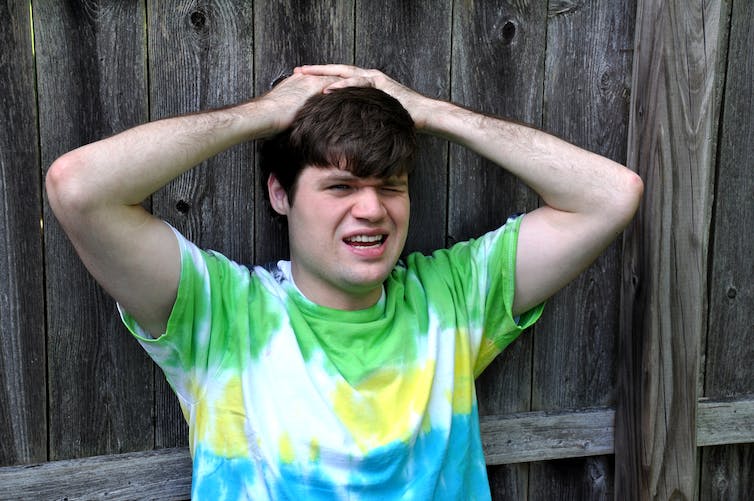 Excess anxiety can cause restrictive and repetitive behaviours, which can cause social tension and more anxiety. Steven Wright/Shutterstock

Emerging research shows the chance of getting locked into these behaviours increases when routine structures of work, school and family decline.

As the person’s world shrinks, the space left from these externally imposed structures can be taken up with restrictive and repetitive behaviours and interests. This is when the risk of getting “locked in” to these filtering behaviours increases.

If anxiety levels are elevated, the externally imposed structures are down, and the person has a history of getting locked in, it’s time to get expert intervention. Specialist intervention can effectively reduce the person’s anxiety and provide a scaffold of support by increasing their structured routine.

Read more: Autism advocacy and research misses the mark if autistic people are left out