Hello, The Conversation. How was the ocean formed? Where did all of the water come from? – David, age 5, Brisbane.

On Earth there is more ocean than land. Of course, there is also a lot of water locked up as ice at the North and South Poles. Where all that water came from is a very good question. Scientists have been wondering about it for a long time. We are still not exactly sure but it is probably a combination of two places.

Let’s start with how the Earth and the other planets formed. 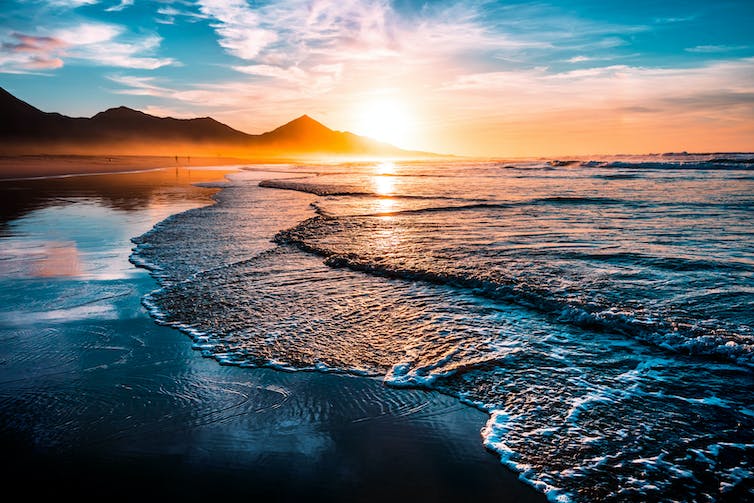 Water is precious, so we must look after it. Shutterstock

In the beginning, there was a huge cloud of dust and rocks in the Universe. Gravity caused the cloud to shrink and gradually the Sun and the planets formed.

The original dust and rocks included minerals that had water in them. The Earth, as it formed, became very hot. It melted and there were lots of volcanoes. The water in the rocks formed steam and came out of the volcanoes as giant clouds that cooled and rained. That is where some of the water came from.

Read more: Curious Kids: will the universe expand forever, or contract in a big crunch?

Also, the original cloud of dust and rocks included a lot of rocks that were made of ice, like giant snowballs. There are still lots of them circling the Sun. We call them comets. There were billions of them when the planets were forming and many crashed to the ground and melted. That is where the rest of the water came from. 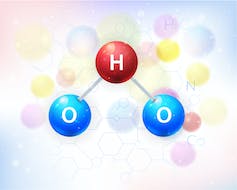 Water is made of atoms: two oxygen atoms and one hydrogen atom. Shutterstock

Now the question is, how did the water form in the Universe in the first place? That is another big question for another time, but the short answer is this: water is made of hydrogen and oxygen atoms. (Atoms are the tiny little building blocks of the Universe - even you and I are made of atoms).

The hydrogen atoms in water formed in the Big Bang that started the Universe. The oxygen atoms were made later in stars. They got together and water was formed.

So, our water is ancient and precious. Let’s look after it.