Nearly every indicator of a healthy Western democracy is failing globally. Public trust and voter engagement have declined over the past decade in established, core democracies around the world, including in the US, Europe and Australia.

The percentage of Americans who say they “can trust the government always or most of the time” has been below 30% since 2007.

A similar pattern of mistrust can be found in many democracies across Europe, as well.

Young people, in particular, are detaching themselves in droves from active and passive participation in the formal democratic system.

In Australia, public trust and satisfaction in democracy has fallen to record lows over the past 10 years, while a Lowy Institute survey last year found that less than half of Australian voters under the age of 44 preferred democracy over other forms of government.

As democracy’s popularity decreases, support for alternatives, such as polarised and extreme politics and “strongman” governance, continues to rise.

A shift to the extreme

As voters disengage with politics, the character of democracy begins to shift. Democratic systems have moved away from moderated, representational versions of themselves into what might be termed “democratic extremism”.

There is a growing “representativeness gap” in Australian politics, for instance, with major parties organised around narrow, ideologically driven policy and “culture war” debates.

These parties are increasingly dominated by former political advisers and career party functionaries with comparatively little life experience. This comes at a time when occupational, gender and life-experience diversity is increasing in society at a rapid rate. 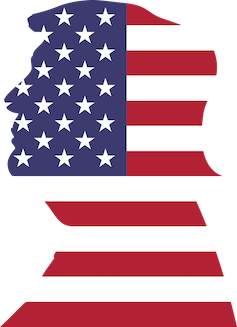 The rise of Donald Trump is an example of ‘democratic extremism’. Pixabay

The election of Donald Trump in the US and the populist forces that underwrote Brexit illustrate the extreme polarisation of politics at the moment, as well.

This “unrepresentative” democracy creates a feedback loop. As the public invests less interest and commitment to democracy, the democratic arena is captured by those with narrow, unrepresentative world views. Growing public disengagement leads to the greater capture of democratic processes by outlier groups and individuals who are hostile to democratic institutions and practices.

The rise of strongman governance

Support for authoritarian-style governance has grown around the world, as it is often seen as more “effective” in addressing real-world problems.

Strongman governments are characterised by a weakening of democratic checks and balances. They are also marked by rhetoric and decision-making that promotes intense nationalism, while undermining core democratic values of tolerance and openness.

Read more: How conservatives use identity politics to shut down debate

The construction of walls and other physical barriers across democratic Europe in recent years to curtail refugees and “keep Europe Christian” is a potent example of the trend.

Young people are increasingly becoming supporters of these types of strongman and populist governments. They are more open to democracy alternatives, such as military rule, and more likely to express support for authoritarian regimes.

However, these “solutions” often ignore democracy’s values and practices, further eroding its legitimacy and support.

In theory, extremism is weeded out from democracy through its “trimming” system.

Public input flowing into a democratic system - supported by basic democratic values as free speech and freedom of association - “trims” away extreme views and policies.

But as mainstream voters turn off or tune out, democracy’s inherent barriers against extremism are dismantled, as well. This leaves democracy hollowed out and at risk of being hijacked by those at the fringes.

Trust, participation, and support for democracies continues to decrease.

At its core, the values of democracy haven’t changed. Democracy remains the only political ideology designed to protect individual freedom, speech and choice, which can empower the voices of ordinary citizens in extraordinary ways.

The problem lies with the current “delivery system” of democracy, which is organised around the parliaments, mass political parties and periodic elections that emerged in the late-18th and early-19th centuries.

There have been almost no significant reforms to democracy’s delivery around the world for more than a century. 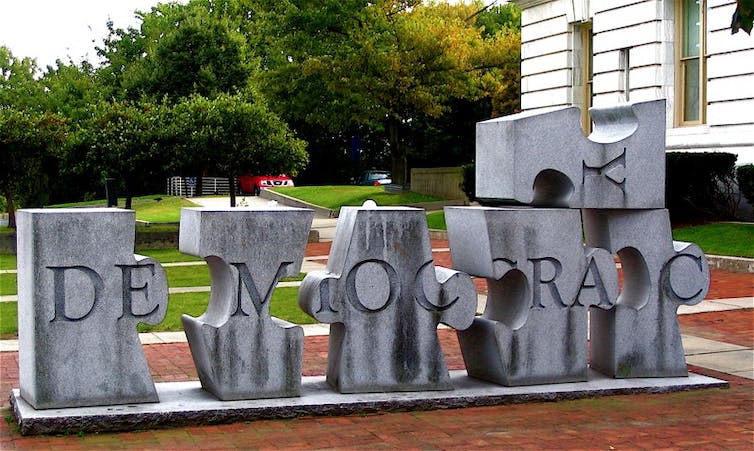 Reform challenge of our age

We need to reinvigorate democracy to meet the expectations of citizens as to how 21st-century democracy should engage and perform.

A few years ago, the idea of citizen juries to advise parliaments, diversified political representation, and stronger checks and balances on partisan politics would have struggled to gain public support.

Now, amid growing public recognition that our current configuration of democracy is not working, they are seen as imperative reforms by voters themselves.

Without urgent and strategic democratic renewal, there is the danger that soon there will be little left on which to rebuild.