A man twice convicted of child pornography charges was discriminated against by an employer due to his offending past, the Australian Human Rights Commission has found.

The employment candidate, known as BE in the case proceedings, was convicted of accessing and possessing child pornography in 2008. He was further convicted of breaching a reporting requirement.

Insurance giant Suncorp revoked his employment offer, prompting BE to lodge a case with the Australian Human Rights Commission. The commission ruled in favour of BE, recommending Suncorp compensate him $2500.

The case has raised questions about the adequacy of Australia’s discrimination laws, and drawn criticism of the Australian Human Rights Commission.

BE applied for a job with Suncorp as a home-based consultant in 2015. He was qualified for the job, having worked in a similar role previously. BE successfully passed the first two stages of the Suncorp recruitment process, and received a conditional offer based on the outcome of a criminal records check.

In 2008, BE was convicted of accessing and storing child pornography on his computer. He was sentenced to 12 months in jail, which was suspended for two years with $20,000 in bonds and charity payments. He was again convicted of not complying with reporting obligations in 2015. Initially, BE did’t fully disclose the details of his conviction in his application form. He later elaborated during a telephone interview with recruiters. 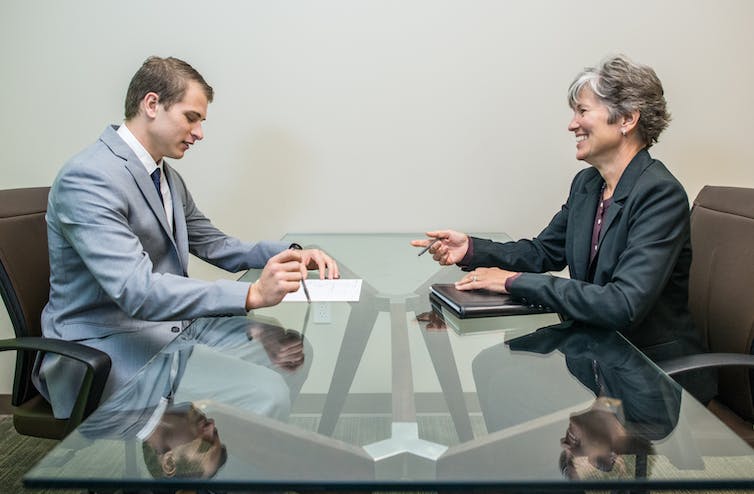 Discrimination occurs when a distinction, exclusion, or preference restricts an employment opportunity when the inherent requirements of a job are met. Amtec Staffing/Flickr

After his employment offer was revoked, BE lodged a complaint with the Australian Human Rights Commission. Suncorp listed two reasons for its decision to revoke BE’s offer: first, that an internal candidate had been chosen. Second, that due to BE’s criminal conviction, he could not meet the inherent requirements of the job.

The case sparked debate on discrimination law and societal responsibilities to convicted offenders. While employers may not want to hire someone with a criminal record, this goes against the principle that a person who has been convicted and punished has paid their debt to society.

Not hiring someone due to their criminal record isn’t illegal in Australia, except in the Northern Territory and Tasmania. In every state, situations exist where an employer is legally required to refuse employment based on criminal records, such as when working with children.

This definition of discrimination is broader than other federal and state legislation, which explains why BE took his complaint to the commission. 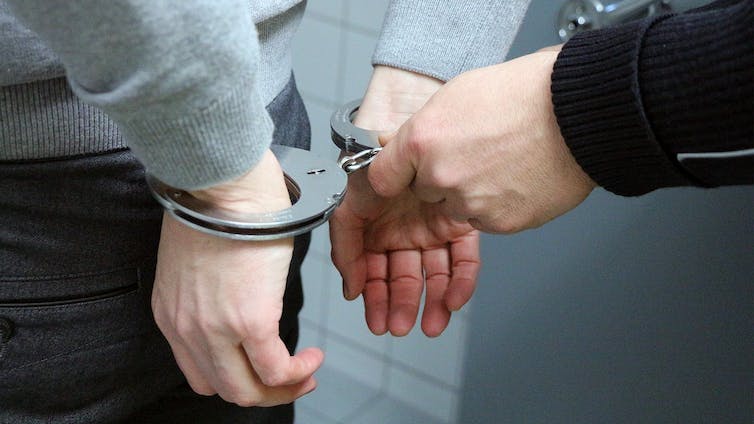 BE had twice been convicted of charges relating to child pornography. Pixabay

A resolution couldn’t be reached between BE and Suncorp, so a report was submitted to the Attorney-General. The report recommended BE receive $2500 for “hurt, humiliation and distress”. Suncorp was asked to revise its recruitment policies to conform with the comission’s guidelines, and train its recruitment staff on these guidelines.

Suncorp argued BE didn’t meet the inherent requirements of the position due to the role’s “additional requirements”. Suncorp requires employees to “actively demonstrate Suncorp values — Courage, Honesty, Respect, Caring, Trust”. They argued that by not fully disclosing his convictions in the initial application, BE didn’t demonstrate honesty. They also expressed concern for his trustworthiness and the risk of him working unsupervised with internet access.

Read more: Three charts on: disability discrimination in the workplace

Suncorp’s concerns were thrown out by Australian Human Rights Commission president Professor Rosalind Croucher. She found that BE met the “inherent requirments”, which were “essential features” of the job and not something “peripheral”, such as trust and honesty. Croucher’s legal reasoning has been overlooked by critics of this Australian Human Rights Comission’s decision. 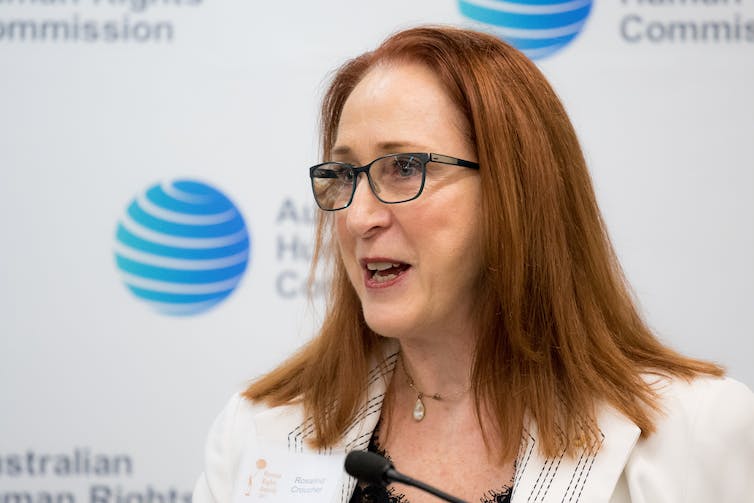 Attorney-General Christian Porter also expressed criticism at the case, vowing to look into it. Porter said

“A legal overhaul may be required to prevent … being told to hire people convicted of serious sex offences or face discrimination proceedings”.

Whether the government has plans to amend the Australian Human Rights Commission Act to broaden the grounds for permissible discrimination remains to be seen. The review should consider whether the “inherent requirements” provisions of the act impose too great a restriction on the hiring decisions of employers.

Lawmakers should also consider whether the extent of criminal conviction discrimination is sufficiently widespread to justify amending the law to better protect those who suffer this form of employment discrimination.