Deportations of foreigners on temporary visas have been on the rise in Australia since the government amended its immigration law in 2014 to give the Minister for Home Affairs the power to expel people they view as a risk to Australian society.

This change in the law has had a disproportionate impact on New Zealanders, particularly those of Maori or Pacific Island descent. In the past two years, more than 1,000 New Zealanders have been forcibly deported from Australia. And according to The New York Times, more than 60% of those who have been deported since 2015 are of Maori or Pacific Islander descent.

In practice, what constitutes a “risk” is defined rather vaguely. This has led to a large number of New Zealanders – and others – being deported on grounds of “character”. According to the law, the minister only needs to find that a foreign-born person:

is or may be, or would or might be, a risk to … the health, safety or good order of the Australian community or a segment of the community … or the health or safety of an individual or individuals.

Many foreigners have had their visas automatically revoked if they’ve been convicted of a crime that carries a prison sentence of a year or more, or cumulative sentences totalling 12 months. Previously, only those with significant criminal records were removed from Australia.

Typically, people are notified that their visas have been revoked while they are serving a prison term. In some distressing cases, visa-holders have been intercepted after they’ve been released from jail, or even taken from their distraught families in pre-dawn household raids.

Those who have been caught up in this wave of deportations call themselves “501s”, after section 501 of the Migration Act, which refers to one of the “character tests”. Many of them have only committed petty crimes but are forced to leave the country anyway, despite having lived in Australia for many years and having substantial family ties here.

The 501s are usually incarcerated in immigration detention centres during the appeal process. They can be kept as far away as Christmas Island, and detained for up to two years, while they wait for their cases to be decided.

Read more: Australia is at risk of losing migrants who are vital to the health of our economy

Recently, Winston Peters, the acting prime minister of New Zealand, called for the release of a 17-year-old New Zealander who has been held in an immigration detention centre in Melbourne since March, saying the practice violates the UN Convention on the Rights of the Child.

As part of our current study into the human impact of Australia’s deportation policy, we interviewed 31 New Zealanders who have been expelled since changes were made to the immigration law.

One deportee, a Cook Islander, told us:

A lot of the boys, the other 501s, I think maybe they’re angry and frustrated and confused about the whole process, I see the grief and the pain that they’re going through, with their families over there, taken away from them all that sort of stuff, I think there’s going to be some sort of impact on their mentality…

The trauma inflicted by the deportation process and the grief caused by the loss of contact with children and other loved ones has been a common theme with our interviewees. Stories of families being torn apart and of children being raised by only one parent were particularly distressing for them to recount.

One 49-year-old Maori man explained the toll on him and his family:

Another theme that emerged was the perception that being held in detention centres before being exiled from Australia was a double punishment. The interviewees, including this 31-year-old New Zealander, see immigration detention centres as prisons in all but name:

We got told once we’re home (from jail), we’re free. I served every day of my jail sentence. I walk out of jail a free man, and from my point of view and I’m sure others would agree, that’s your sentence served. You’ve paid your debt to society.

It’s not difficult to imagine why deportees may feel this way, as many 501s are returned to a country where they have no family ties. They are stigmatised by the media in both countries and often have low or non-existent employment prospects.

Read more: Yes, the US border policy is harsh – but Australia's treatment of refugee children has also been deplorable

Those deported to New Zealand are also subjected to a law passed in 2015 in reaction to the steady stream of New Zealanders being sent back by Australia. This law places people in a parole-like system, regardless of whether they were on parole or even committed a crime in Australia.

This can cause significant psychological trauma to people who have only recently exited prison. Another 31-year-old New Zealander spoke to us about his struggles after being sent home:

When I came back here and was thrust into all this, it was sensory information overload and I said this to probation officer, I said, look here, I just want to go back to my hotel and just take the months of medication that I’ve been given and just go to sleep. I have no support available to me, I have no family. 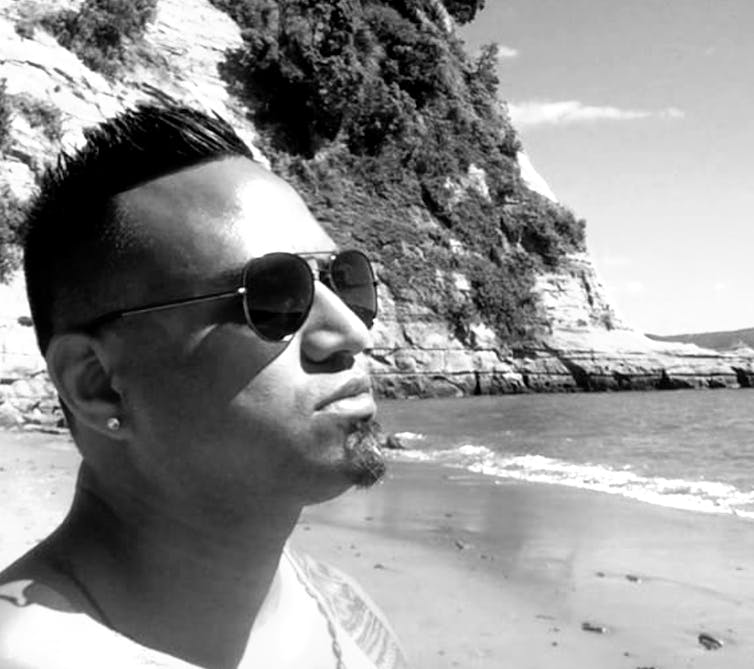 Moses Folau, a New Zealander of Samoan descent who was deported from Australia. He has a son in Melbourne he rarely gets to see. Author provided (No reuse)

Questions of race and cost

After hearing these deportees’ stories, we believe it is legitimate to question whether the human costs of this policy outweigh the benefits. Does it breach the human right to family life enshrined in the International Covenant on Civil Political Rights? Or does the law inflict double punishment, which would also be inconsistent with the covenant?

Broader questions can also be raised about the impact of the policy on marginalised groups in society. Prisons throughout the world are filled with the poor and people of colour. The 501s in Australia are often both. So, is this law then reminiscent of a White Australia Policy?

Finally, the costs associated with Australia’s deportation policy should also be examined. How much is it costing to detain these people, particularly in places like Christmas Island? Deportees are also told they cannot return to Australia if they win their appeal, unless they pay for their original deportation. These costs have been quoted as high as AU$22,000 per person.

The development of policies intended to protect Australians from future harm has been a strong feature of the legislative landscape in Australia over the past 20 years. The plight of crime victims should never be ignored, but that is the concern of the criminal justice system. When analysing the policy outcomes of the politics of risk, we should always consider carefully whether the means justify the ends, and the impact on human rights.

The 49-year-old Maori we interviewed made this point very clear in one sentence:

We are people who have a criminal history, but we’re still human beings.