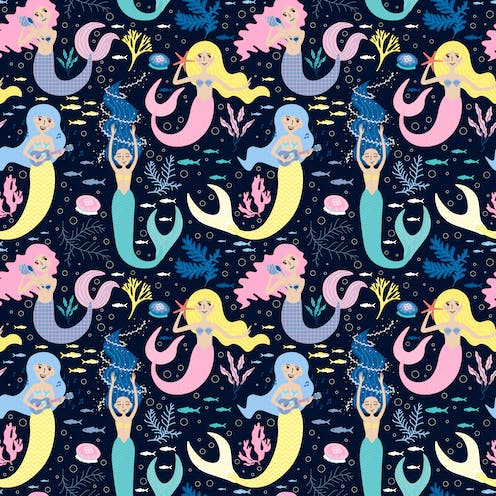 Have you seen a mermaid?Shutterstock

This is an article from Curious Kids, a series for children. The Conversation is asking kids to send in questions they’d like an expert to answer. All questions are welcome – serious, weird or wacky! You might also like the podcast Imagine This, a co-production between ABC KIDS listen and The...

Sadly, no. There are a lot of TV shows, movies, and fairy tales about mermaids. Some of them are fun and lighthearted, others are designed to be scary.

Some people have claimed to have seen real mermaids, but these have been proven to be hoaxes.

One thing we do know is that mermaids have been a part of human storytelling around the world for a long time.

Thousands of years ago

Thousands of years ago in the ancient Neo-Sumerian Empire (located in the Middle East) the goddess Atargatis (also known as Derketo) was described as being half woman and half fish.

The ancient Roman writer, Pliny also described mermaids from Gaul (modern France, Luxembourg, Belgium and Western Germany). Pliny says that there were a lot of people who washed up on the shore, and these people were covered in scales.

In the Middle Ages, there were many depictions of mermaids, and these depictions were very common across Europe. They were depicted as human from the waist up, and a fish from the waist down. Mermaids in the Middle Ages were viewed as dangerous and said to drown sailors. Many tales warned men to stay away from beautiful women and be careful at sea.

Read more: Curious Kids: what's it like to be a fighter pilot?

A case of mistaken identity

When exploration became more widespread, sailors began to see animals such as the manatee and dugong more, often mistaking them for mermaids. Both animals have a long tail that resembles the traditional mermaid’s tail. The dugong and manatee are most commonly found in oceans near Africa, and Southeast Asia.

Sailors who saw their tail splashing often believed they were seeing a mermaid’s tail as she was diving under water. During this period, the mermaid was still seen by sailors as an omen of ill luck. Some folk tales about mermaids described them as beautiful women who distracted sailors when they sailed past their rocks and made the ships crash. 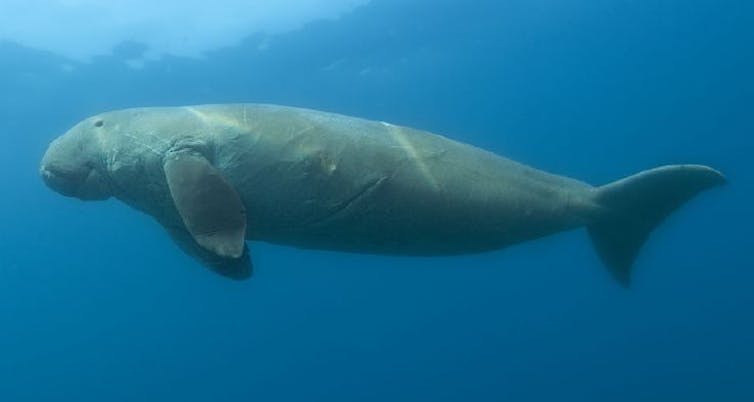 You can spot dugongs in oceans near Africa and South-East Asia. Geoff Spiby/Wikimedia Commons, CC BY-SA

In 1837, Hans Christian Andersen wrote The Little Mermaid and the image of the frightening mermaid changed. While previous tales focused on mermaids luring sailors to their deaths, The Little Mermaid was notable for having the mermaid save a human life.

In 1842, P. T. Barnum, who owned a museum in America, attempted to prove mermaids existed. Barnum announced he had come into possession of a “Feejee (Fiji) Mermaid”. The mermaid was a carefully sewn together forgery: a baby monkey’s head, chest and arms were attached to the tail of a fish. This captured the imagination of Barnum’s audience, who had previously seen dugong and manatee tails displayed as genuine mermaid tails. While the Feejee Mermaid is now known as one of Barnum’s many fake animals, it drew a lot of attention, and many more fake mermaids have been created in the same manner. 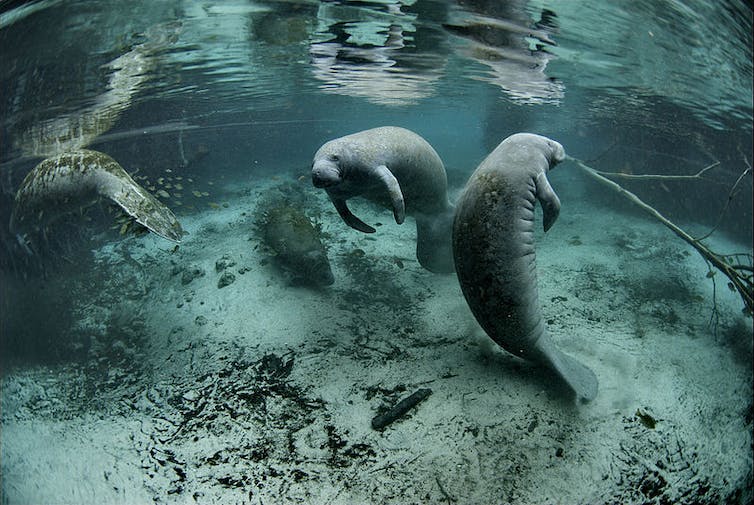 Manatees have tails caused them to be mistaken for mermaids. David Hinkel/Wikimedia Commons

While we have no proof that mermaids exist, there are many cultures with traditions of part-humans who live in oceans or lakes. Many of the mermaids in Western Europe, and the Middle East are shown as part human, and part fish, although in other cultures the fish tail may be a snake tail instead.

Very few mythical creatures can be found in so many diverse cultures across such a long period of time without changing. So even if mermaids are not real, they will likely continue to lurk in the human imagination.