We often hear about the need for more health services and infrastructure in Sydney’s outskirts, and in Western Sydney in particular. This commentary mostly overlooks the need for potentially effective, though politically controversial, local services like a medically supervised drug consumption room.

A drug consumption room is a facility in which people with established patterns of drug use can do so under the safe supervision of medical practitioners. Sydney is home to the first medically supervised injecting centre (MSIC) in the southern hemisphere, located in Kings Cross. The facility has been highly successful at reducing the health and social harms of drug use – including many likely deaths from overdose – since it was set up in 2001.

Read more: What goes on inside a medically supervised injection facility?

But the facility is also located in a specific part of the inner city, which means it’s not easily accessible to people living outside the CBD or nearby suburbs. Our interviews with clients of the Kings Cross centre – many of whom came from outlying parts of Sydney – showed a substantial proportion of people who inject drugs in Sydney may experience difficulty in getting to the centre.

One facility can’t be expected to service all

Sydney comprises a large urban sprawl with a dispersed web of loosely connected urban and suburban centres. The city has notoriously difficult transport networks, which make movement from the inner city to the west very cumbersome.

Sydney has also undergone significant growth in the 17 years since the Kings Cross supervised injection room was established. This includes major expansions to its bulge of south-western suburbs – areas that are rapidly becoming more densely populated and which have a notable profile of disadvantage. 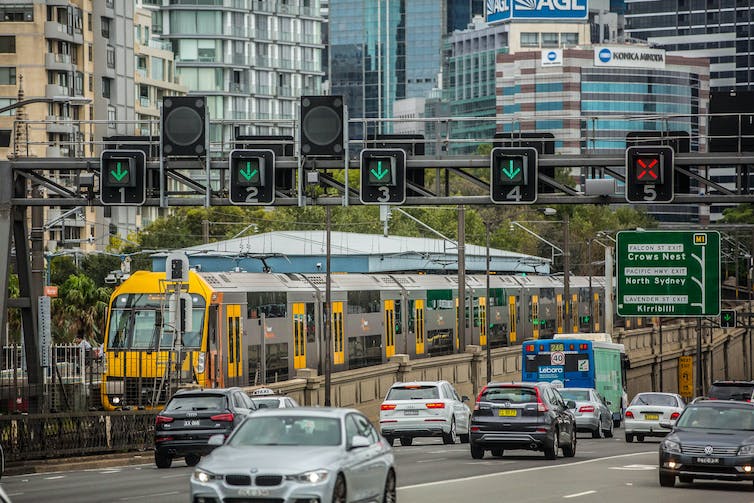 Sydney is a vast urban sprawl with a complicated public transport system, which makes travel from outer suburbs to the inner city difficult. Glenn Campbell/AAP

And inner Sydney has been rapidly gentrifying in a pattern that creates further social exclusion. Formerly poor, “rough” neighbourhoods, such as Kings Cross, Darlinghurst and Surry Hills, have undergone major transitions into “trendy” middle-class entertainment districts or subdued residential enclaves. This raises concerns about the erosion of local support for drug services and housing for marginal people seeking shelter.

While people who use drugs may be seen as a threat to public safety, this often discounts their situation as victims. A 2010 study showed that 95% of people who used methamphetamines and opiates had experienced longer-term victimisation from violence. And 46% had been victims of violence in the past 12 months.

We interviewed 22 clients of Sydney’s Medically Supervised Injecting Centre in 2016, as part of a larger study of Australian men’s experience of violence as both perpetrators and victims. A significant proportion of the clients we spoke to were from outlying parts of Sydney, including Parramatta, Blacktown, Liverpool and Campbelltown.

Around half of those we interviewed reported feeling uncomfortable or being harassed and stigmatised by police, security and transport officials when getting around the city. This showed the reasonable fears and sense of vulnerability that these and other clients have about commuting back and forth to the inner-city drug service.

In some cases, this vulnerability had led these interviewees into periods of drifting into the inner city, with a follow-on reliance on low-cost boarding homes, marginal housing or services for the city’s homeless. This cut them off from their family, friendship and social support networks.

At a recent coronial inquest into the deaths of six opiate users in New South Wales in 2016, the deputy state coroner, Harriet Grahame, noted the need for more injecting centres. Responding to the expert testimony of the medical director of the Kings Cross injecting centre, Marianne Jauncey, Grahame asked:

Why don’t we have one yet in Western Sydney? I’m serious. It is so frustrating to have people like you here saying that there are answers to this problem and yet we’ve had one medically supervised injecting centre in NSW for 17 years. By now I would have thought we’d have a few more.

There has been recent debate about the prospect of Liverpool (which is in south-western Sydney) or a nearby location being chosen for a second drug consumption room. While opposition to this has so far derailed the momentum for its establishment, the key objections came from politicians, developers and business groups, rather than health experts, drug treatment services, or even a significant number of local residents.

Government and public health officials in Melbourne have recently agreed to the establishment of an injecting centre in their city, citing the success of the Kings Cross facility. It now seems entirely appropriate that a city as large, expansive and diverse as Sydney, and with its sizeable number of injecting drug users, should have the benefit of another one of these facilities.

Read more: Why there's no legal barrier to a Melbourne drug injecting room, despite political setbacks