A large, ochred sail swells, rolls and eases in the heavens of the stage. It forms both ceiling and horizon. It pulls our gaze forwards, compelling us to look into possible futures. It also frames our present: we are nothing under the weight of this heaving, breathing Mother Earth.

Father and daughter are at an intergenerational cleave. Jerry has shut himself off. He ruminates in his salty outpost, haunted by ancestral visions which ferment with anger. Simone has “more degrees than a thermometer” and plans to repatriate the remains of her great-grandfather, the leader King Tulla, as part of her PhD. To the despair of her father, she digs up a brutal family history.

For the expanse of tragedy that envelopes this family, Sumner’s play is punchily comedic. Characters move through fast-paced dialogue to land in extended, searching monologues. We understand the complex web that haunts the world of the play is also the context of its making.

Jerry is irreverent about what is claimed on behalf of Indigenous Australians. He yearns for a return to traditional ceremony but lacks the knowledge to cultivate it. He despises the populism of young activists who make “so-called dot paintings” or use “Welcome to Countries to open buildings”. “You don’t listen!” he bellows. “I’m getting old. My Dreaming is all I have.”

Like a tide, the restraint in Blair’s performance recedes only to erupt in a howl of rage that unforgivingly swallows us all. 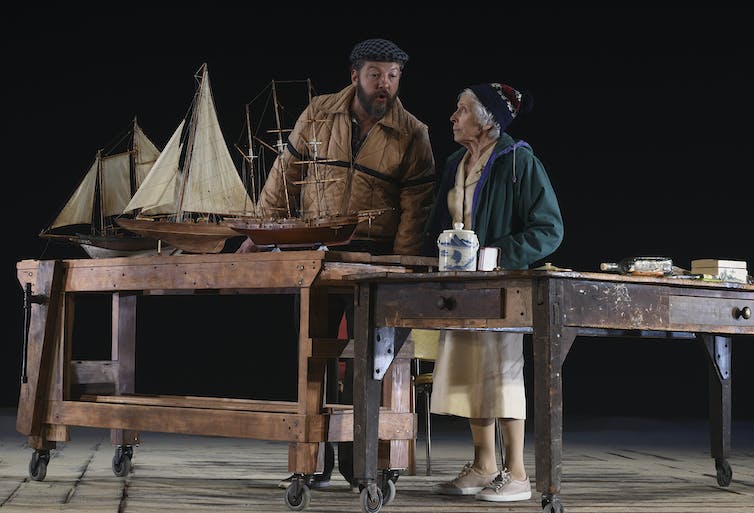 Jerry’s grief is underpinned by the formidable stage presence of composer and musician William Barton. His weaving, lilting compositions with didjeridu support the raw vocality many of the actors unleash. Part lament, part call to action, his music demands a different means of attending to the worlds unfolding before us.

Neither completely past nor present, we are suspended – much like the characters – in a kind of purgatory in which we are compelled to reckon with each other and ourselves. And yet when we feel seduced – or submerged even – the work pulls reality starkly back into focus. “Ain’t no rules about how many dots are in a dot painting,” quips Jerry’s wryly entrepreneurial sister, played with mirthful ease by Ningali Lawford-Wolf. “White guilt is the best thing that ever happened around here.”

White guilt, along with white violence, is one of the origin folds of this story. It festers as part of the shame, the ongoing, percolating wound that is the plot-space of contemporary colonisation. Gladys (Melissa Jaffer), Jerry’s Scottish-born grandmother who was in love with Tulla, embodies this kind of guilt, having “selfishly” thrown her “heart” away in an act that she only now, in her ghostly afterlife, realises led to his death. Tulla was murdered for having fathered her child and his body sent out on a ship. Jaffer’s delivery expels remorse to its brutal core.

There has been attention given this week to the making of this work. Sumner has expressed regret at the editorial practice that he claims came with Armfield’s direction. Others have spoken back to what they see as Sumner’s blindsiding of Indigenous women, in particular.

Out of this a call for a national Aboriginal theatre company – in which Indigenous artists offer a “safe place for Aboriginal writers to come and experiment and know that their stories aren’t going to be hijacked” – has been again articulated. And why not? And why not have Indigenous writers reviewing the works as well? 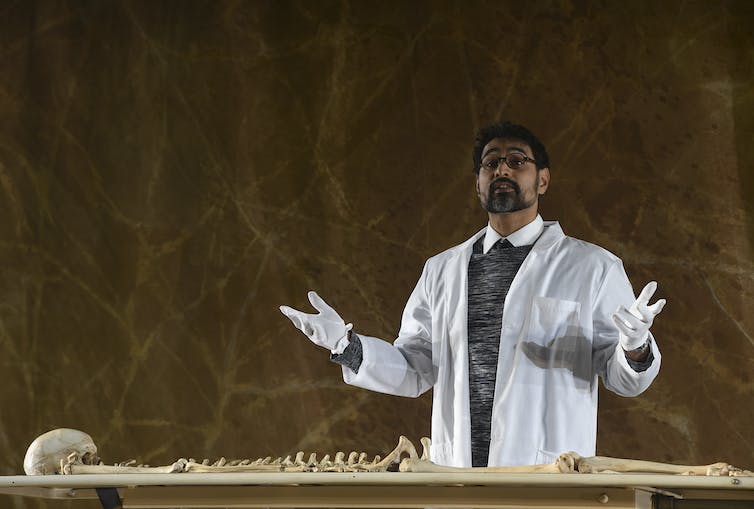 Roslyn Poignant’s study of the 1993 repatriation of the remains of the Palm Islander man Tambo points to the role Western performance practices have historically played in colonisation. Tambo was abducted in 1883 to perform as an exhibit at the European World Fairs. When he died from disease and isolation his mummified body was displayed in a museum in Ohio. In this piercing history, performance has a lot to answer for.

The implication is that repertoires – the performance practices by which stories are rehearsed, remade and retold – travel across time in uneasy ways. They return to haunt us in ways we don’t always expect. They can be more stubborn to move than the ancestral bones of a tribal king.

The close of the play offers a plea for healing “in all our broken places”. As this work shows, healing both opens and closes wounds. We are pulled into new futures as the sky splinters around us. The process isn’t easy.

The Long Forgotten Dream is being staged in Sydney until August 25 2018.