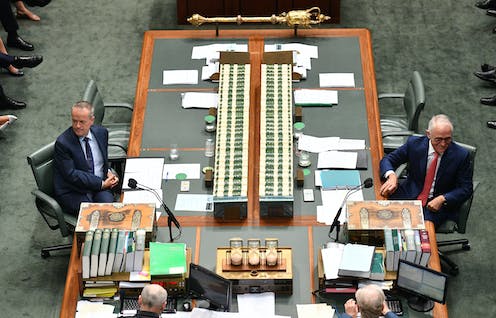 Australians should be able to see who donates to political parties, but our political donations laws fall far short of this ideal. Recent reforms in New South Wales and Victoria mean that voters will have much better information about who is donating. But when it comes to donations at the federal level, voters remain largely in the dark.

Money in politics is regulated to reduce the risk of interest groups “buying” influence. Explicit quid pro quo is probably rare: as the saying goes, “you never bribe someone when you need them”. But the risk is in more subtle influence: that donors get more access to policymakers, or their views are given more weight.

Read more: The truth about political donations: there is so much we don't know

Publishing information about larger donors creates a public check on this behaviour. Voters are able to see who political parties rely on for funding, and MPs are more accountable for their subsequent decisions.

The trend in the states is promising. Victoria and NSW both increased the transparency of political donations last month.

NSW’s already extensive donations regime was tightened from July 1 this year. NSW political parties are now required to disclose donations of $1,000 or more within 21 days during election campaigns (as in Victoria), and within six months otherwise.

When it comes to transparency, Queensland does one better: the 2017 state election was Australia’s first with “real time” disclosure. Donations of $1,000 or more are lodged through an online portal and are made public within seven working days. The Queensland Electoral Commission even provides interactive maps of donations by electorate.

Most other states also have decent disclosure requirements. In South Australia, parties are required to disclose donations of $5,310 or more every seven days during an election period (and every six months otherwise). The disclosure threshold in Western Australia is $2,300.

Tasmania is the only state with disclosure laws as weak as the Commonwealth’s.

These laws mean voters can know, before they go to the ballot box, who is funding parties’ election campaigns.

The Commonwealth has a long way to go

The states are taking political donations reform seriously – and that’s a good thing. But state reforms are limited by state boundaries. Until the Commonwealth catches up, we won’t be able to “follow the money” across all jurisdictions.

Under Commonwealth regulations, it can take up to 19 months for donations to be made public. That’s why Prime Minister Malcolm Turnbull’s $1.75 million donation to the Liberal Party in the lead-up to the 2016 election was not officially made public until the start of this year.

Only donations of more than $13,800 are required to be disclosed. And there is no requirement to aggregate donations, which means an individual donor can make a series of donations below $13,800 without disclosure.

The result is a huge amount of money in the federal system that we know nothing about. Parties received more than $100 million from undisclosed sources in the two financial years spanning the 2016 federal election. Without this information, it is difficult for public scrutiny to provide a “check” on the possibility of donor influence.

Some of this money no doubt came from “mum and dad” donors contributing $100 to their preferred party. But some is probably the result of “donations splitting”, where people or organisations make multiple donations below the threshold. Some might also be income from fundraising dinners and business forums, for which attendees pay thousands for an opportunity to “bend the ear” of elected representatives.

Donations can also be filtered through associated entities of the parties. This makes money (and influence) even more difficult to track. These entities – unions, investment funds, or fundraising organisations – occasionally frustrate donations restrictions by taking money on behalf of “their” party.

In a particularly egregious case, investigations uncovered that hundreds of thousands of dollars in unlawful donations had filtered into NSW Liberal Party accounts through a federal associated entity.

Read more: Ban on foreign political donations is both too broad and too narrow, and won't fix our system

Let the sun shine in

The disclosure threshold should be lowered as the states have done. The current threshold of $13,800 is well above the amount that a regular voter could afford to contribute to a political cause. A lower threshold of around $5,000 would still protect the privacy of small donors while improving transparency and accountability.

Disclosure of donations should be much quicker. Queensland and South Australia now have “real time” disclosure during elections; the Commonwealth can clearly do better than a 19-month turn-around. Disclosure within three weeks – as in NSW and Victoria – would be far superior to the current system.

The states’ political donations laws aren’t perfect, but they are heading in the right direction. It’s time for Canberra to catch up.